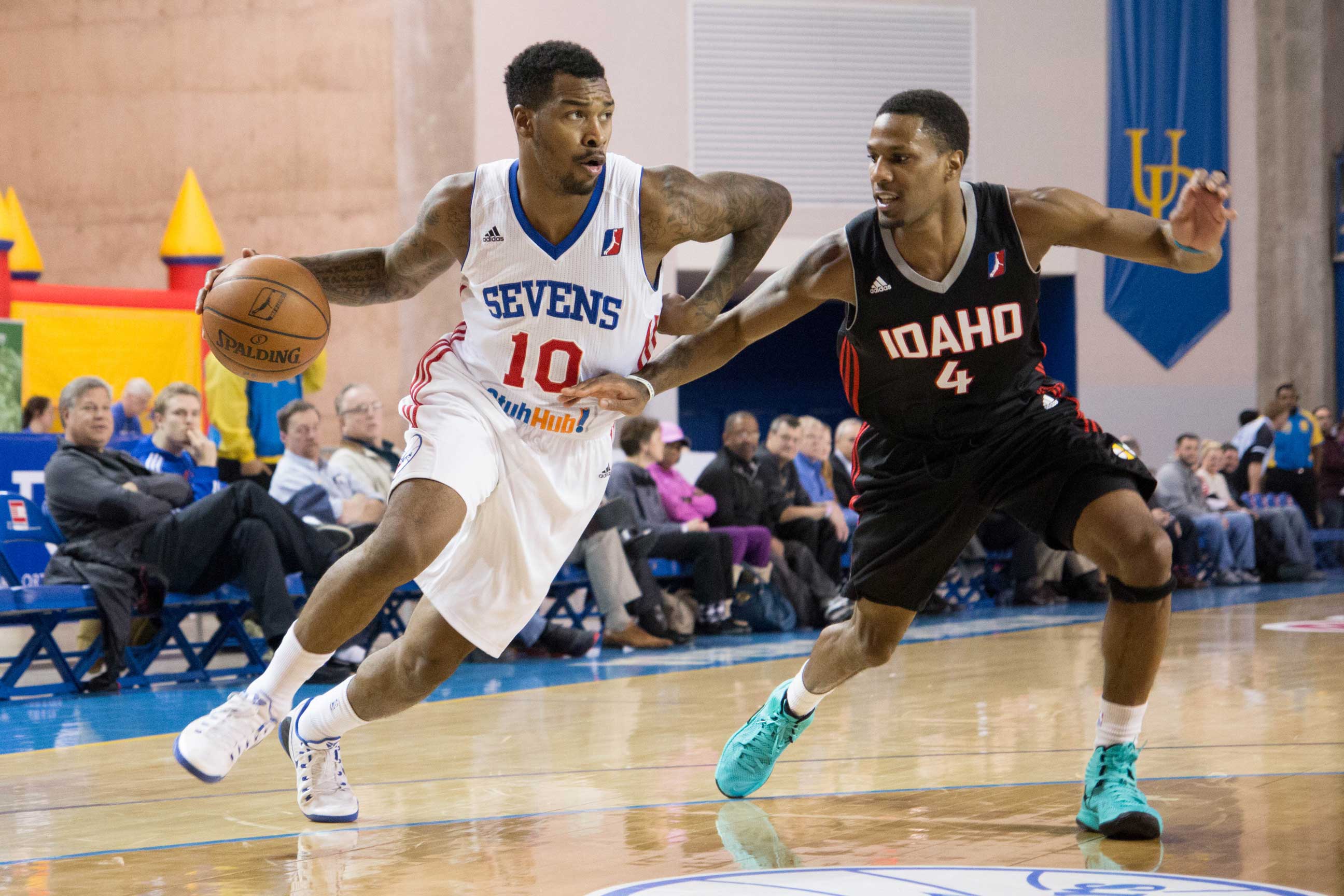 Sean Kilpatrick left White Plains (N.Y.) High School as a star basketball player who averaged more than 28 points per game and had a bright future ahead of him. He will return to the city on Friday still hoping to achieve his ultimate dream of playing in the NBA. Kilpatrick, 25, is a member of the NBA D-League’s Delaware 87ers who are visiting the Westchester Knicks at the Westchester County Center. The game is expected to be a sellout, with many of Kilpatrick’s family and friends in attendance, and possibly even Thomas Roach, the Mayor of White Plains. “I’m just looking to play well,” Kilpatrick, who went undrafted last year out of Cincinnati despite being the second-leading scorer in program history behind Oscar Robertson, told SNY.tv by phone. “It’s a big homecoming for me. It would be good for the 87ers’ organization as well so I’m just trying to do well for my team and not only that, for my family as well.” The Santa Cruz Warriors traded Kilpatrick and a first-round pick to Delaware last month in exchange for former St. Peter’s Prep and St. Joe’s star Ronald Roberts, who has since signed in the Philippines. Part of Kilpatrick’s motivation for coming back East was to be closer to his 4-year-old daughter, Bailey, who stays with her mother in Westchester. “I was on the other side of the map so with me not being able to see my daughter it really hurt for her not being able to see me as much,” he said. “So it played a huge role with the whole trade situation, so it made things a lot easier for my coach [in Santa Cruz] to say, ‘I think it’s better for you to be home a little bit.'” Now that he’s back East, “I get to see her pretty often now that I’m closer to home,” he said. “I’m only two hours away so I can go home any time.” He added of his daughter: “They start getting crazy once they get older.” Kilpatrick is averaging 17 points in his last two games for Delaware. For the season, he’s averaging 11.5 points and 3.2 rebounds. His ultimate goal, of course, would be to get called up by the Philadelphia 76ers, the Sevens’ parent club and the team for which Kilpatrick played in the NBA Summer League. Kilpatrick underwent surgery on the meniscus in his knee after summer league, which his agent, Mark Bartelstein, said “cost him some opportunities.” “The good news is, he’s worked his tail off, he’s got tremendous, tremendous work ethic and resiliency and he’s got himself back in great shape and now he’s starting to play at a really high level and everyone in the league is keeping a really close eye on him,” Bartelstein told SNY.tv. “You gotta remember, this is a first-team All-American last year at Cincinnati. Now that’s he back healthy, I anticipate that he’ll get called up in the second half of the season.” “At the end of the day, I’m still a free agent so I can be called up by anyone,” Kilpatrick said. “Like I told my agent, I’m just focused on what’s going on right now.”

For now, Kilpatrick and his teammates, who includes former Villanova guard Maalik Wayns and former Oregon State guard Jared Cunningham, travel from city to city on a Prevost XLII sleeper bus where they can catch some winks and watch TV. “It’s not as bad as I thought it would be,” he said of D-League life. “I thought it was going to be the bottom of everything, but we have great guys here on the team and we also have a great coaching staff as well so it wasn’t as bad as I thought it was going to be coming to Delaware. It’s a huge transition from being in Santa Cruz to Delaware weather-wise, but I know everyone here so it’s pretty good.” Delaware assistant coach Doug Stewart says Kilpatrick has been a strong addition. “He played well for the Sixers in the summer league,” Stewart said. “He brings toughness, skills and scoring so all teams are looking for guys that can bring those things to the table, and he’s a great teammate as well.” He added: “When you get a guy like Sean who was an All-American in college and you can plug him into a fast, open offensive scheme, we’ve got high hopes for him.” Because of his daughter, Kilpatrick has no plans to play overseas next season and instead hopes to pursue his dream here at home. “I’m not going overseas, that hasn’t really been a thought,” he said. “I’m just focusing on the task right now.” Photo: Delaware 87ers

Boeheim Reached Out to Recruit About Postseason Ban