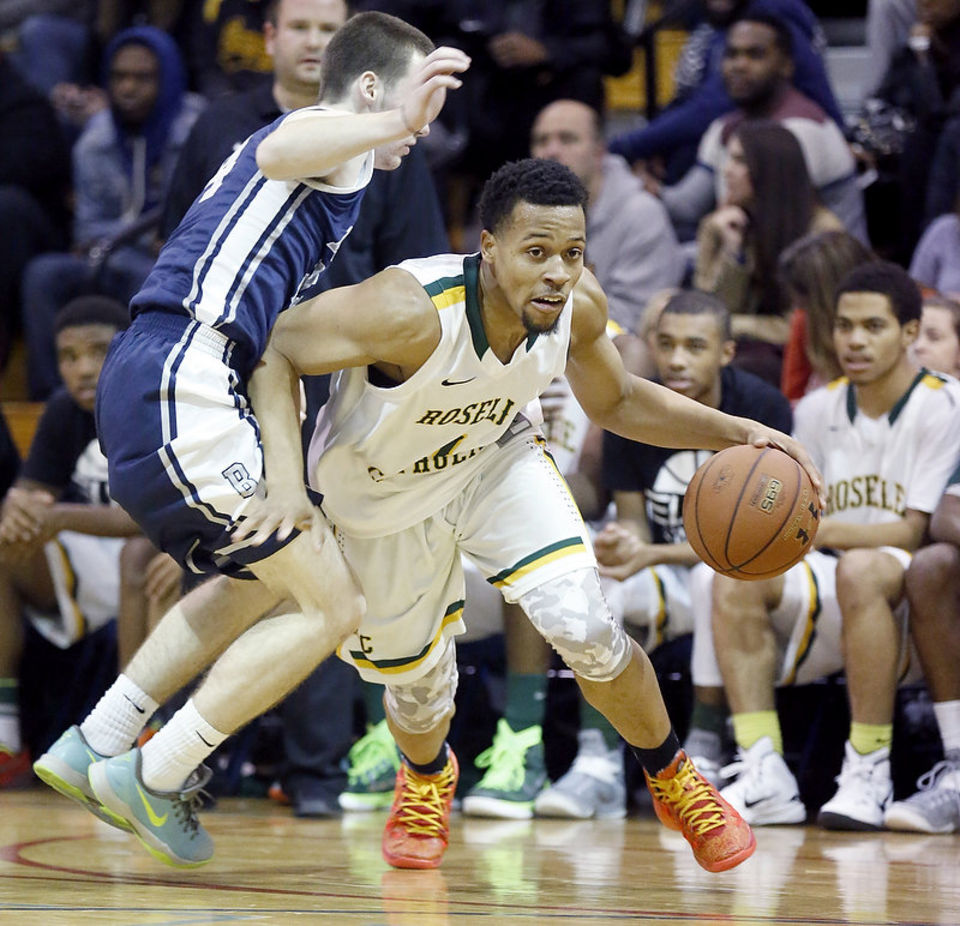 WEST ORANGE, N.J. — It wasn’t so much a basketball game as it was a demonstration of New Jersey’s version of Dunk City. Kentucky-bound Isaiah Briscoe and his Roselle (N.J.) Catholic teammates spent the better part of Sunday evening running up and down the court hitting 3-pointers, flushing dunks and throwing alley-oop lob passes en route to a 78-46 dismantling of Blair Academy in the Hoop Group Tip-Off Showcase at West Orange High School. The 6-foot-3 Briscoe earned game MVP honors after putting up 23 points, including two dunks and two 3-pointers, 6 rebounds and 6 assists in just three quarters of play. Next up for Roselle Catholic — ranked No. 5 nationally by USA Today — is a game Tuesday against Elizabeth for which Wildcats head coach John Calipari is expected. 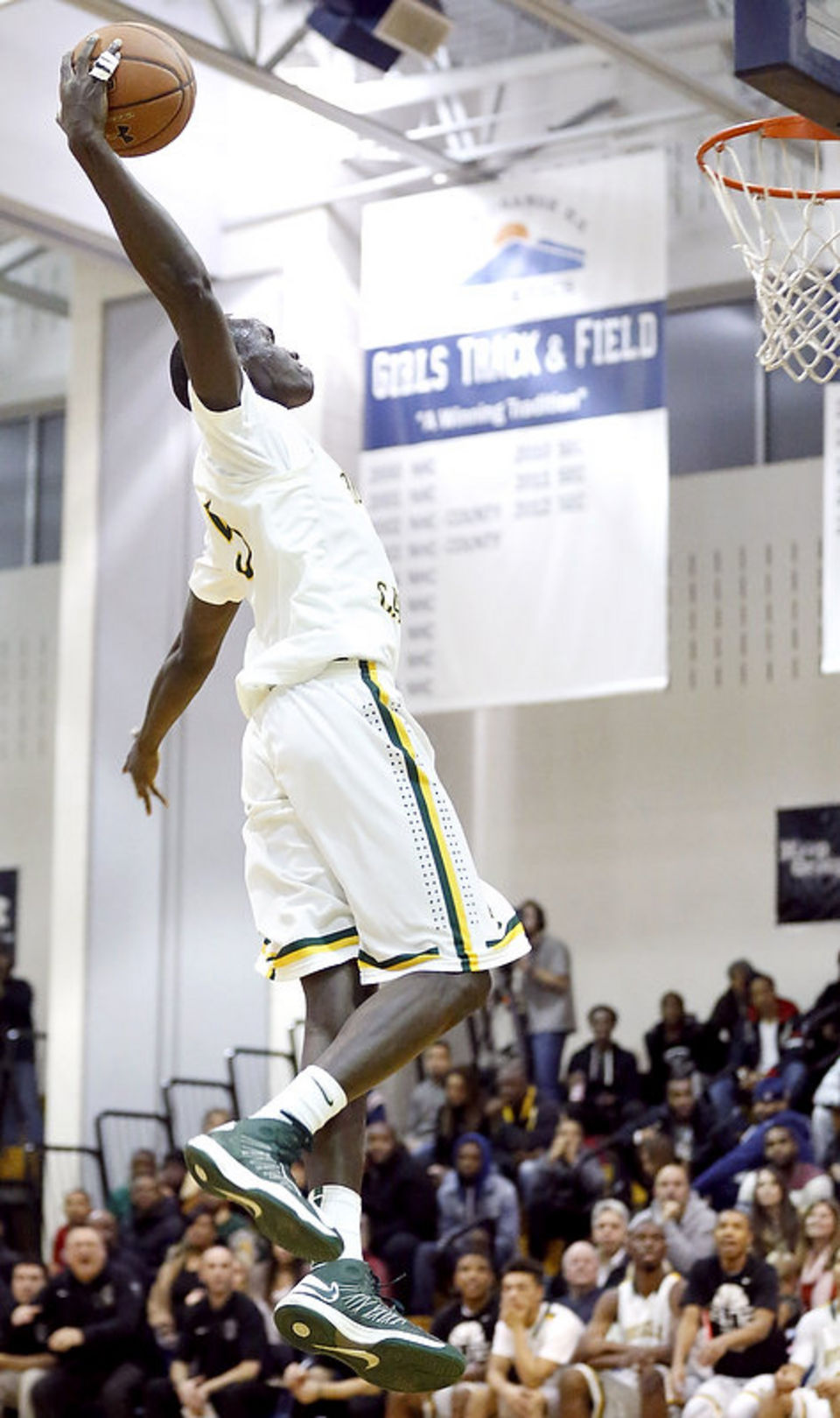 “The most important part is that we had fun,” Briscoe said after the rout. “Everybody passing the ball, smiling, laughing. At the same time, we took care of business, so that’s the ideal win that we would love to have every time we go out on the court.” Blair features Notre Dame-bound Elijah Burns and Villanova signee Tim Delaney, but they were simply no match for RC’s high-flying aerial show. The Lions led 21-6 after the first period, and 40-15 at the break, when Briscoe had 18 points and a handful of assists. On several occasions where he could have scored, Briscoe instead dumped off to a teammate for a dunk or a layup. “I think Isaiah’s naturally an unselfish kid on the basketball court,” RC coach Dave Boff told SNY.tv. “He wants to make his teammates better. He wants to throw the pass. He gets as much enjoyment out of seeing his teammates do well as him doing well. I think that he’s just kind of doing the things that come naturally to him.” Said Briscoe: “It just naturally happens, I just naturally make the good basketball play.” 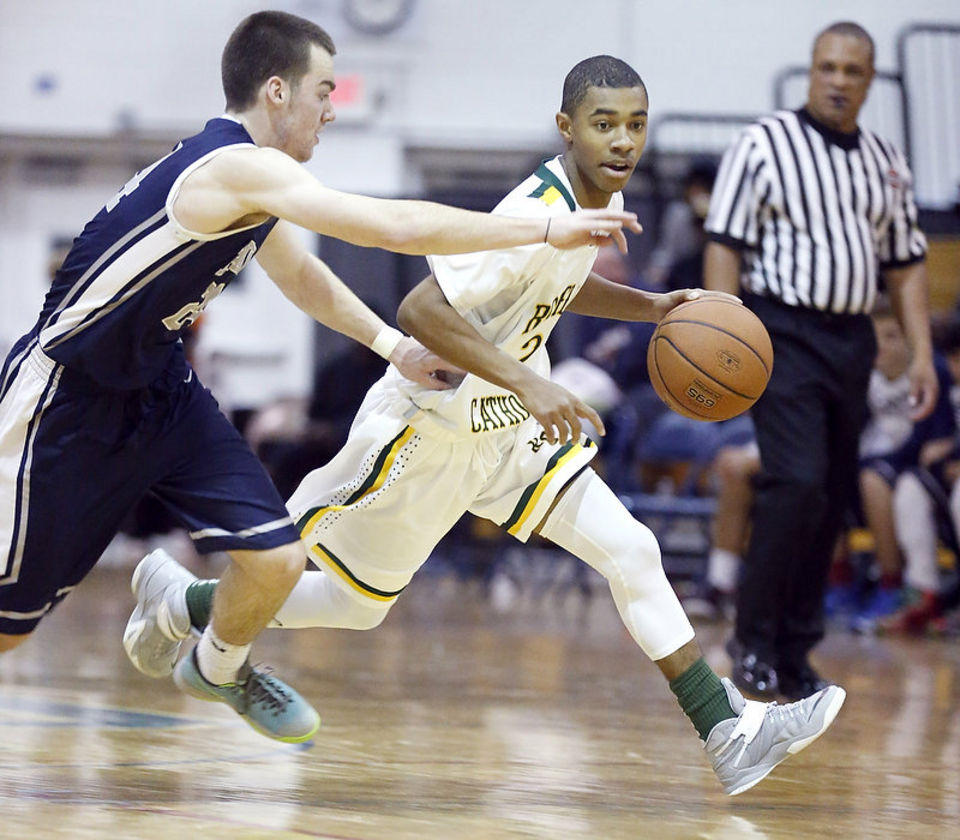 New Jersey has featured some powerhouse teams in the last decade, most notably from traditional powers St. Anthony, St. Benedict’s and St. Patrick, but this Roselle Catholic team is about as deep and talented a team as the Garden State has seen in recent memory. In addition to Briscoe, the Lions start Monmouth-bound 6-8 forward Pierre Sarr, 6-9 South Carolina signee Chris Silva and 2016 guards Asante Gist and Matt Bullock, both of whom are piling up offers. In the 2007-08 season, Bob Hurley’s St. Anthony team went undefeated en route to the New Jersey Tournament of Champions title with a team that featured Tyshawn Taylor, Mike Rosario, Jio Fontan, Tray Woodall and Dominic Cheek, among others. That same year, Danny Hurley’s St. Benedict’s team included Samardo Samuels, Tristan Thompson, Scott Machado, Tamir Jackson, Greg Echenique, Myck Kabongo, Gil Biruta, Mike Poole, Tavon Sledge and Steve Frankoski. “I said before the game, I thought they were one of the most talented and hard-playing teams I’ve seen in the last 10 years,” said Blair coach Joe Mantegna, who has coached NBA players Luol Deng and Charlie Villanueva. 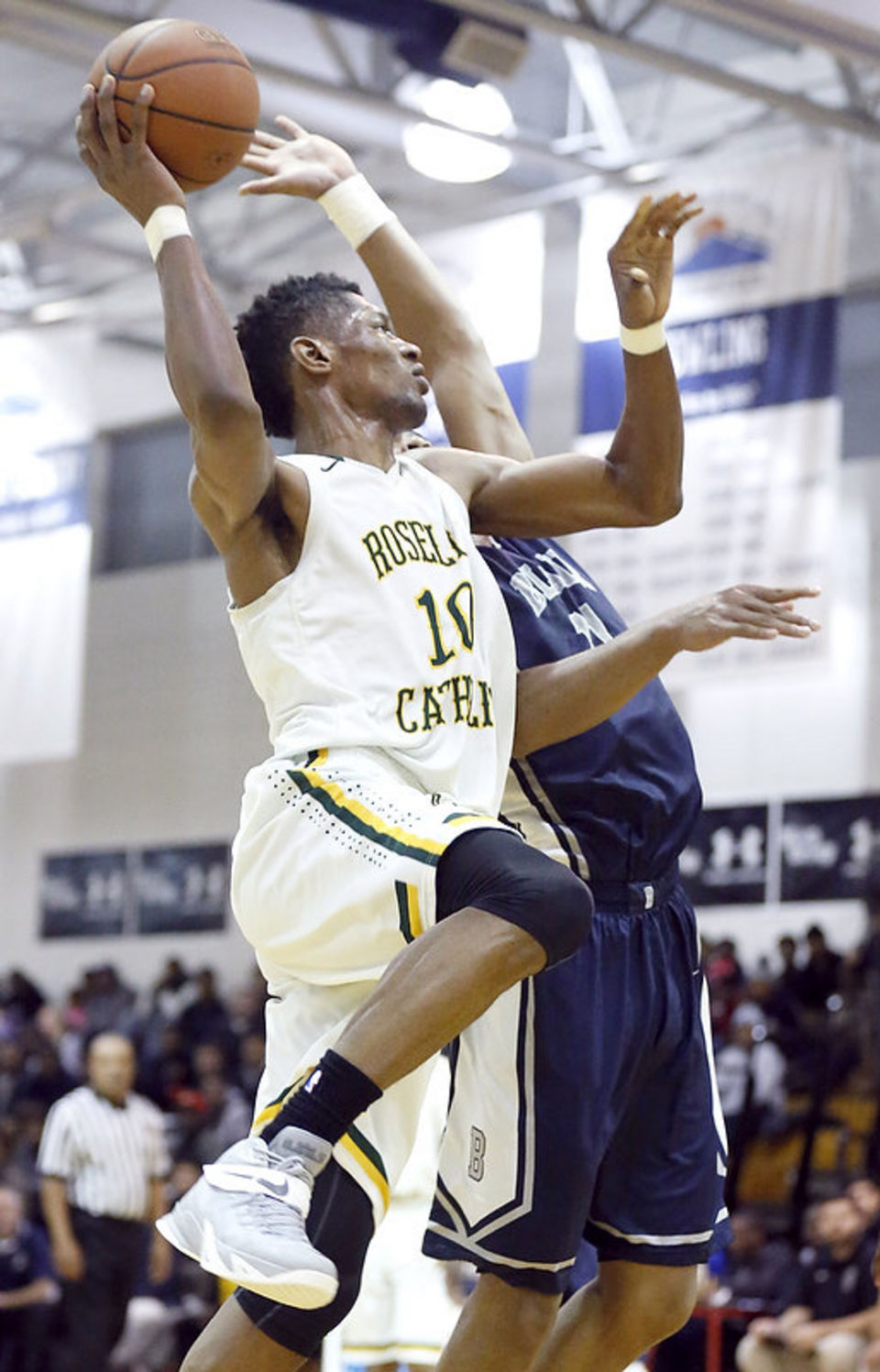 “This [Roselle] team and those two teams from a talent standpoint are the three best. I think they’re one of the most talented teams in New Jersey in the last decade that we’ve seen.” Briscoe has said that it’s TOC or bust for this team, and it’s hard to imagine any team in New Jersey taking them down. St. Anthony, St. Pat’s, St. Benedict’s, St. Joe’s-Metuchen and Linden are all on their schedule so it won’t be easy within the state. Their national schedule includes games against Gonzaga College (D.C.) High School, DeMatha (MD), a Ben Simmons-led Montervde (FL) Academy team and a Cheick Diallo-paced Our Savior New American team. “If they shoot the ball well, they’re close to unbeatable,” Mantegna said of RC. “You gotta kind of pack it in and hope they don’t make shots, which is what we were trying to do. And then you gotta limit their run-outs.” That description sounds somewhat similar to what it will take for a college team to beat No. 1 and unbeaten Kentucky, which obliterated UCLA, 83-44, on Saturday. “I think I was working out or something and I got the call that they were up big,” Briscoe said of his future team. “Yesterday was one I wanted to see, but I was busy working out, but I got the call.” Asked if he thought Kentucky could go undefeated, Briscoe said, “Absolutely.’

Can Kentucky and RC both go undefeated? “That would be nice, that would be nice, that would be nice, actually,” he said with a big smile. Briscoe said he stays in constant contact with Kentucky freshman guards Tyler Ulis and Devin Booker, his likely future teammates. “All the time I’m texting them, talking to them and they’re just saying they can’t wait till I get up there,” Briscoe said. Briscoe can easily envision himself playing and thriving alongside the 5-9 Ulis. “If I got the ball, Tyler’s running the wing,” he said. “If Tyler got the ball I’m running the wing. He’s a pure point guard so I know if I get my jump shot right and get more athletic, he can throw me alleys and all that.” Calipari also called him before Sunday’s game to say he would be there Tuesday. “He said, ‘Just keep working hard and he can’t wait to see me next year,'” Briscoe said. After Tuesday, Briscoe and RC head to Delaware Tuesday for the Slam Dunk to the Beach Event where they will play the Haverford (PA) School Sunday and Gonzaga College High School Monday. The scary thing for those schools is that Briscoe and RC still have another several gears to kick into. “Hopefully [we can get] a lot better because traditionally we’ve played our best basketball at the end of the season so I would not want to think that we’re peaking right now,” Boff said. “We’re certainly playing well right now but I think we have another notch or two still to go.”  Photos: Aristide Economopoulos | NJ Advance Media for NJ.com