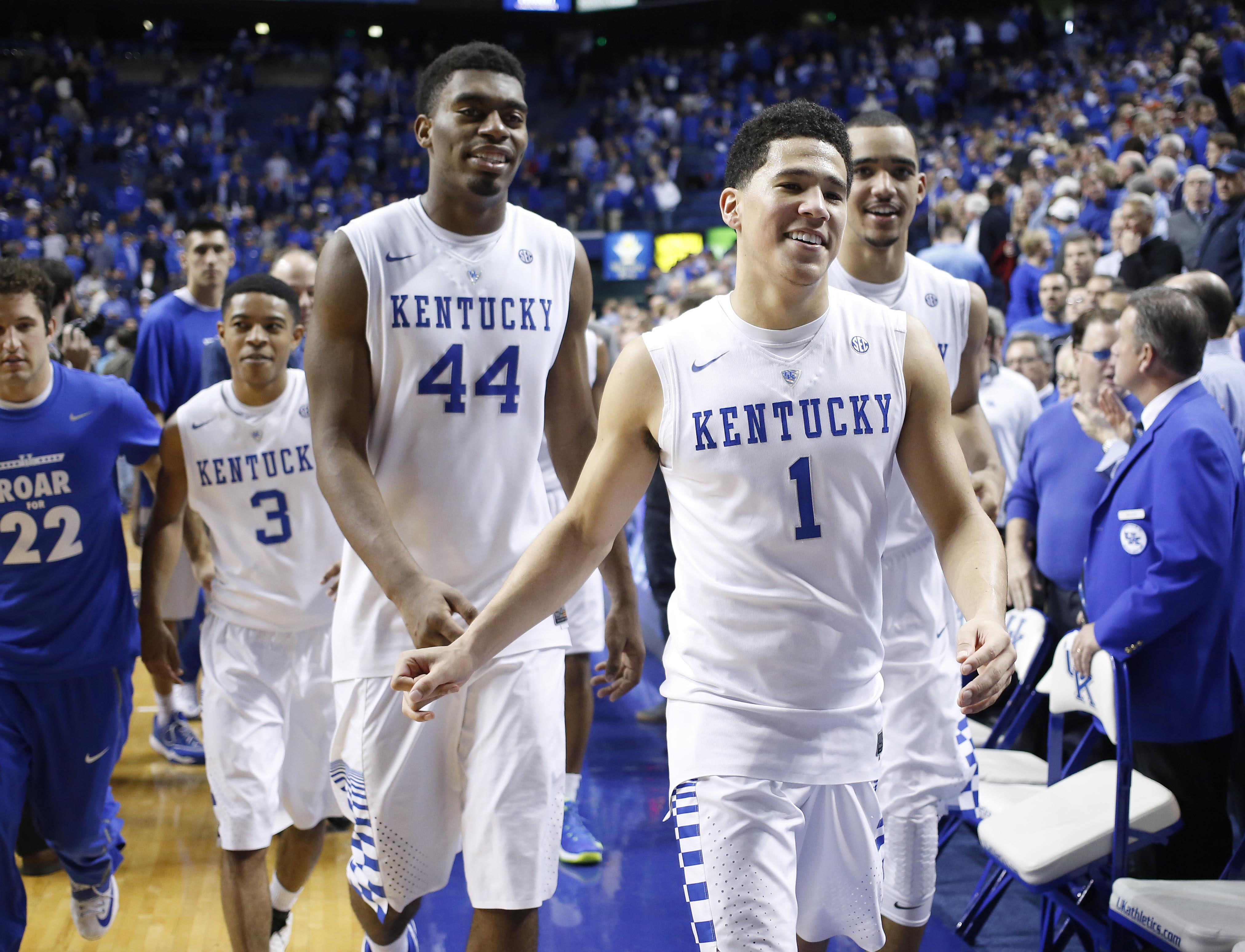 By CHRIS RUSSELL What Kentucky is trying to accomplish hasn’t been done since Bob Knight’s Indiana club went 32-0 in 1976: go undefeated. After dismantling their first 11 opponents by double-digits, the idea of finishing the season unbeaten is starting to gain support. “Okay folks, start lining up to tell me why it’s ridiculous to say Kentucky can go undefeated,” Seth Davis said on CBS during halftime of No. 1 Kentucky’s 84-70 win over North Carolina on Saturday. “If Kentucky loses, it will come against a lesser team it overlooks. When the Cats are dialed in like this, only Duke can hang with them.” We’ll throw Arizona and Gonzaga into that conversation, too. And we’ll know a lot more about the Cats on the night of Dec. 27, after they face fellow Bluegrass rival Louisville — also unbeaten — at the KFC Yum! Center. 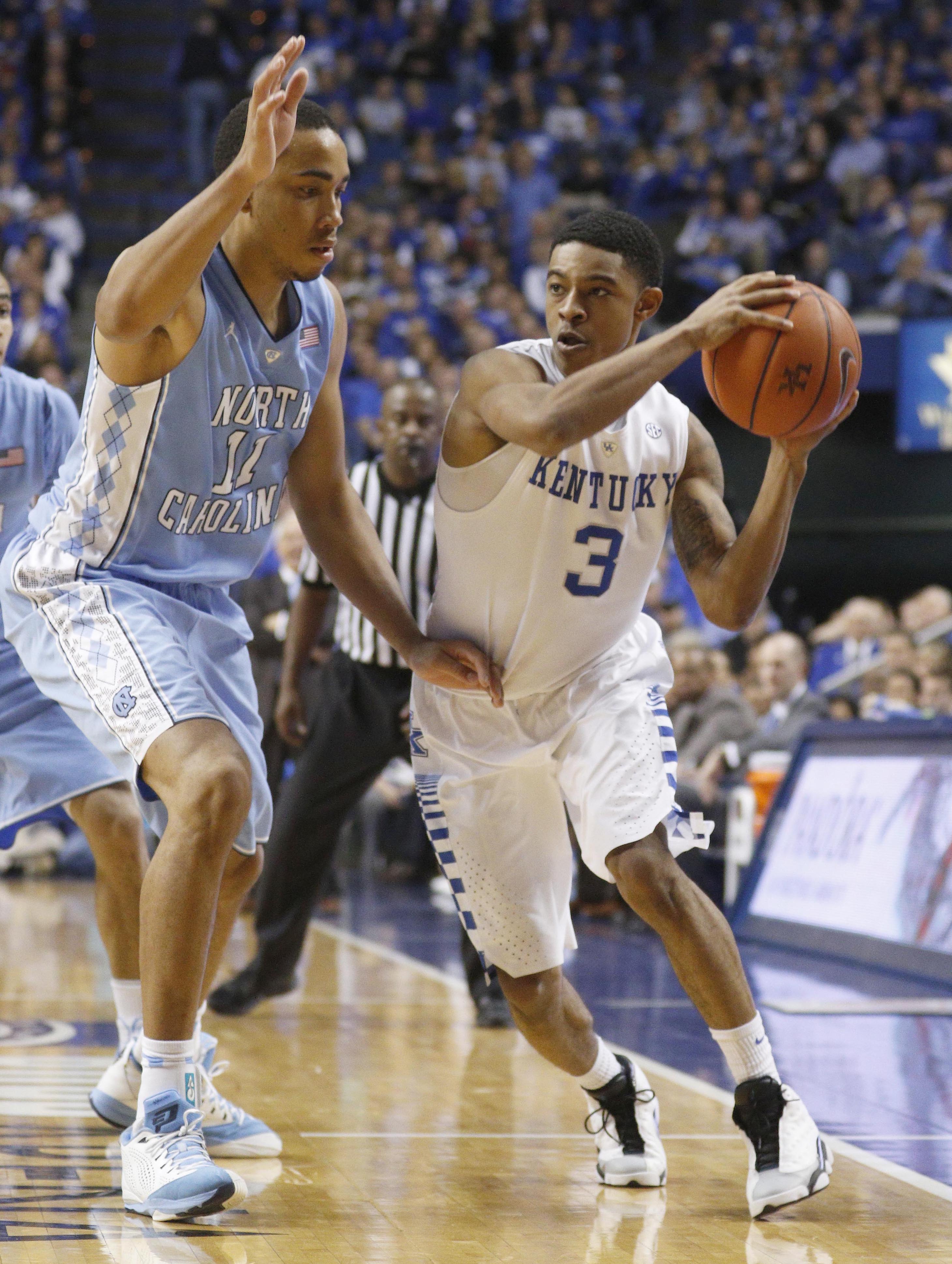 Still, Kentucky has gone through December by defeating the likes of Kansas, Providence, Texas and North Carolina — all by double-digits. Kentucky’s has held opponents to a staggering 30 percent field goal shooting and only allowed 48 points per game (second nationally). Even without the injured Alex Poythress, they still have two 7-footers and two others over 6-10 who make it near impossible to score at the rim. “To beat them you’re going to have to make shots because you’re not getting to the rim against them,” ESPN college basketball analyst Seth Greenberg recently told SNY.tv. “To beat Kentucky, you gotta make 12 3’s, own the tempo of the game and change the defenses and try to find a way to get them out of their rhythm….And the last thing is you gotta rebound. If you don’t rebound, you have no chance.” 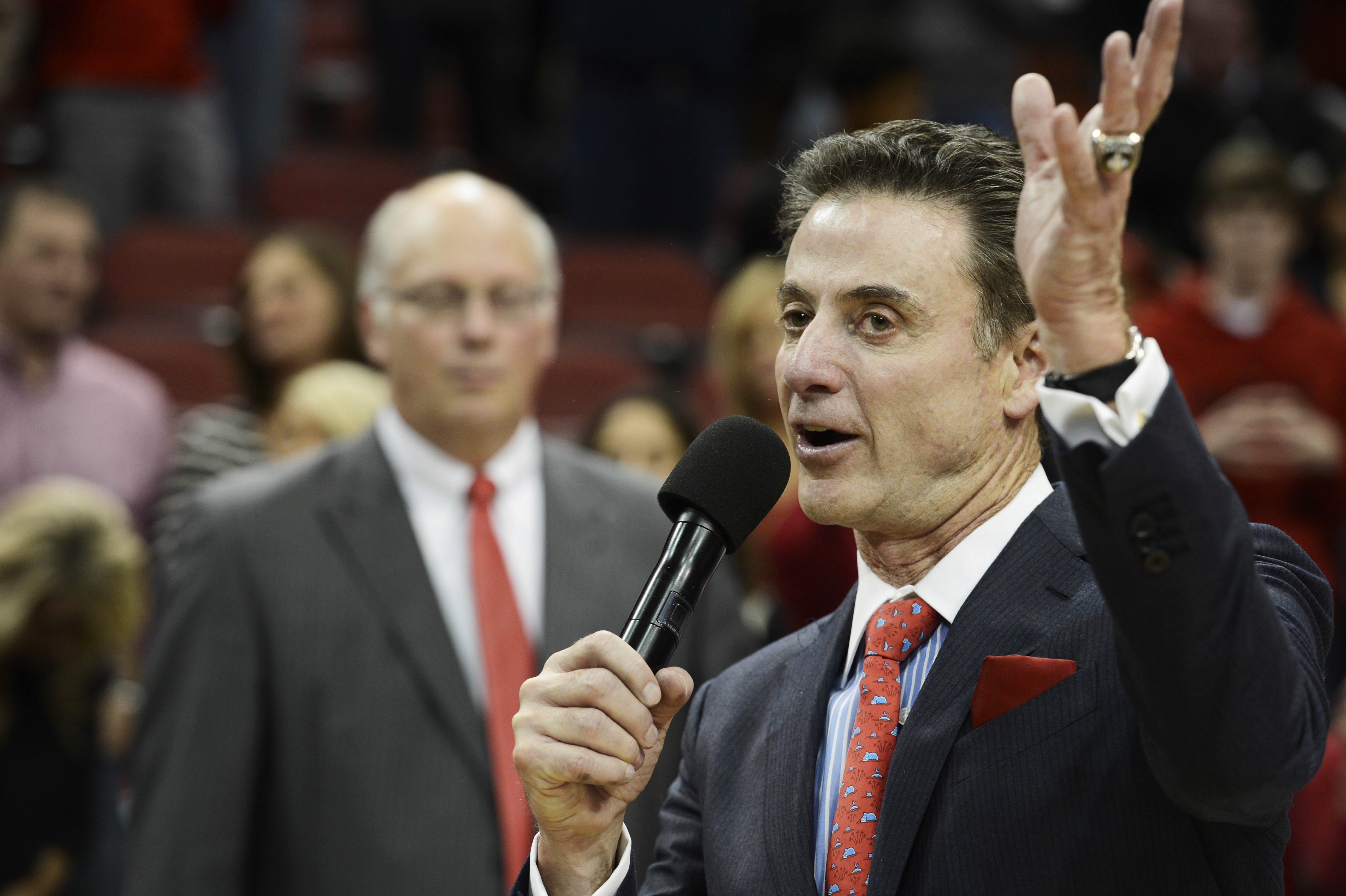 The Cats will have a matchup with UCLA in Chicago on Dec. 20 and then a short trek to crosstown rival Louisville on Dec. 27 before entering SEC play. Louisville looked impressive in dispatching Indiana by 20 points at the Jimmy V Classic this week in New York, prompting Rick Pitino to say he was looking forward to seeing how his team will matchup with Kentucky. It would be difficult to imagine somebody beating Kentucky unless they played lights out. On paper, Louisville possesses the best possibility to do that. The No. 4 Cardinals have the guards (Chris Jones and Terry Rozier), the athleticism and depth to give Kentucky a challenge. Not to mention they have preseason All-American Montrezl Harrell inside, whom Pitino is touting as the best player in the nation. (But dunking all over Indiana is a lot different than doing the same on Kentucky’s front line.) 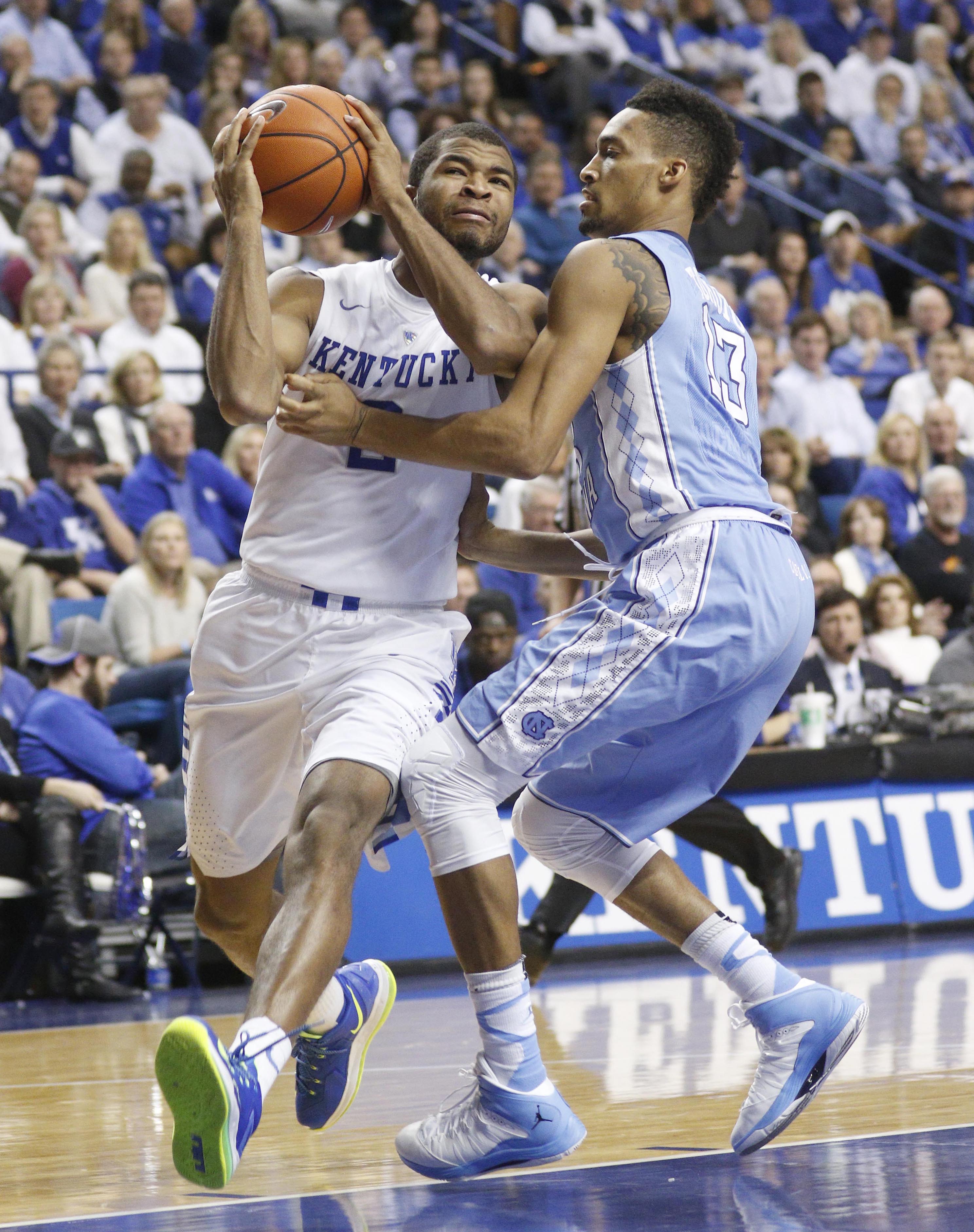 Should Kentucky win both games, is there any reason to doubt Calipari’s squad can run the table in the SEC? Let’s not forget that Florida went undefeated in last year’s conference play and the league is expected to be rather frail this season. Kentucky’s toughest matchups could come from Arkansas (7-2) in Rupp, a team that defeated Kentucky twice last season, at LSU (7-2) and a home and home series with Florida (5-4), which  has struggled to find its identity thusfar this season. Then there is SEC tournament, which Kentucky has not won since 2011. Should Kentucky run the table or maintain a No. 1 seed, their expected road to the Final Four will include stops in Louisville for the first two rounds, Cleveland for the regional semifinals and finals and Indianapolis for the Final Four.   [polldaddy poll=8523602]   Photos: Mark Zerof / USA Today Sports