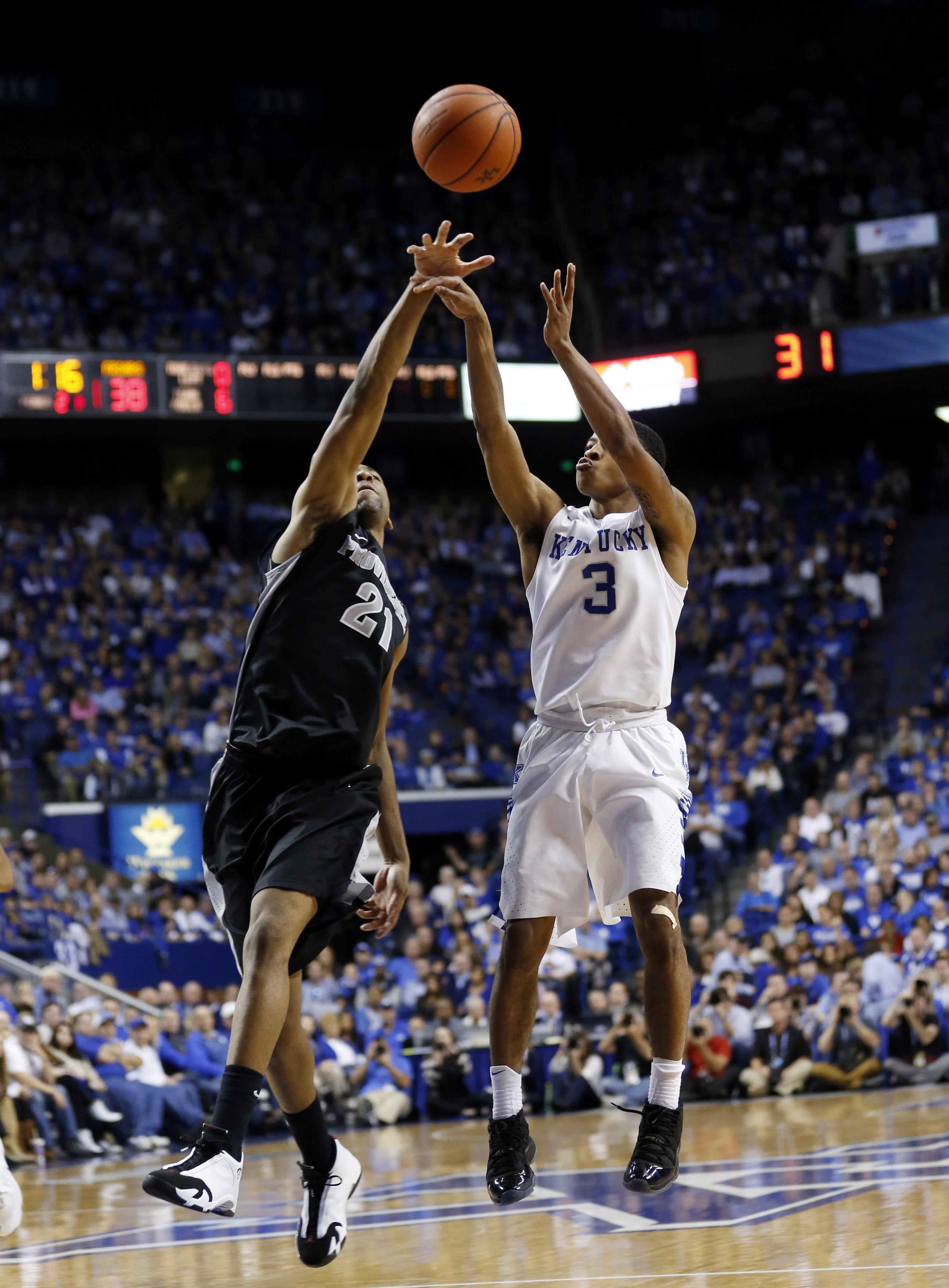 Kentucky’s Tyler Ulis, Syracuse’s Chris McCullough, Kansas’ Kelly Oubre, St. John’s Rysheed Jordan, Texas’ Jonathan Holmes and Iowa’s Aaron White have all made headlines recently. Some of them are in the news because of questions/projections about where they stand in future NBA Drafts. We asked a couple of NBA scouts to give their comments, and we’ve included the DraftExpress.com projection for these players as of today. Tyler Ulis, 5-9, Fr. PG, Kentucky 5.4 ppg, 3.0 apg, 1.9 rpg Draft Express Projection: N/A NBA Scout: “He’s a smart, tough little guy and he projects down the road. I think he’ll be good enough to make the league in a couple of years. He’s a good kid, he’ll pay attention and listen to the coach.” On his size: “You always like size at the position whenever you can get it. You always like a 6-3, 6-4 point guard in the NBA, but there are guys his size in the NBA. He can make it. He’ll be a backup point guard.”   Chris McCullough, 6-10 Fr. PF, Syracuse 15.3 ppg, 8.5 rpg Draft Express Projection: No. 29 – 2015 NBA Scout: “Improving daily, good skillset. Lacks strength and stamina for the NBA. Great upside. Keep following the coach’s instruction and he can’t miss.” On whether he’s one-and-done: “We all know who Greg Oden is and that’s a cautionary tale. That’s why you should leave school because God forbid you get injured and you can never play again and you end up with nothing, versus getting the millions from the NBA. Now on the other side, this kid is just going to get better and better and better if he just keeps progressing. Anyone can see he needs to get stronger. As his stamina grows and his strength comes and he turns from a boy to a man, he’ll be a Top 10 pick….Jim [Boeheim’s] record of sending guys to the NBA is better than 98 percent of the coaches, so just follow the plan. I think if he stays in two years, he’s a lottery pick.”   Kelly Oubre, 6-7, Fr. SG, Kansas 2.2 ppg, 1.7 prg Draft Express Projection: No. 5 – 2015 NBA Scout: “He’s an enigma. He cannot get on the floor for any meaningful minutes. Not a Top 5 guy, but should not fall out of the lottery.”   Rysheed Jordan, 6-4, Fr. PG, St. John’s 17.6 ppg, 5.2 rpg, 3.4 apg Draft Express Projection: No. 52 – 2016 NBA Scout: “Good young prospect. Good NBA physical tools. Needs to improve his skillset: 3-point shooting, pull-up jumper and free throw need a lot of work. He has to take better care of the ball. Stay in school and get into the gym. He has a lot of work to do. The next step is a big one.”   Jonathan Holmes, 6-8, Sr. PF, Texas 13.3 ppg, 7.3 rpg Draft Express Projection: N/A NBA Scout: “No true NBA position. He is not a 3 and that is what his size dictates at the NBA level. Really good mid-range power forward in college.”   Aaron White, 6-9, Sr. PF, Iowa 16.7 ppg, 7.6 rpg Draft Express Projection: N/A NBA Scout: “Nice college player. What’s his NBA position? He has to be a 3 in the NBA. Inconsistent perimeter shooter. Deceptive athlete. Second-rounder at best.”