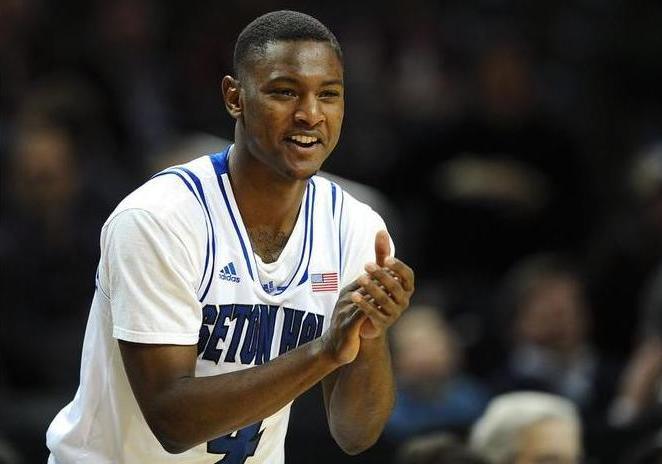 Junior guard Sterling Gibbs went off for a career-best 40 points Monday night to lead Seton Hall to an 84-80 victory over Illinois State in the Paradise Jam championship game in the U.S. Virgin Islands. Gibbs went 10-for-14 from the field, including 7-for-9 from beyond the arc, and was also a perfect 13-for-13 from the line. He tied the Paradise Jam scoring record. “I honestly wasn’t even worried too much about scoring, it was more just trying to get the win and trying to do whatever my team needed me to do,” Gibbs told CBSSports Network. “I just so happened to score a little bit and tried to get everyone involved to get the championship.” Freshman guard Isaiah Whitehead, the Big East Preseason Rookie of the Year, added a career-high 18 points, including 7-for-8 from the line, and six assists for the unbeaten Pirates (4-0). Bobby Hunter scored 23 points to lead Illinois State, which outscored Seton Hall 53-43 in the second stanza after the Pirates led 41-27 at the break. “I think this is a tough team,” Gibbs said of how the Pirates were able to withstand Illinois State’s runs. “We have a tough group of guys that are really relentless. We all know that basketball’s a game of runs, so we made our run in the first half and then they made their run in the second half. We made some shots and just tried to hold onto the lead.” Seton Hall coach Kevin Willard, who secured an elite 2014 recruiting class led by Whitehead, was full of praise for his junior guard. “Sterling was absolutely phenomenal,” he told CBS. “He played at another level. I mean, that’s the result of all his hard work. He has a lot of confidence in himself, as he should. But I’m proud of this team. We are young, but we play hard. And you got to give Illinois State a lot of credit, I thought they did a great job coming back.” The Pirates, who were picked sixth in the Big East Conference, next play George Washington on Saturday at The Prudential Center. And Like ZAGS on Facebook