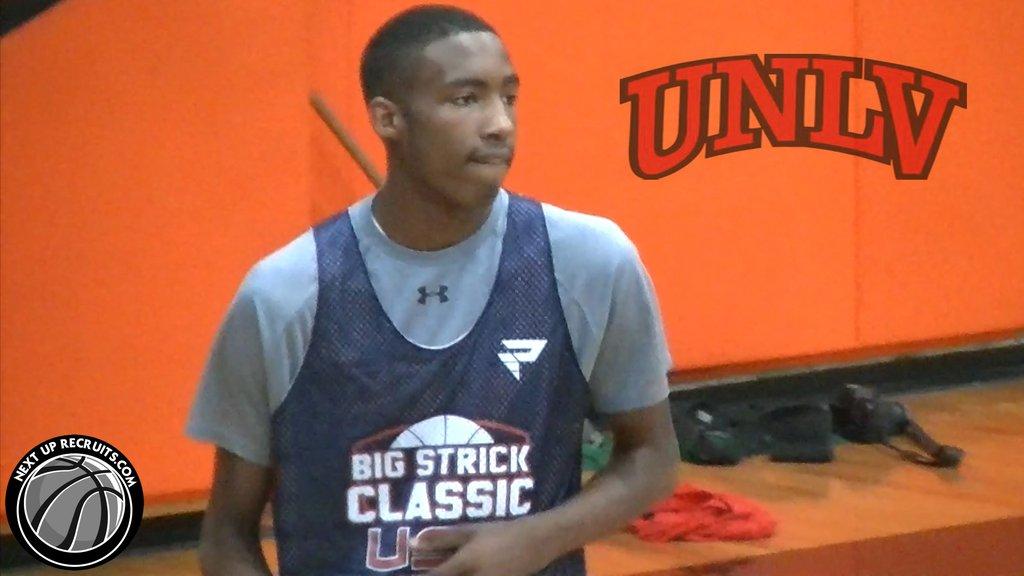 After insisting all along that he would wait until the spring to commit, Derrick Jones saw enough this fall to make a decision. The high-flying 6-foot-7 wing from Radnor (PA) Archbishop Carroll committed to UNLV Thursday on ESPNU, choosing the Rebels over UConn and Auburn. “I’m going to take my talents to UNLV,” Jones said on ESPNU. “Just when I went up there on my visit, I just stepped on campus and I felt like it was a family there. I got to know all the basketball players there, and it just felt like a brotherhood there.” Syracuse, SMU, Kentucky and Kansas had also been involved for Jones at various times during his recruitment. Jones, who won the Dunk Contest at the Under Armour Elite 24 game in August, visited UNLV in October for the Scarlet & Gray Showcase. “The visit was great,” Derrick Jones Sr. told SNY.tv then. “We really like Coach [Dave] Rice, Coach [Ryan] Miller and the rest of the UNLV family. They said with the talent that Derrick’s got, they would use him in multiple ways depending where the mismatch is.” Jones joins Jalen Poyser, a 6-4 point guard from Orangeville, Ontario Athlete Institute, in UNLV’s 2015 class. “Derrick really has no ceiling,” Archbishop Carrol coach Paul Romanczuk told SNY.tv. “He has elite athleticism with a constantly  improving skillset and even more room to grow.” Added WE R 1 coach Terrell Myers: “He is the most athletic player I have ever been around. He has a great basketball IQ. He is an amazing on and off the ball defender and a very skilled passer with a good handle. He can really shoot the ball when his feet are set. His skills sometimes get overshadowed by his athletic ability.” Added Jones: “The one thing I gotta work on is my ball-handling and my jump shot because I’m going to be like a two or a three so I’m going to have on work on that because I’m not going to be a four or a five or anything.”