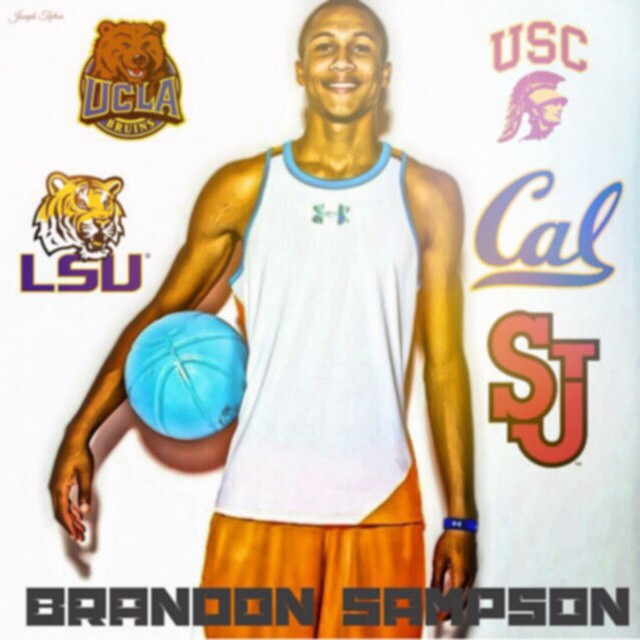 Brandon Sampson, a 6-foot-4, 175-pound shooting guard from Baton Rouge (LA) Madison, has cut his list to five schools, he confirmed to SNY.tv. Sampson, who averaged 24.3 points, 6.1 rebounds and 4.3 assists last season, is down to UCLA, USC, Cal, St. John’s and LSU. He said he plans to commit late. “I chose not to sign this week because I want to take a step back and look at the five situations and see where I’m most comfortable,” Sampson told NOLA.com. “I wasn’t sure with everything, so I want to get a better feel for all the colleges I’m looking at so I know what I’m getting into when I do sign.” He visited St. John’s for Midnight Madness along with local targets Cheick Diallo of Our Savior New American, a 6-9 forward, and Isaiah Briscoe of Roselle (N.J.) Catholic, a 6-3 guard who will announce Thursday night “Man, he could be a program-changer,” Madison coach Jeff Jones previously told SNY.tv. “He’s one of the few player’s who’s gotten better and better every year and he’s still tries to get better. He’s a hard worker. Very skilled shooter, but very athletic. Plays well above the rim. Whichever one of those programs he chooses, they’re going to get one heckuva player.”