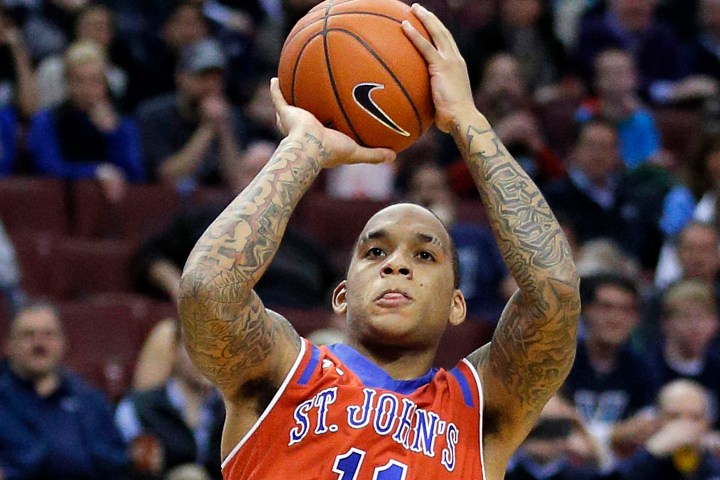 NEW YORK —  St. John’s was picked third in the Big East Preseason poll behind Villanova and Georgetown, and make no mistake: The pressure is on the Johnnies to make the NCAA Tournament this season. “If we don’t make the NCAA Tournament, it’s going to be a complete failure of the year. Hands down,” senior guard D’Angelo Harrison, a First-Team All-Big East pick, told SNY.tv Wednesday at Media Day. The Johnnies had a chance to make the NCAAs last year despite starting the season 0-5 in the Big East, but lost to eventual Big East Tournament champion Providence in the first round of the Big East and then fell to Robert Morris in the opening round of the NIT. This year the Johnnies have no excuses. They feature six seniors, three juniors and three sophomores — including Harrison, All-Big East Second Team pick Rysheed Jordan and honorable mention pick Chris Obekpa, who returned to campus after initially planning to transfer. “All the guys at this table are seniors, so we want to go out on the right note, but past that we’re trying to do it for our sake and for future recruits at St. John’s, which I know we’re recruiting big guys right now,” said Harrison, the reigning Haggerty Award winner as the best player in the New York metropolitan area. “If we have a big year, that goes well for recruits and stuff at St. John’s. “We want to make it to the NCAA Tournament, there’s really not a whole lot to say about that. It’s really simple and we just gotta take care of business.” Georgetown’s D’Vauntes Smith-Rivera was named the Big East Preseason Player of the Year, but Harrison said not to sleep on the 6-4 Jordan, who averaged 9.7 points last year and 11.2 in Big East action. “He’s stronger, more mature, more athletic, he’s going to have a breakout year, he’s that good,” Harrison said of Jordan. “If Rysheed has a good year, he’ll be a top 15-top 20 [NBA] pick easy. It starts with putting in the work every day.” St. John’s coach Steve Lavin — who last took the Johnnies to the NCAAs in his first year in 2010-11 — wouldn’t go so far as to say it would be a failure if the team doesn’t make the NCAAs, but clearly he believes and expects it should. “I don’t even look at is as a failure,” he said. “We want to be great. We want to be special. We want this group to be able to leave a footprint behind that they can be proud of.”   WILLARD HOPES WHITEHEAD IS ONE-AND-DONE 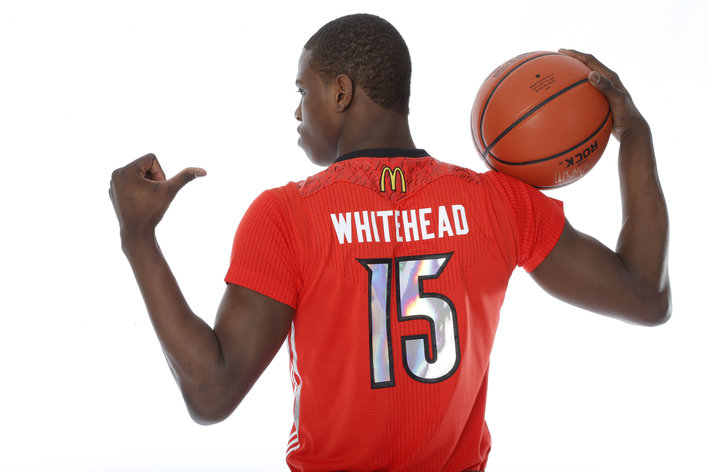 Seton Hall freshman guard Isaiah Whitehead was named the Big East Preseason Rookie of the Year and head coach Kevin Willard said he hopes Whitehead ends up being a one-and-done. “I hope he can go to the NBA at the end of this season,” Willard said of Whitehead, a 6-foot-4 McDonald’s All-American out of Brooklyn Lincoln High School. “If he’s getting drafted, it means we had a really good year, it means he had a really good year.” Still, it may be tough for Seton Hall. The Pirates were picked sixth in the Big East and have eight true or redshirt freshmen on their roster. That doesn’t bode well for a big year. “In the last 5 years, only six college players have been drafted in the first round off teams who won less than half their games that season,” Tweeted Jonathan Givony of DraftExpress.com. “Of that group, only one of those players was ‘one and done’ (Moe Harkless, St. John’s). [That’s why] why we’re in wait and see mode on Isaiah Whitehead.” Willard was asked if it puts more pressure on his team to succeed this season since Whitehead may only spend one season in South Orange. “The window is this year and I’m focused on this year, I’m not worried about next year,” he said. “If he does as well as I think he can and if he’s going to be drafted next year, then we’re going to have a very good year. It’s going to go hand-in-hand. You look at all the guys who get drafted, very rarely do they get drafted and their teams don’t have a good year. If he’s going to have that year, which I think he has the ability to, then we’re going to have a good year.” Willard also stressed that he’s glad he has older guards like Jaren Sina and Sterling Gibbs to mentor Whitehead and lead his team, allowing Whitehead to play a variety of positions. “I love the fact that he can play multiple positions,” Willard said. “I love the fact that he doesn’t dominate the ball…He’s extremely unselfish as a player and he’s surprised me. I knew he could shoot the basketball good, but he’s really surprised me in how well he can shoot the basketball.” Asked if Whitehead looks like an NBA player, Willard said, “Do I think he’s an NBA player? Is that your question, yes.” Nine NBA scouts have already been through Seton Hall practices this preseason, but Whitehead says he isn’t thinking about that. “I’ll never notice when the scouts are there until after but [Willard] just tries to keep us level-headed and just tries to keep us confident and follow the concepts of practice while we’re there,” Whitehead said. Whitehead said he accepts the pressure of being the Preseason Rookie of the Year, but wants his team to succeed above all. “Of course it’s going to come with pressure,” he said. “I’m a big name coming in. I’m just tyring to show my teammates that it’s not all about me. It’s a team game and we’re going to try to toughen it up.”   COACHES EXPECT 5-6 TEAMS IN BIG DANCE EVER YEAR Lavin, Willard and Villanova coach Jay Wright all said they expect the Big East to get 5-6 teams in the Big Dance every year. A year ago, only four Big East teams made it, and none advanced past the first weekend. “If you get five or six teams in the NCAA Tournament, that’s 50 or 60 percent of your league playing at the most important time of the year,” Lavin said. “And on a down year, if you have four, but no less than three, but you come back with five or six the following year, then you’re OK.” Wright said he’s glad the first year of the new Big East is now over with and he’s excited about the future. “What’s going to be great about this year is we’re settled in and now we can talk about what the Big East is,” Wright said. “I think it’s a great conference that could put every year five to six teams in the NCAA Tournament. If we have a conference that every year is getting 50 to 60 percent of its teams in, that’s a helluva conference. That’s what we can be.”   BIG EAST PRESEASON POLL (First place votes on parens) 1. Villanova (9) 2. Georgetown (1) 3. St. John’s 4. Xavier 5. Providence 6. Seton Hall 7. Butler Marquette 9. Creighton 10. DePaul   BIG EAST PRESEASON PLAYER OF THE YEAR D’Vauntes Smith-Rivera, Georgetown   BIG EAST ROOKIE OF THE YEAR Isaiah Whitehead, Seton Hall   PRESEASON ALL-BIG EAST FIRST TEAM Kellen Dunham, Butler, G, Jr. D’Vauntes Smith-Rivera, Georgetown, G, Jr. D’Angelo Harrison, St. John’s, G, Sr. JayVaughn Pinkston, Villanova, F, Sr. Matt Stainbrook, Xavier, C, Sr.   SECOND TEAM Billy Garrett Jr., DePaul, G, So. LaDontae Henton, Providence, F, Sr. Rysheed Jordan, St. John’s, G, So. Ryan Arcidiacono, Villanova, G, Jr. Darrun Hilliard, Villanova, G, Sr.   HONORABLE MENTION Roosevelt Jones, Butler, G, Jr. Chris Obekpa, St. John’s, C, Jr. Sterling Gibbs, Seton Hall, G, Jr.   Photo: NY Post

LaGerald Vick to SMU, Will Reclass to 2016