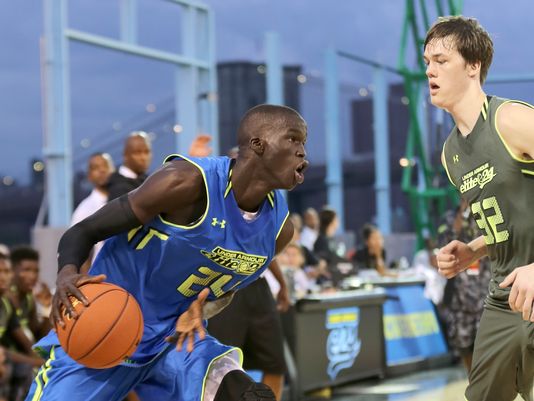 A handful of schools are working hardest for Thon Maker, the 7-footer ranked No. 1 in the Class of 2016, according to his guardian, Ed Smith. Kentucky, Indiana, Kansas, Stanford, Missouri and Maryland are recruiting Maker the “heaviest,” Smith told Steve Jones of the Louisville Courier-Journal. Now at Athlete Institute in Canada, Maker is currently in the Class of 2016 and has yet to decide whether he will reclass to 2015, which would make him eligible for the 2016 NBA Draft. “I wouldn’t say it’s a lean thing (one way or the other),” Smith said. “If you’re physically ready and have finished your core (academic) work, you can move up, but there’s no need to rush in terms of this whole thing.” Smith also said John Calipari’s Kentucky combine made an impression, and that Kentucky could be a future landing spot for Maker. “There are programs that have dealt with players such as Thon,” Smith said. “I think what you do is (look at) the experience of the coach and the experience of the situation, and (Kentucky) gives him an opportunity to be under the wings that type of leadership. That’s one of the aspects that attracts Thon.” Indiana assistant Chuck Martin is also working hard for Maker. “Chuck’s a really good guy. He’s really personable,” Smith said. “He gives you a lot of insight (into the NBA). He doesn’t slam you (by calling too much). … I think he understands the process.”   **Florida Gulf Coast got a commitment from Elijah Long, a point guard from CIA Bounce and Maryland John Carroll, who averaged 9.5 points, 4.0 rebounds, and 3.5 assists on the Nike EYBL circuit. **Arizona on Monday offered 2017 White Plains (N.Y.) Archbishop Stepinac wing Jordan Tucker and 2016 Hopkins (MN) shooting guard Amir Coffey. The 6-7 Tucker recently added offers from Syracuse and UConn, and will visit Syracuse this weekend for Orange Madness. 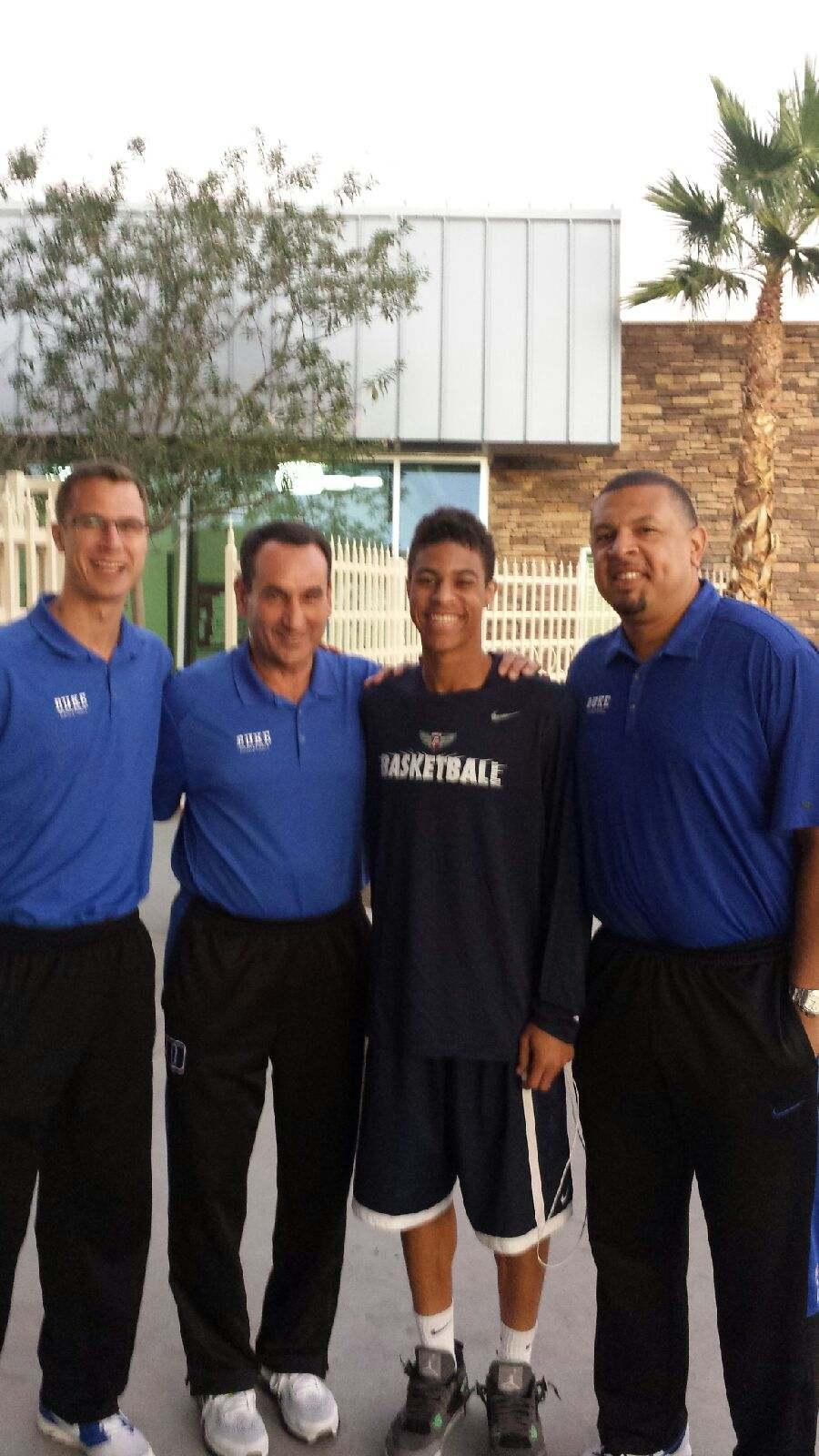 NBA Scout: Towns is Kentucky's Best Prospect 'and It's Not Close'; Harrisons Look Like Borderline First-Rounders