Chris Clarke, a 6-foot-5 shooting guard from Virginia Beach (VA) Cape Henry Collegiate School, has three more official visits planned beginning with a trip to Creighton this weekend and is narrowing his focus.

After that he will trip to Virginia Tech (Sept. 26) and Tennessee (Oct. 3). He has already visited reigning NCAA champion UConn.

“Unless something changes, those schools are the ones he would like to make a decision [from],” Curt Clarke, the player’s father, told SNY.tv Wednesday.

“They all came out to the school and visited us as a family and spent some time with Chris at the school.” 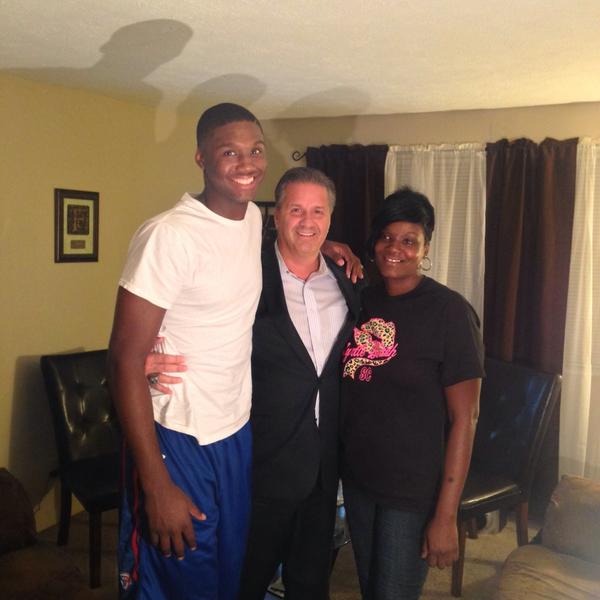 Prior to heading to the New York area for a trio of meetings Thursday with Cheick Diallo, Tyus Battle and Isaiah Briscoe, Kentucky coach John Calipari met Wednesday night with Carlton Bragg.

“Cal stated that Kentucky is not for everyone,” Michael Graves, Bragg’s mentor, told SNY.tv Thursday morning. “It’s gonna be tough. Carlton will get a great education, be in the best shape of his life and be developed. He also talked about the upcoming [NBA] combine he’s having. He’s doing it for the players. He puts his players first, and getting them ready for the next level [NBA]. He also talked about what it means to play for Kentucky.” 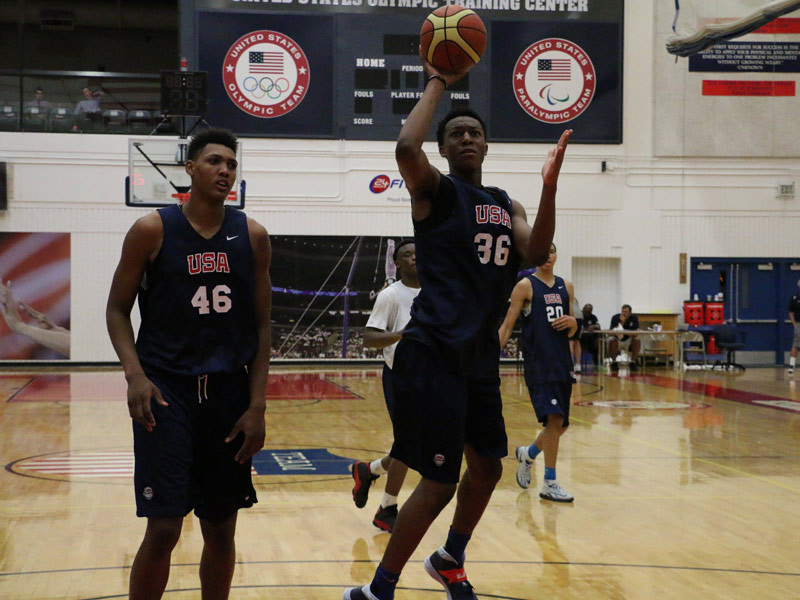 Now that Duke coach Mike Krzyzewski and Syracuse coach Jim Boeheim have lead Team USA to a championship in the FIBA World Cup, both are free once again to roam the recruiting trail with their championship rings.

And both coaches are looking to visit 2016 Gill St. Bernard’s guard Tyus Battle next week.

The Duke vist was first reported by Jerry Carino of Gannett New Jersey, and sources told SNY.tv that Syracuse is also looking to pay Battle a visit next week. 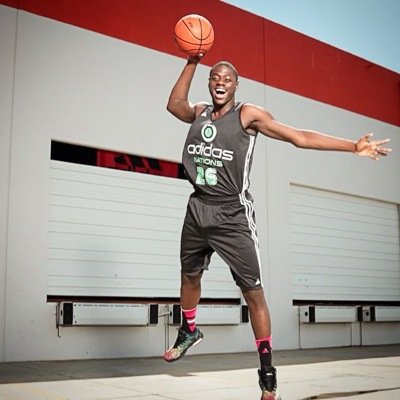 “[Wright] was just telling me about the school and how much they want me, saying how they set players up with a life after basketball and it’s a family down there, not just a team,” the 6-foot-5 Alkins told SNY.tv.

“He showed me the style of play they play and how it’s kind of unique, a 4-guard offense, a lot of uptempo and pick-and -rolls.” 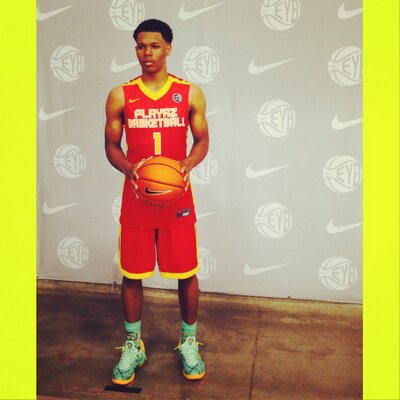 NEWARK — From the Dan Hurley Era to the current regime under head coach Mark Taylor, St. Benedict’s Prep has consistently produced a slew of high-major basketball players and a growing number of NBA standouts.

Former Grey Bees J.R. Smith (Knicks), Tristan Thompson (Cavaliers) and Tyler Ennis (Suns) are all in the NBA, while Samardo Samuels, Lance Thomas and Scott Machado have all spent time in the Association. Others, like Myck Kabongo and Lamar Patterson, may still get their chance.

Isaiah Briscoe, who began his high school career at St. Ben’s before transferring to Roselle Catholic, is projected as the No. 7 pick in the 2016 NBA Draft by DraftExpress.com.

So it was no surprise that a slew of high-major coaches were on hand at the Newark school on Tuesday to check out their latest wave of talent, which includes 2017 guards Trevon Duval and Nathaniel Pierre, Delaware-bound 2015 guard Eli Cain and a half dozen Canadian players as well.

John Calipari knows full well the basketball talent that can be found in the fertile area from New York City through New Jersey to Philadelphia.

During his time at Kentucky, Calipari recruited Somerdale, N.J., native Michael Kidd-Gilchrist (now with the Charlotte Hornets) and Brooklyn native Dakari Johnson — both of whom starred at perennial power St. Patrick of Elizabeth — as well as Karl-Anthony Towns of St. Joe’s-Metuchen, who is projected as a top-5 pick in the 2015 NBA Draft.

Freshman guard JaQuan Lyle was removed from the Oregon men’s basketball roster Tuesday and it remains unclear when he might join the team.

“JaQuan is not on our roster, we removed him today,” Greg Walker, Associate Director of Athletic Communications, told SNY.tv late Tuesday.

Sources said Lyle was cleared by the NCAA but was not admitted to the University. Walker could not comment on the specifics.

“Something in the admission process is where the hangup is,” one source said. “I wouldn’t expect him to be part of the team, at least for now.”