Ivan Rabb is awaiting a home visit with North Carolina before he sets his official visits, his high school coach told SNY.tv.

“All the schools have been in except for one and that’s North Carolina,” Bishop O’Dowd coach Lou Richie said, adding that Roy Williams had a schedule conflict that prevented this week’s planned visit.

“There’s no set date [for the Carolina visit],” Richie said.

Stephen Zimmerman, the 7-footer from Las Vegas Bishop Gorman, won’t commit until the spring and won’t sign a National Letter of Intent at all, his mother told SNY.tv.

“It doesn’t protect the student-athlete, only the University,” Lori Zimmerman said by text.

An NLI binds the student-athlete to the school, meaning if the coach leaves or is fired the player is still obligated to attend the school unless he gets a release. 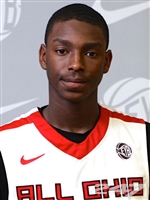 Jalen Coleman has committed to Illinois.

“Excited to announce that I will be attending the Univ of Illinois,” Coleman tweeted. “Looking forward to adding banners and accomplishing my academic goals. I would like to thank my mom,dad,brothers, John Groce, Jamall Walker & and the rest of the Illinois coaching staff.”

Despite a weekend visit to Syracuse, Thomas Bryant says Missouri is recruiting him the hardest and he plans to make his college decision during the spring.

Missouri hired former Huntington coach Rob Fulford over the summer, and that hire paid immediate dividends when the Tigers landed Canadian star Montaque “Teki” Gill-Caesar, who reclassed to 2014 and signed on with the Tigers.

“They’re recruiting me a lot,” Bryant said of Mizzou. “I like the facilities, the facilities are beautiful and the people around there. And of course having coach Rob there is also a plus.”

Florida State has added a giant.

Koumadje also considered UCLA, UConn, SMU and Georgia Tech, and was to have visited SMU this coming weekend.

“He liked what Coach [Leonard Hamilton] had to say,” Holman told SNY.tv. “He felt Coach Ham built the best relationship with him off the court and that was very important to Chris. The on-court will take care of itself. The relationship with the head coach was Chris’ No. 1 priority. The fact that Bacon and Beasley committed did not hurt, either.”

Koumadje  — whose journey to the U.S. from the African nation of Chad we profiled this summer — visited Florida State on the same weekend that guards Malik Beasley and Dwayne Bacon visited —  and both of those guards ended up committing to FSU.

Now they will all be teammates beginning in 2015.

FSU also has a pledge from 6-5 Tilton (N.H.) School shooting guard Terance Mann. With four pledges, they are likely done for 2015.