Serena Wins Major No. 18 By Destroying Her Friend Wozniacki in U.S. Open Final

Chris Silva, the 6-foot-9 2015 power forward from Roselle Catholic, enjoyed his official visit to Rhode Island earlier this week and will trip to South Carolina next.

“Rhody was good,” Silva told SNY.tv by text. “I like the fact they gave me very specific information with detail about fitting in with the team and I had fun with the players.”

With Major No. 18 Teed Up, Federer Falls to Cilic and Fails to Deliver

NEW YORK — If you had told Roger Federer before the U.S. Open began that he would need to beat Marin Cilic and Kei Nishikori to win his 18th Grand Slam title, he probably would’ve asked where to initial his signature “RF.”

And that was exactly the situation the Swiss legend found himself in on Saturday afternoon entering his semifinal with Cilic, a 6-foot-6 Croat against whom Federer was 5-0.

Nishikori had already upset world No. 1 Novak Djokovic in a stunning four-setter, and now Federer, the No. 3 man in the world, was teed up to win his elusive 18th major by beating two men ranked 16th and 11th in the world.

But hey, that’s why they play the matches, right? 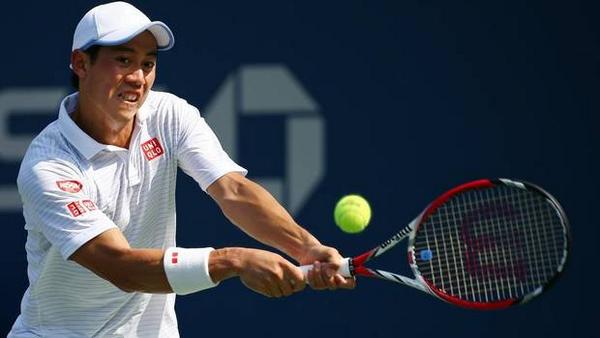 NEW YORK — Three weeks before the U.S. Open began, 24-year-old Kei Nishikori had a cyst removed from his right foot during a procedure in Charlotte, N.C.

He flew home to Florida to begin his recovery and was officially listed as questionable for the U.S. Open.

Now, a month later, Nishikori has made history by becoming the first man born in Asia to reach a Grand Slam final after he stunned world No. 1 Novak Djokovic, 6-4, 1-6, 7-6 (4), 6-3 in the semifinals in 90-degree heat and extreme humidity in Arthur Ashe Stadium. The match lasted 2 hours, 52 minutes.

“Before come to New York, I wasn’t really sure I should come to New York or should I do rehab more in Florida,” Nishikori said on CBS of his foot procedure. “[Michael Chang] said come and play the first couple matches and you might feel good.”

Chang, the former French Open champ and U.S. Open runner-up, is Nishikori’s coach. Turns out he knew a little something.

In the span of six days now, the Japanese sensation and No. 10 seed has taken out the Nos. 1, 3 and 5 seeds at the Open.

“I feel the support from Japan, even from the TV,” Nishikori said on court. “It’s 4 o’clock in the morning but I hope a lot of people are watching.”