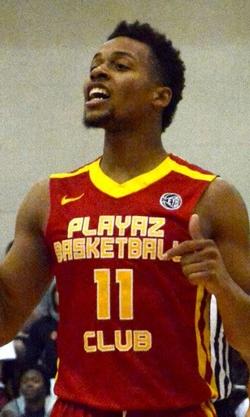 The recruitment of Isaiah Briscoe is full steam ahead. The 6-foot-3 Roselle (N.J.) Catholic point guard met this weekend with coaches from Missouri, Seton Hall and Georgia Tech, and this week will host UConn coach Kevin Ollie and Kentucky coach John Calipari. “Isaiah really enjoyed spending time with the Georgia Tech and Seton Hall staffs on Sunday,” RC head coach Dave Boff told SNY.tv. “He also had a good experience with Missouri on Saturday.” Missouri had not previously been recruiting Briscoe, but sent associate head coach Tim Fuller in to recruit him. Now Briscoe  will take an official visit there Oct. 10, Boff said after Eric Bossi of Rivals reported the date. Georgia Tech is also new to the mix, but head coach Brian Gregory obviously felt it was worth taking a shot. As for Seton Hall, Briscoe met with Pirates had head coach Kevin Willard and associate head coach Shaheen Holloway. “SHU believes Isaiah can join the group they just brought help take them to the level they are striving for,” Boff said. “They would have an amazing backcourt to continue to build around.” Next up is UConn’s Ollie on Tuesday. Ollie is fresh off landing 6-10 big man Steven Enoch this weekend. After that comes Kentucky’s Calipari, who is recruiting a number of elite 2015 players, and has recently entered the mix for Briscoe, who this summer won a gold medal with the USA U18 team at the FIBA Americas Championship and also led the NJ Playaz to the Peach Jam crown. Briscoe has said he plans to announce his college plans in the spring.