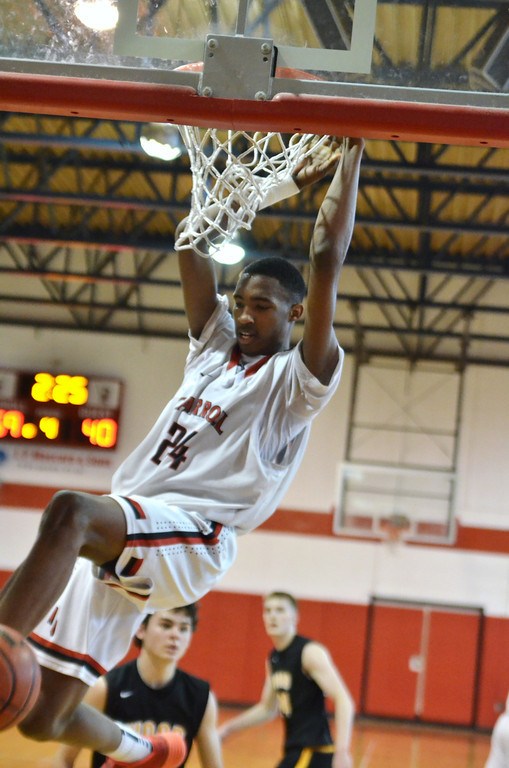 Derrick Jones, the 6-foot-7 small forward from Radnor (Pa.) Archbishop Carroll, may wait until the spring to make a college decision. “I think Derrick is kind of focusing in on maybe committing sometime in the spring and trying to start feeling things out this fall,” Carroll coach Paul Romanczuk told SNY.tv Wednesday morning. “Hopefully, he gets a chance to go out and get some visits before the season but I don’t think anything’s set right now.” UConn coach Kevin Ollie is expected to have a home visit with Jones on Thursday. Jones already visited the reigning national champion Huskies over the summer. “UConn’s coming in Thursday, I don’t know of anything else,” Romanczuk said. Jones, who won the Dunk Contest at the Under Armour Elite 24 game, recently cut his list to include Arizona, Auburn, Florida, Kansas, UConn, UNC, UNLV, Louisville and Kentucky. Over the summer, Derrick Jones Sr. said he had hoped to take his son on visits to Kentucky, Louisville, Indiana, Kansas and Auburn in the coming weeks. Photo: Mark Jordan, COBL.com