The Next Generation of Point Guards: Brown, Coleman and Duval Making the Jump | Zagsblog
Follow @adamzagoria

The Next Generation of Point Guards: Brown, Coleman and Duval Making the Jump 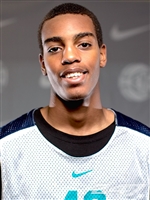 By JACK LeGWIN The next generation of point guards arrived this summer with Troy Brown, Trevon Duval and Matt Coleman leading the charge, each earning multiple offers from high-major programs. Brown, a rising sophomore at Centennial (Nev.), ranked No. 2 in the class of 2017 is the highest ranked of the trio thanks to his length and ability to read defenses at the current height of 6-foot-6. It also earned him offers from Duke, UCLA, Arizona, Kansas and UNLV. “Playing against kids that are older is really a great experience,” Brown told SNY.tv. “Seeing how developed they are, it’s all just a learning experience.” Brown also says that being a face of Las Vegas basketball is something that he embraces. “I like it,” Brown said. “It’s great to see that we have come so far, like you said with [former UCLA star] Shabazz [Muhammad], Stephen, [Zimmerman] Chase [Jeter] and Ray [Smith] being in the same class, and knowing them personally, looking up to those guys and picking up on the things that they do.” 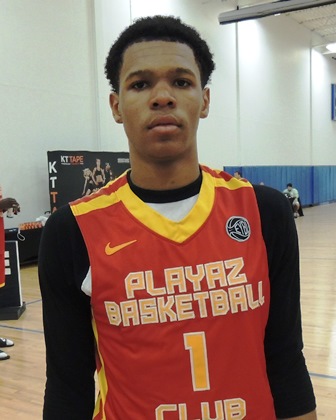 Duval, a rising sophomore at St. Benedict’s Prep (N.J.) earned a spot in the backcourt next to Isaiah Briscoe and Temple Gibbs Jr. for the New Jersey Playaz, helping to lead them to the Peach Jam title over Team Penny. “It was a great experience for me playing with older guys that are going to the next level,” Duval told SNY.tv. Duval has already received offers from Rutgers, Villanova and Seton Hall, and has received some comparisons to the best point guards that play the game. “I try to play like Derrick Rose with attacking the basket,” Duval said. “But use some of Kyrie Irving’s handles.”

With Duval having more bounce and explosiveness, on the other side, Coleman is one of the best leaders to walk onto a court this summer, leading Boo Williams to the semifinals at Peach Jam and a win at the Gold Super Showcase in Louisville. Coleman also earned offers from Memphis, Cincinnati, UConn, Virginia, VCU, Virginia Tech and Old Dominion, as well as interest from UNC, Ohio State, Missouri, Notre Dame, Indiana and UCLA. “When I was 12 or 13, I went to the Boo Williams tournament near me on the EYBL circuit, and watched Ben McLemore, Austin Rivers, Bradley Beal,” Coleman said. “I was thinking, wow one day, this could be me. Having a chance to play in it as a freshman, against guys like Malik Newman, Antonio Blakeney, it’s still a great achievement for me just to know that I can compete against high level guys like them at a young age.” While each of these youngsters has three years before they will step out onto a basketball court at the college level, it is clear that they all have the potential to be at the top of the game until they graduate. Follow Jack on Twitter