NEW YORK — Carlton Bragg is one of the biggest attractions in Saturday’s Big Strick Classic at the Gauchos Gym.

The 6-foot-8 2015 forward from Cleveland (OH) Villa Angela -St. Joseph is playing in the event for the second straight year — and David Britton of the Big Strick on Friday called him a much improved “bad boy.”

As far as his recruitment, Bragg plans to announce his final five on Sept. 1, with Kansas, Kentucky and Illinois set to make the list.

“He’s going to cut his down list on Sept. 1st,” Michael Graves, Bragg’s mentor, told SNY.tv, confirming news that had been previously reported. “On Oct. 10, he’ll go to Kansas for their Midnight thing [Late Night in the Phog] and on Oct. 17 he’ll go to Kentucky [for Big Blue Madness].”

Team Texas Elite teammates Elijah Thomas and Jawun Evans have both pared their college lists and continue to talk about potentially joining forces in college.

Thomas told SNY.tv at the Reebok Classic Breakout last month that he plans to take all five visits “before I decide where I’m going, but I plan to sign in November.”

The 6-foot Evans, one of the top point guards in the Class of 2015, trimmed his list to four schools on Wednesday — Illinois, Oklahoma State, Texas and USC. He will reportedly visit USC Aug. 29 and Illinois Sept. 5.

Illinois coach John Groce and his staff and Oklahoma State coach Travis Ford and his staff were all over both Thomas and Evans in July at the Reebok Classic Breakout, when Evans told SNY.tv. a package was possible. 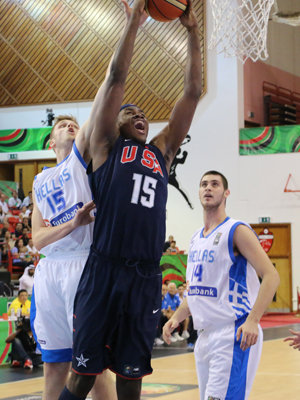 Diamond Stone and Malik Newman, who are talking about a potential package deal to college, led the charge for the USA U17 team in their opening-round game of the U17 World Championship in Dubai on Friday.

“Diamond was great,” Newman said. “He was a big factor for us because he can work from the inside-out. For us to feed him early and for him get going kind of opened up the game for us guards.”

(The game will rebroadcast live at midnight Friday on ESPNU.)

NEW YORK — Malik Beasley has finally cut his list to eight schools on the eve of the Big Strick Classic in New York and St. John’s is one of the remaining schools with a shot to land him.

A 6-4 guard of St. Francis High School in Atlanta, GA, Beasley listed UConn, St. John’s, UCLA, Wake Forest, Florida State, Oregon, VCU and Georgia as the final eight schools in contention for his talents on the hardwood, via Paul Biancardi of ESPN.

He has had a tremendous summer on the AAU circuit as he started off red-hot in April and has continued that success all the way into the beginning of August. Beasley performed well during the workout session on Friday at the Gauchos Gym in the Bronx and seemed to be enjoying his time in New York.

Miles Bridges to Visit Oregon, Hopes to See Kentucky and Kansas, Too 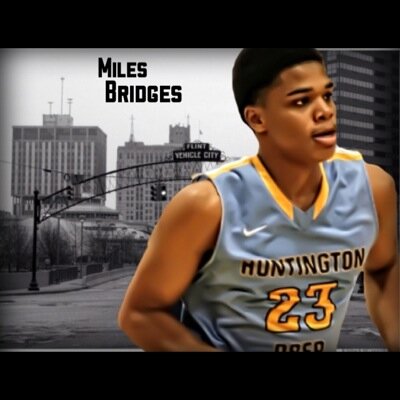 NEW YORK — Miles Bridges may be in the Class of 2016, but he certainly is not lacking a large number of high-major colleges interested in his services at this present time.

Bridges, who plays at Huntington (W.V.) Prep and is currently ranked No. 8 in ESPN’s Super 60, is a 6-6 forward who is spending this weekend in New York for the Big Strick Classic which takes place at the Gauchos Gym on Saturday with a 3:45 event start time.

NEW YORK — Corey Sanders is in the Big Apple for a pair of All-Star games this weekend, the Big Strick Classic on Saturday at the Gauchos Gym and the Reebok Classic X Monday at Rucker Park.

The 6-foot-1, 180-pound point guard from Bradenton (FL) Kathleen still has to take his standardized test in October, but says he has several fall visits in mind.

“I have to take my test and stuff,” the onetime UCF commit told SNY.tv Friday morning at Big Strick practice at the Gauchos Gym. “I want to visit Rutgers, DePaul and UNLV.”