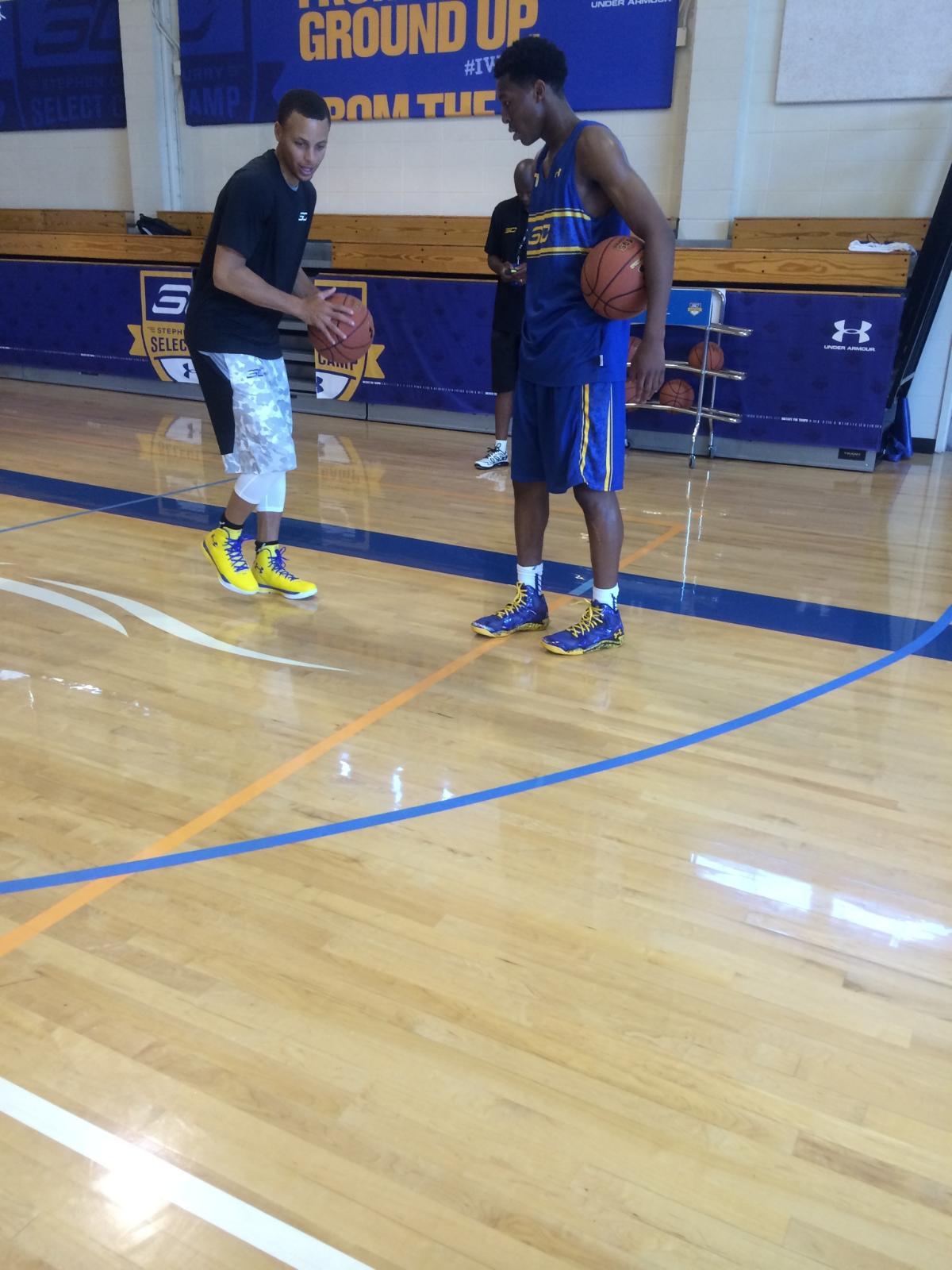 It’s never a bad thing to be compared to the MVP of the NBA Finals. And that’s what happened to Tyus Battle on Wednesday. The 6-foot-6 guard out of Gladstone (N.J.) Gill St. Bernard’s inspired a comparison to Kawhi Leonard at the Under Armour Steph Curry Select Camp in the Bay Area. ESPN’s Fran Fraschilla Tweeted: “I swear @kidmamba23 will be a college Kawhi Leonard. Has left it all out on court @UAassociation Steph Curry Select Camp. HIGH motor guy!” Battle, who won the “I Will” award at the camp for effort and energy, thinks the comparison is a fair one. “It’s a great comparison,” Battle told SNY.tv by phone. “I play with a high motor so that’s why he compared me to him. I just impact the game in all types of different ways, just getting my teammates involved and making things happen on the court.” Battle’s close friend, fellow 2016 Findlay Prep guard Derryck Thornton, was named Most Outstanding Player at the camp. Battle said they both saw up close how hard Curry works on a daily basis. “I learned a lot of stuff around ball screens, what he’s thinking in different situations,” Battle said. “We went to the film room with him. He even played four-on-four with us, did drills with us, so he was really involved in the camp.” Battle will spend next week at the Reebok Breakout Classic in Philadelphia and then heads to the Peach Jam and then the USA U17 trials in Colorado Springs, CO. Gary Battle, Tyus’ father, said Florida head coach Billy Donovan and Duke assistant Jon Scheyer both called to say they would be following Tyus in July. “I talked to both Jon Scheyer and Coach Donovan today,” Gary said. “They are going to see him at Reebok in July and they had seen some things online that he was doing well at the camp. They’re really going to recruit him and make him a priority.” Kentucky, Louisville, Michigan, Villanova, Syracuse and Indiana are among the other schools involved for Battle. The Battles also visited UConn last week, along with 2015 wing Ray Smith. “UConn was excellent,” Gary said. “Kevin Ollie is big time. He got a chance to play with the freshman [Daniel] Hamilton and Sam Cassell Jr. and tour the campus. We asked a lot of questions about their conditioning program and their weighlifting program. “It was a great visit. I’ve been there three times already. I’ve been to UConn three times. I went to a game, Tyus has been there twice.” Photo: Gary Battle Follow Adam Zagoria on Twitter And like ZAGS on Facebook