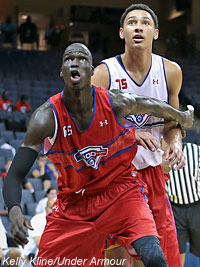 As we creep toward the busy month of July, high school recruits across the country are taking visits to college campuses. On Monday, two players who may end up reclassing by a year will take visits that could be pivotal in their recruitments. **Thon Maker, a Class of 2016 7-footer from the Carlisle (Va.) School, who may reclass to 2015, will visit Duke. Maker recently tripped to Kansas and Missouri and also plans to hit Arizona, UCLA, Kentucky and Indiana later this summer. **Speaking of Mizzou, Montaque “Teki” Gill-Caesar, a Class of 2015 wing from Huntington (W.V.) Prep who may reclass to 2o14, will trip to Missouri. The link there, of course, is that the Tigers just hired former Huntington coach Rob Fulford as an assistant. **Also on Monday, Derrick Jones, a 6-7 wing from Archbishop Carroll (PA) will visit UConn, as we wrote here. **Seton Hall on Monday will host 2015 bigs Horace Spencer, a 6-8 power forward from Findlay Prep, and Steven Enoch, a 6-9 power forward from Norwalk (CT). **Elijah Burns, a 6-8 power forward from Blair (N.J.) Academy, visits VCU Monday after hitting George Washington last week. Speaking of VCU, they just offered St. Anthony and Sports U forward Markis McDuffie on a visit this weekend. 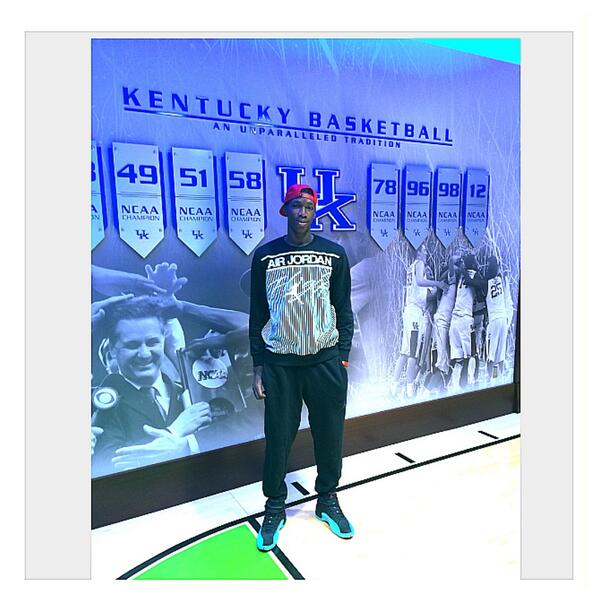 **This past weekend, 6-9 2015 forward Cheick Diallo of Our Savior New American visited Kentucky, and Tweeted a picture of himself in the locker room. Diallo, who is also being courted by St. John’s, UConn, Iowa State, Kansas, Pitt, Syracuse and others, said he may decide on a school by December. **Also this week, 2016 Huntington Prep small forward Miles Bridges visited N.C. State. “I liked the campus, the coaches were cool and the fans appreciated me,” Bridges said by phone. Bridges said they compared him to T.J. Warren, the No. 14 pick in the NBA Draft. “They said small forward, much like T.J. Warren was,” he said. Bridges also plans to visit Iowa State soon, but says Michigan, Kansas and N.C. State are contacting him the most. He plans to visit Michigan and Kansas “sometime during the school year.” **Ernest Afakpui, a 6-10 big man who plays with Derrick Jones at Archbishop Carroll, visited Rhode Island and Providence Sunday and hit Seton Hall and GW last week. He holds offers from St. Joe’s, La Salle, Temple, VCU, South Carolina, Kansas State, San Diego State, GW, Rhode Island, Seton Hall and Georgia. “Ernest has gotten really, really this this past year,” WE R 1 coach Terrell Myers said. “If he continues to develop on the offensive end, he will be a high-major talent.” **Sedee Keita, a 6-10 2016 big man from WE R 1, recently added an offer from Villanova and also has also added offers from VCU, Penn State and Iowa. He has interest from Providence, Louisville, Maryland and St. Joe’s. “Sedee’s upside is great,” WE R I coach Matt Pauls recently said. “The amount of improvement he’s had in the last year, the progression, is unlike any player that I’ve ever coached, just a one-year progression…He’s only been playing for three years but he’s a hard-worker, dedicated. I think he’s probably got another inch. He’s got great hands, great footwork, but he also shoots the 3 and steps out and actually take guys off the dribble.” **Kodye Pugh, a 6-7 2016 small forward from Baltimore Boys Latin and  WE R I, picked up a Northwestern offer to go with his Maryland offer. He also visited Georgetown and has interest from Texas, Arizona State, Princeton, Harvard and more, Myers said. And Like ZAGS on Facebook