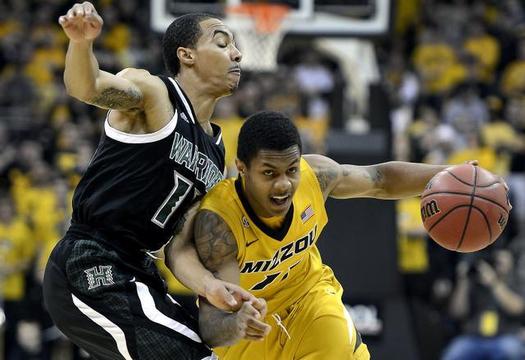 By JACK LeGWIN Special to ZAGSBLOG Shane Rector has decided to transfer from Missouri after a disappointing freshman season. “I understand Shane’s desire for extended playing time and will do whatever I can to assist him in this process,” Head Coach Kim Anderson told MUTigers.com. “I certainly want to thank Shane for his time at Missouri and want to wish him and his family all the best.” A 6-foot-1 point guard from The Bronx, Rector confirmed that he will be returning home for his next stop. “Yeah, I would stay local,” Rector told SNY.tv. Rector originally committed to Rutgers, before decommitting, and signing with Missouri. He currently has no list of schools. While Rector is leaving, Missouri maintains one of its original commits in the class of 2014 in Namon Wright, who originally decommitted from the Tigers, but recommitted today. “Thank you to all the coaches who’ve been apart of this process, but I’m a Tiger baby. I’ve decided to re-commit to the ZOU!” Wright tweeted.  The 6-5 Wright will add length to a Tigers backcourt that loses Jordan Clarkson to the NBA Draft. Follow Jack on Twitter Follow Adam Zagoria on Twitter And like ZAGS on Facebook