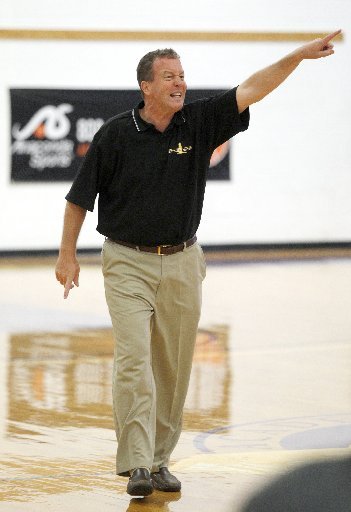 By  JOHN PAVIA Special to ZAGSBLOG NEW YORK — Monteverde Academy (FL) coach Kevin Boyle and his team will defend their championship in the DICK’s Sporting Goods High School National Tournament after defeating Huntington Prep (W.V.), 56-51, on Friday at Christ the King High School. Montverde will face Oak Hill Academy in the championship game at noon on Saturday at Madison Square Garden. For Boyle, it is the third straight year he’s led Montverde into the finals of this event, previously known as the ESPN National High School Invitational. In 2013, Montverde edged Tyler Ennis and St. Benedict’s Prep in the final at Georgetown Prep. In 2012, Montverde blew a huge lead and lost to Findlay Prep in the final. In 2011, while the coach at St. Patrick High School in Elizabeth, N.J., Boyle’s club was ranked No. 1 nationally before losing to arch-rival St. Anthony in the mythical national championship game at Rutgers. “I guess it’s a good thing,” Boyle said of his success as a coach. “At St. Pat’s we had a lot of good players and a lot of athletic, quick kids so we could always be good defensively. You know, [St. Anthony coach Bob] Hurley was such an excellent coach and defensive coach so we had to be really good defensively to beat him so we kind of copied that motto. That’s usually why I play three guards and two bigs. Sometimes we do it different here because we’re so big this year so we’ve tried to take people out of what they like to do. Teams usually struggle to get to the 60 point mark against us or even the 50 a lot of times. “It’s great, but at Monteverde, in basketball and soccer, they have high, high expectations. Soccer hasn’t lost in over 100 games so if we win this we still kind of trail them by a big shot,” he joked. “They expect us to be in the conversation. Monteverde Academy was led by Ohio State commit D’Angelo Russell’s 17 points, Virginia Tech commit Justin Bibbs’s 13 points and 2015 LSU Ben Simmons’s 12 points and eight rebounds. For Huntington Prep, Providence commit Jalen Lindsay was their high scorer with 14 points as he was their only player in double figures. Photo: NJ.com

Kentucky's Dakari Johnson Predicted an NCAA Championship a Year Ago