In a Potential One-and-Done Season, Ennis Says ‘A Lot of People Wrote Syracuse Off’ 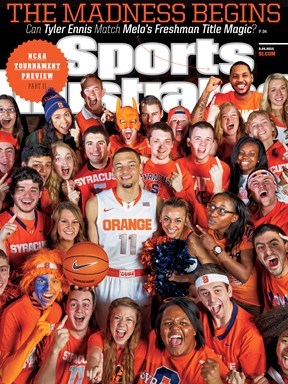 BUFFALO — When the Syracuse basketball team walked out to practice on the floor of the HSBC Arena Wednesday afternoon, one particularly vocal Syracuse fan yelled from the stands, “Yo, Ennis. Shine, dude shine.” Carlton Hickey is a former public safety officer at Syracuse and said he wants to see freshman point guard Tyler Ennis step up and be more aggressive in what could be his lone NCAA Tournament run with the Orange. “I think he’s a helluva talent and he’s going to the NBA and I just want him to not be timid on the road to the Final Four because they need him to just step up and be a man about it,” Hickey, who has no inside information about Ennis’ future plans, told SNY.tv from his courtside seat. Ennis, who will have 50-60 family and friends from Toronto here, hasn’t made any public proclamations about his future, but it’s entirely possible he will be one-and-done at Syracuse. The 6-foot-2 freshman is projected as the No. 9 pick in the NBA Draft by Chad Ford and No. 14 pick by DraftExpress.com. Over the next few weeks, Ennis, who is featured on a current regional cover of Sports Illustrated, has the opportunity to make an indelible mark at Syracuse, following Carmelo Anthony among freshman to lead Syracuse to a Final Four and an NCAA championship. “That would be kind of a dream come true, to play on that kind of stage but also just to show the heart,” Ennis told SNY.tv exclusively in the Syracuse locker room. “We lost the last couple games. We have to pretty much go on a run now if we want to make it that far, so it would show a lot about our team but also how much heart we have and also that we’re able to bounce back.” Syracuse’s road to a potential Final Four begins with a game against Western Michigan on Thursday, and then could include the Dayton-Ohio State winner on Saturday. If they get past those two games, Ennis could face fellow Canadian and former CIA Bounce teammate Andrew Wiggins and Kansas in the Sweet 16 in Memphis. After starting the season 25-0 thanks to several breathtaking clutch shots by Ennis, the Orange limped to the finish line, losing five of their last seven, including falling to N.C. State in the ACC Tournament quarterfinals. Now it seems everyone and their mother — including Syracuse coach Jim Boeheim — is picking Michigan State or Louisville to win the NCAA Tournament. Syracuse, once the No. 1 and dominant team in the nation, has become an afterthought. And that isn’t lost on Ennis, who says people are sleeping on the Orange. “Yeah, I’d say so,” he told SNY.tv. “I try not to pay attention to it but definitely I think a lot of people wrote us off.” Ennis says he and his teammates have now regained the “chip” they had when they were ranked No. 8 in the preseason. “Preseason we weren’t ranked as high as we thought so I think everybody has a little chip on their shoulder,” Ennis said. “So I think we kind of lost that when we got ranked No. 1 so I think now we’re kind of refocused.” Others may perceive Syracuse to be a little tight based on their recent struggles, but Boeheim and the other coaches say as long as Ennis is running the point, they aren’t worried. “I don’t really think about Tyler Ennis, to tell you the truth,” Boeheim said here. “He’ll be fine.” Syracuse assistant Adrian “Red” Autry recruited Ennis out of St. Benedict’s Prep in Newark, where Ennis led the Gray Bees to the ESPN NHSI championship game last season. “He’s a winner,” Autry said. “When we went through the recruitment, he was always there on the last day so hopefully that will continue to carry over.” 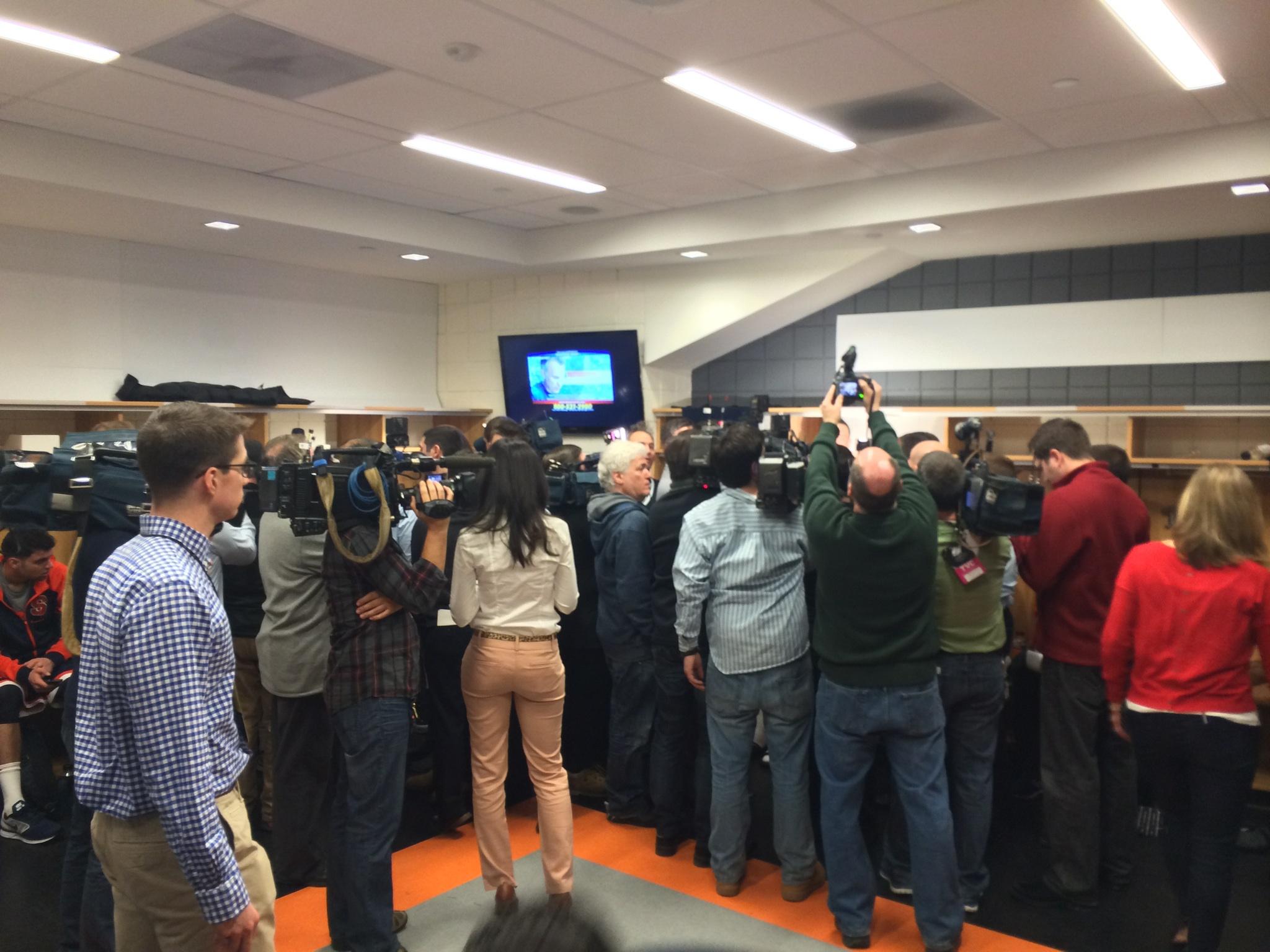 Ennis was surrounded here by a phalanx of reporters, some from Canada, who asked him questions about Anthony and Michael Carter-Williams and how he compares to them. “It’s kind of surreal when I think back on it,” Ennis told SNY.tv. “Just being compared to both those guys. Right now I really have a job to do and that’s win games. And those guys have won games, they’ve been through college. So I’m just focusing on myself. I can’t really try to fill Carmelo’s shoes. I can’t fill Mike’s shoes. I think that’s why I’ve been able to be successful this year, just focusing on what I’m going to do.” He will play here in the same site as his brother Dylan Ennis, a guard at Villanova, and have the comfort of playing in front of a huge group of family and friends, including his parents, Tony McIntyre and Suzette Ennis. The drive to Buffalo is only about an hour and 20 minutes for those folks. “I love when my family’s here to watch and I think I played my best games when I have my family here so hopefully that keeps up in the next couple games,” Ennis said. These next few games could be the last of Tyler Ennis’ career at Syracuse, but don’t try comparing him to Melo or MCW. He’s going to get his own shine on. Photo: Mike Hopkins Follow Adam Zagoria on Twitter