DeAndre' Bembry, And His Hair, A Force to be Reckoned With | Zagsblog
Follow @adamzagoria

DeAndre’ Bembry, And His Hair, A Force to be Reckoned With 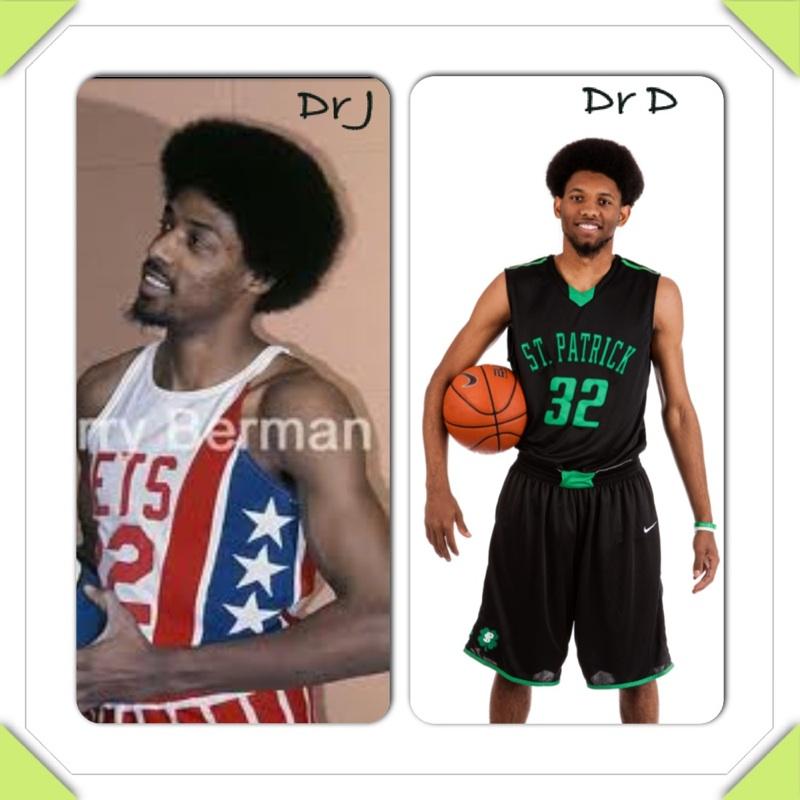 BUFFALO — DeAndre’ Bembry’s afro doesn’t have its own Twitter account, but maybe it should. Just as former Murray State standout Ed Daniel’s hair has its own Twitter, @ed_hair, Bembry’s would seem to be a prime candidate, too. “Somebody told me I should get a Twitter account for it,” he said here as St. Joe’s prepared to play UConn Thursday in an East Regional game. Last year, one of the players at Bembry’s old high school, The Patrick School in Elizabeth, N.J., created the above side-by-side photo of old-school Julius Irving and new-age Bembry to compare their afros. The pictures reads “Dr. J” and Dr. D.” “People are not really used to it,” said the 6-foot-6 Bembry, who played AAU ball with the Sports U program in New Jersey. “They also say it’s an older ‘do for that and nobody really actually wears it. I actually saw a couple college players wearing it, but not too many.” 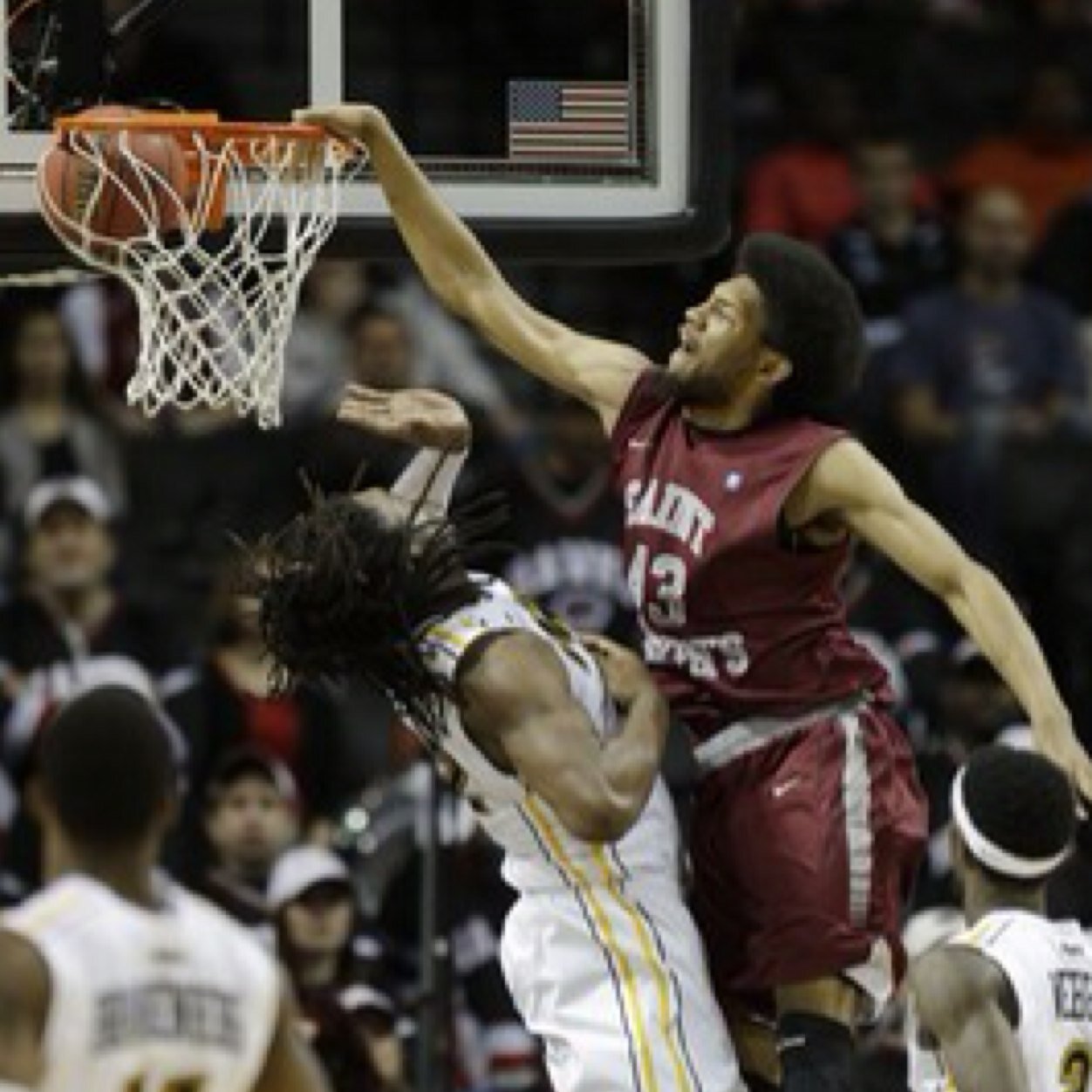 Bembry will cover UConn’s star guard Shabazz Napier in Thursday’s game. When Napier was asked about Bembry, he said, “What number is that? Is he the guy with the ‘fro?” Bembry has big hair, but he also has a big game. The Atlantic 10 Co-Rookie of the Year, he is St. Joe’s third-leading scorer at 12.0 points per game and also averages 4.5 rebounds and 2.7 assists. “He’s a pro,” one A-10 assistant told SNY.tv. “He’s got to work on his outside shot but outside of that he’s a pro.” Defensively, Bembry takes pride in covering the other team’s best player. “It will be interesting to see how he goes after the UConn guard because he will be guarding him,” Patrick School coach Chris Chavannes told SNY.tv. “I know ‘Dre is pumped for that and will go after that kid. It will be personal in the game. He thrives on those challenges. He has drawn all the assignments for them this year.” Said Bembry: “I always had that type of attitude to go towards the best player…Even if I missed all my shots, I’m going to make sure I play defense.” Bembry learned something about defending elite offensive players when he had to cover former St. Patrick’s and current Cleveland Cavaliers star Kyrie Irving during open-gym workouts at the school “The talent is crazy there,” he said. “Kyrie, his handle is so crazy, you can’t go for it or he’ll cross you. He actually crossed somebody and it actually hurt their ankle one time. It’s just fun when you get to work out with those type of guys.” He added: “It’s a crazy talent to play against and go against and just see where you could go to.” When St. Pat’s closed due to financial reasons after Bembry’s junior season, he could have left and gone elsewhere. But Chavannes convinced him the school could survive — and it eventually reopened in a new location as The Patrick School. “I wasn’t really worried about it,” Bembry said. “Since I’m so close to coach Chavannes, I just believed whatever he told me and it came out the better for me.” Bembry came to St. Pat’s with the afro, having grown it as a sophomore along with his high school teammates at his old school in Charlotte, N.C. Now it’s his trademark and it’s not going anywhere. “That’s definitely one of the reasons I’m not going to cut it,” he said.