Pitino: 'We'll probably be a one seed' | Zagsblog
Follow @adamzagoria

Pitino: ‘We’ll probably be a one seed’ 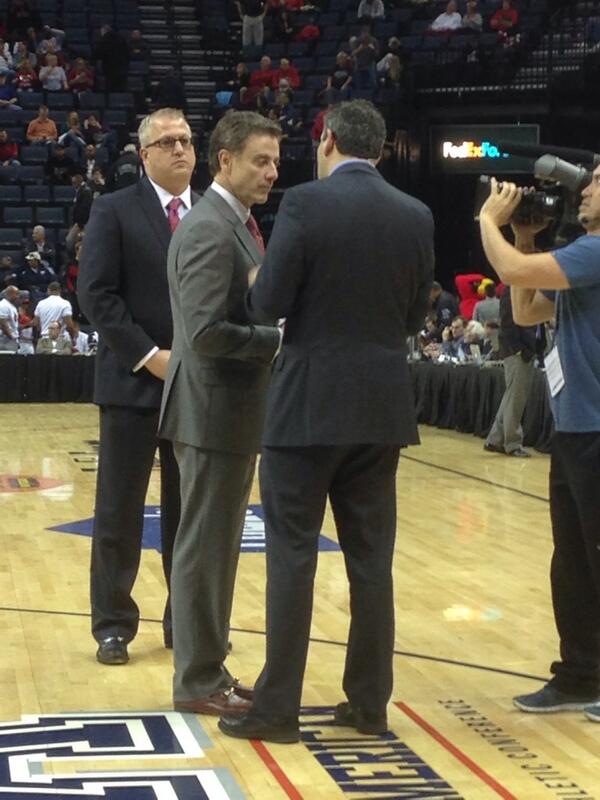 After beating UConn to wrap up the American Athletic Conference tournament championship, Louisville coach Rick Pitino gave the Selection Committee a little something to think about. “We’ll probably be a one seed,” Pitino said. Pitino told ESPN’s Andy Katz that he thinks the Cardinals should be a No. 1 seed, but knows they probably won’t be. Earlier Saturday, ESPN’s Joe Lunardi had Florida, Wichita State, Arizona and Michigan as the four No. 1s. But that was before Kyle Anderson went off for 21 points, 15 rebounds and 5 assists as UCLA beat Arizona, 75-71, in the Pac-12 championship game. Louisville, meantime, has now won three straight postseason tournament titles, two Big East and one American. A year ago, they left the Madison Square Garden nets up, preferring instead to focus on those in Atlanta. Three weeks later, Louisville cut down the nets to win the NCAA championship over Michigan. While this year’s team may not enter as a No. 1 seed, nobody will want to play a club loaded up with American MOP Russ Smith, who dropped 42 in the semifinals, returning Final Four MOP Luke Hancock and projected lottery pick Montrezl Harrell. Photo: Andy Sweeney