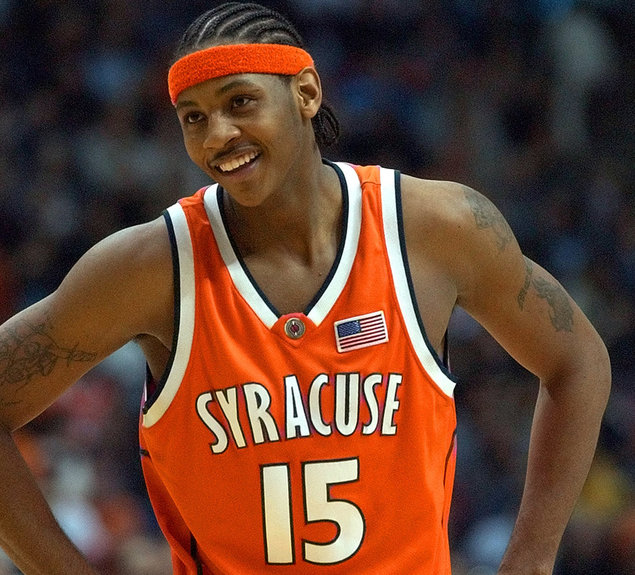 NEW YORK — No shocker here, but Carmelo Anthony is picking Syracuse to win the NCAA championship despite their recent struggles. “It happens, it happens,” Anthony said of the Orange, who have lost five of their last seven games after a 25-0 start. “They’ll bounce back.” Asked if Syracuse — now projected as a 3 seed — can cut down the nets in North Texas, Anthony said “Without a doubt, I got them to win it. I’m picking them to win it.” Anthony led Syracuse to its only previous NCAA championship as a freshman in 2003.

Boeheim: 'I don't care if ACC Tournament is on the moon'