Corey Sanders Returns with a Bang 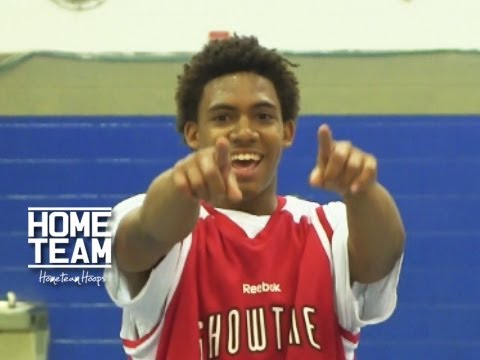 By JACK LeGWIN Special to ZAGSBLOG LAKELAND, Fla.- Corey Sanders returned to action with a bang on Friday night, going coast to coast after a Bartow (Fla.) missed free throw to lay it in with .5 seconds left to give Kathleen (Fla.) the win 62-61, moving their record to 13-3 on the year in front of a sold out crowd. Sanders was out for almost a month and a half waiting to be cleared to play after he transferred from IMG Academy (Fla.) to Kathleen (Fla.). “It feels great to be back,” Sanders told SNY.tv Friday night. “I’m playing in my hometown in front of all of the hometown fans, and my friends, it feels great. It feels good to win like that, it was a good team win with all of my brothers. I’m just shocked right now to be honest with the way that ended.” Sanders finished with 14 points, and 7 rebounds. Sanders, ranked No. 61 in the country by 247 Sports in the Class of 2015, currently has offers from Tennessee, LSU, Michigan, Memphis, South Florida, Central Florida, Southern California, Marquette, Murray State and Xavier. He also has interest from Florida, Louisville, Georgia, Miami, Oklahoma State, and Texas A&M. Sanders decommitted from UCF on October 17th. “I really just want to play in a system that lets me get out and run the floor,” Sanders said. A 6-foot-1, Sanders is possibly the most athletic guard in the class of 2015 with a vertical jump that regularly eclipses 40 inches. He plays much bigger than his size would indicate, and his defense on and off ball is very sound. An electric player to say the least, Sanders will be a big get for any Division 1 school that happens to land him. Photo: Home Team Hoops/ Ryan Currie Follow Jack on Twitter