Justin Bibbs: Ready for the ACC 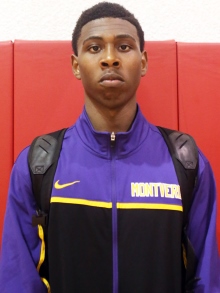 By JACK LeGWIN Special to ZAGSBLOG Virginia Tech-bound Justin Bibbs is ready for the jump to the ACC to help out a Hokies team that returns 12 of their 14 players next year. Bibbs, a 6-foot-5 lefty from No. 1-ranked Montverde Academy (FL), is the third member of a recruiting class that includes Jalen Hudson from St. Vincent-St. Mary (OH) and TJ Lang of McGill Toolen (AL), all three of whom know how to contribute to a winning program.  “All three of us play top teams on a consistent basis,” Bibbs told SNY.tv. “That will really help all of us in the ACC next year playing against Louisville, Duke, North Carolina, Syracuse, everyone really. Once you get used to winning, you don’t want to lose, so I feel like we will bring that winning attitude next year.” Montverde is 41-2 in the past two years with Bibbs coming off the bench last year, and starting this year. A long and lanky silky smooth lefty from Ohio, Bibbs’ whole game is centered around his ability to make shots. His ability to contribute both in man and zone will help considerably next year in Blacksburg. “I feel like I bring an all around game,” Bibbs told SNY.tv. “Offense, defense. I really feel like I’m an energy guy that can help a lot.” Photo: Scout Follow Jack on Twitter