Seton Hall hasn’t had an NBA Draft pick since 2001, when Eddie Griffin and Samuel Dalembert both went in the first round. That could change this year. Fuquan Edwin is projected to go No. 54 in next year’s NBA Draft, according to DraftExpress.com. The 6-foot-6 Edwin was picked as a Preseason Second-Team All-Big East selection after averaging 16.5 points and a Big East-best 2.4 steals last season. “There aren’t many players in college basketball who fit the ‘3 and D’ mold better than him,” Jonathan Givony, the publisher of DraftExpress.com who recently wrote an extensive summary of Edwin, told SNY.tv. “He’s improved a ton since he arrived at Seton Hall. If he can have another solid year shooting the ball well and continuing to be one of the best perimeter defenders in college basketball, he’s got a really good chance to get drafted.” One veteran NBA scout described Edwin this way, “Good college scorer. Right now a second-round pick.” For his part, Edwin is honored that he’s being mentioned as a potential pro. “I mean, I think it’s cool. I’m just happy the attention is there as far as me being recognized and stuff,” Edwin told SNY.tv in advance of Tuesday’s Seton Hall Media Day. I have covered Edwin since he burst onto the scene as a long, lean freshman at Paterson Catholic. Back then, he was a rebounding machine who averaged double-digit boards and scored on layups and putbacks and in transition. In his tenure at Seton Hall, he has evolved into one of the top perimeter defenders in the nation while working to develop his handle and his somewhat awkward looking jump shot. He spent many days this past summer working out with his close friend and fellow Paterson, N.J., native, Rutgers guard Myles Mack. “I think he’s going to have a great year,” Mack said last week. “Me and him have been working on our games a lot this summer. I’ve seen a lot of improvement in his game. I’m just looking forward to seeing him play and playing against him, too. “His jump shot has gotten a lot better. He’s been working on his handle, too, to get to the next level.” Said Edwin: “It was good working out with him. Myles is quick, so I’m not lacking on my competition. I’m getting better every day, so that’s what I took it as.” One thing that should help Edwin this year is that Seton Hall is a much more balanced and deep team with the addition of guards Sterling Gibbs and Jaren Sina, and with a healthy group of frontcourt players. “I think he’s excited about the fact that he’ll be able to play with four guards instead of just one guy, with a healthy Eugene [Teague], a healthy Brian Oliver, Patrik [Auda] and Brandon [Mobley],” Pirates coach Kevin Willard told Jerry Carino earlier this month. “He’ll still be our go-to guy, but people aren’t going to be able to focus on him. If they do, someone else is going to get you. We have a lot of scoring options. He’s more excited than anything about having the opportunity to play with all those people.” There is still an entire season ahead, and Edwin and his teammates will have to work to lift the Pirates out of the eighth-place finish Big East coaches picked for them. Still, if Edwin is able to make the NBA, it would allow him the opportunity to make a better life for himself and his family. 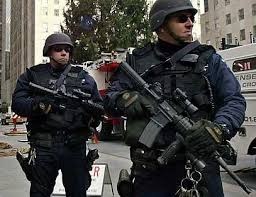 As I wrote in this story in 2012, Edwin grew up in the tough Alabama housing projects in Paterson, where police in full armor once roared into his apartment and ordered his entire family to get down on the floor because they were looking for someone. Mack said Edwin’s background motivated him to work hard in basketball so that he could escape the fate of the streets. “Just how he grew up, it wasn’t a great situation,” Mack said. “I know how he grew up. Just everything motivates him. Just his family and things like that.” The Alabama projects have since been destroyed, and Edwin said his mother, Anisa Thomas, now lives in an apartment on Paterson’s North 10th St. “It’s good because we wasn’t just boxed in in a complex, so it’s less drama,” Edwin said. If he’s able to make it to the NBA — or any pro league for that matter — Edwin knows one thing he will do. “It would help me get her a nicer house and I could get her a car so she could get to work because she doesn’t have a car right now,” Edwin said. Speaking generally of potentially making the NBA, Edwin added: “It would definitely be something special.”

Bluiett Expected to Decide This Week