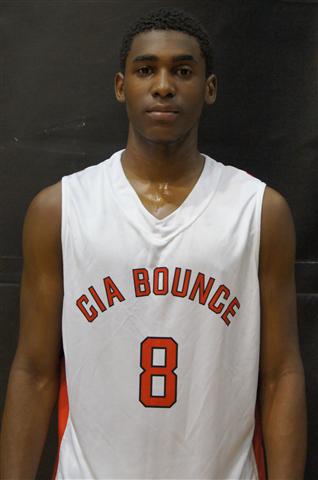 By JACK LeGWIN Special to ZAGSBLOG This past weekend, West Virginia received a visit from one of the top players in the class of 2015. Montaque Gill-Caesar, a 6-foot-6, 200 pound junior out of Huntington Prep (WV) took the short road trip up to Morgantown with a couple teammates in West Virginia-bound center Levi Cook and 2015 forward Miles Bridges to see the University of West Virginia’s Midnight Madness, and was impressed by what he saw. “It was cool,” Gill-Caesar told SNY.tv. “I took a visit there last year but I went there for Midnight Madness this year and the atmosphere was crazy. Levi had been there before, but for Miles and I it was a bit different, just seeing how everything worked with the new players, new recruits, and just seeing how they would deal with it.” Currently, Gill-Caesar is weighing on his options for college, and doesn’t have any favorites. “I’m wide open right now. Haven’t really thought about making a decision yet,” he said. Ranked 19th in the class of 2015 by ESPN, Gill-Caesar has drawn comparisons to former teammate, and fellow Canadian, Andrew Wiggins, but previously told SNY.tv that he sees the similarities, but is himself on the court. “I take little things but at the same time I’m my own player,” he said. “I try to add some of my own stuff to my game, but yeah he’s helped me a lot.” Gill-Caesar currently holds offers from Providence, Illinois, Baylor, Memphis, Purdue, Missouri, West Virginia and Alabama. Follow Jack on Twitter