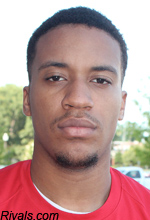 By JACK LeGWIN Special to ZAGSBLOG On Monday, three players in the class of 2014 committed. Joe Burton, a 6-foot-6, 195 pound small forward out of Lutheran North HS (Oklahoma), committed to Oklahoma State, joining center Mitchell Solomon and guards Jared Terrell and Jeff Newberry as the fourth player to commit in the class for coach Travis Ford. The 53rd ranked player in the country by ESPN, Burton chose the Cowboys over Oregon and Oklahoma. “They made me feel like I was a part of the family when I went on the visit,” Burton told SNY.tv of Oklahoma State. “Most of my friends told me that when you visit there, you just feel like you belong there, and thats how it felt when I went on the visit. Burton is the second player in the ESPN Top 100 in the class of 2014 to commit to Oklahoma State, with Terrell being the other. Burton feels like the relationship between the two that they struck up on the visit will help out when they arrive to Stillwater. “I actually took my visit with Jared,” Burton said. “I got to spend a lot of time with him that weekend. I actually got a little bit of a vibe that Jared was going to commit, because we had such a great time down there.” Brett Jolly, a 6-foot-10, post-graduate power forward out of Blair Academy (NJ) committed to St. Louis University, joining Davell Roby, Marcus Bartley and Austin Gillman,  making him the fourth player to commit to the Billikens. A versatile big man with good touch inside, Jolly is expected to make an impact for coach Jim Crews. Jolly also considered Arkansas, TCU, Colorado and Old Dominion. “Their play style and coaching was big for me,” Jolly told SNY.tv of St. Louis. “They use the big man to pick and pop (which I excel at). I also love how they are one of the best mid-major programs in the country right now. They got a lot of hype behind the program.” Said Blair coach Joe Mantegna: “Brett Jolly is an interesting outside-in big.  He is a 6-10 guy who can play like a stretch four on offense with his advanced skill level, but is big and tough enough to guard fives on the interior.  SLU is excited about his versatility.” 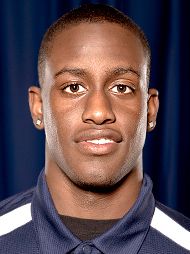 Zach Johnson, a 6-foot-2, 180 pound combo guard out of Miami Norland HS, committed to Florida Gulf Coast, joining Junior College transfer Eric Moeller, and Jacksonville (Fla.) Providence HS guard Christian Terrell. An athletic, strong guard, Johnson excels in transition, and loves to get down and dirty on the defensive side of the ball. He will bring much excitement to “Dunk City.” Follow Jack on Twitter