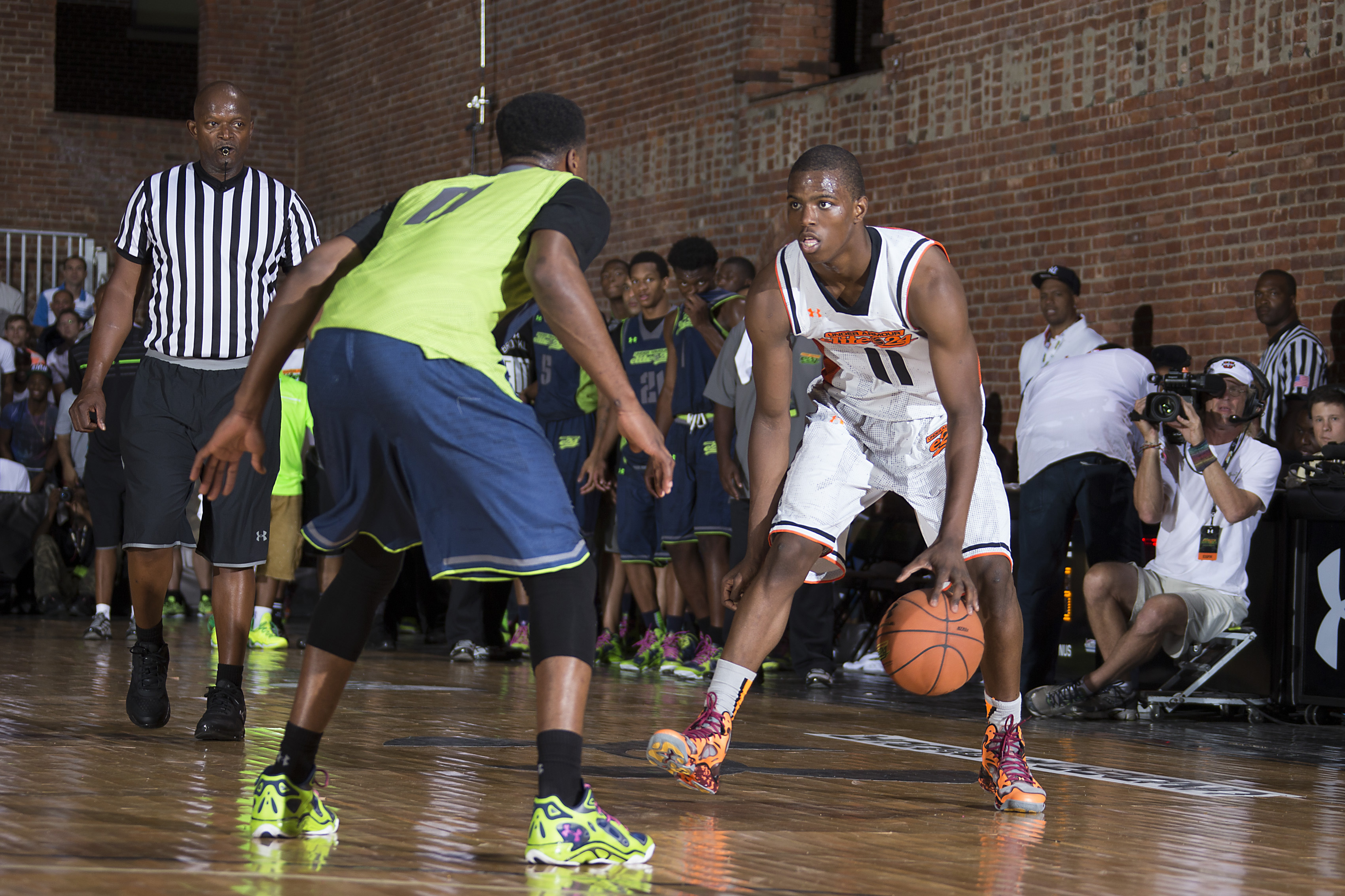 NEW YORK — When Isaiah Whitehead committed to Seton Hall on Thursday afternoon, he automatically became the highest-ranked player in the Class of 2014 committed to a Big East school, according to the Scout.com rankings. In fact, Seton Hall now has the two highest-rated incoming recruits, with Whitehead at No. 12 and forward Angel Delgado at No. 42. (See chart below.) Remember that Syracuse, Louisville and UConn are among those no longer in the Big East, so other top commits who would have played in the Big East are now headed to other conferences. For example, Syracuse pledge Chris McCullough of New York is No. 15, UConn pledge Daniel Hamilton is No. 19 and Louisville commit Shaqquan Aaron is No. 32. Still, even if those three schools were still in the Big East, Whitehead would be the highest-ranked pledge headed to the league, and thus could become the face not only of Seton Hall, but of the Big East beginning in 2014. “I told Isaiah and his family that,” said Lincoln coach Tiny Morton, who may well be coaching Whitehead as an assistant at Seton Hall in 2014. “I told him that he’s not just going to help Seton Hall, he’s going to help the Big East also because the Big East is new this year and he might be the face of the Big East if he do the right thing, which is huge.” Whitehead’s commitment to Seton Hall, which has struggled to land elite local players in recent years, was not lost on other local stars who still have college decisions to make. “I think the Big East obviously was a great league before and there were some questions what kind of league it was going to be going forward, but if they get a kid like Whitehead, I think Whitehead’s a pro,” Gary Battle, a former Division 2 All-American at New Haven and the father of 2016 Gill St. Bernard’s guard Tyus Battle, told SNY.tv. “I think he’s a phenomenal player. I think a lot of kids would consider [the Big East]. Especially  what [Whitehead] did, he had a  great summer. He had some summer against high-level competition, guys like [Emmanuel] Mudiay and guys who were supposedly quote-unquote ranked higher. I think he’s just as good or better.” There’s no doubt that losing perennial Final Four contenders like Syracuse, Louisville, UConn and Pitt was a huge blow for the Big East, but Whitehead showed on Thursday that the top player from New York City was willing to consider Seton Hall and St. John’s as his No. 1 and 2 options. “They lost some great programs, obviously Syracuse and Pittsburgh and some others,” Battle said. “But I think the great thing is that they’re at the Garden [for the Big East Tournament], still playing in New York. Basketball-only [league]. I think New York and New Jersey, the tri-state is a basketball area. It’s still going to be the Big East. It’s going to take some time. Actually, it’s happening quicker than we think it is in terms of how the recruiting has gone. But I think the Big East is still the Big East.” Of course, that doesn’t mean that Tyus Battle will stay in the Big East from New Jersey. The 6-foot-5 shooting guard heads this weekend to Ohio State on an unofficial — “Not a Big East school, but a very good school,” his dad said — and also holds offers from Indiana, Syracuse, Villanova, Providence, Washington and others. Gary said Tyus would like to visit Michigan, Villanova and Syracuse at some point this year. George Briscoe, the father of 2015 Roselle (N.J.) Catholic guard Isaiah Briscoe, still believes in the local Big East schools — Seton Hall and St. John’s — as well as Rutgers, which will join Ohio State in the Big Ten in 2014. “We got it right here,” George told SNY.tv. “I think that group, with Whitehead and them, we got [Rutgers coach] Eddie Jordan, we got [Seton Hall’s] Shaheen [Holloway], we got [Kevin] Willard, we got [St. John’s coach Steve] Lavin, so there’s good coaches in the area now. Lavin and Eddie Jordan, they’ve been through the trenches, so that’s not a bad thing. I think that’s the difference that kids will really consider and the style of play.” Still, Isaiah Briscoe, like Tyus Battle, is being recruited nationally, with Arizona, Syracuse and Memphis among those he’s considering. As we reported here, Whitehead and Briscoe talked on Tuesday night, with Whitehead telling Briscoe he wanted him to follow him to college. Whitehead may well be one-and-done at Seton Hall, but he wouldn’t mind having Briscoe join or follow him…perhaps as the next new face of the Big East. “Oh definitely,” Whitehead said Thursday. “Briscoe is crazy. He’s says I’m one-and-done, so you never know. But if I do stay, I would definitely recruit him to come.”   SCOUT RANKINGS – BIG EAST COMMITS No. 12 Isaiah Whitehead – Seton Hall No. 42 Angel Delgado – Seton Hall No. 47 Isaac Copeland – Georgetown
No. 48 Paul White – Georgetown
No. 63 Paschal Chukwu – Providence No. 66 Phil Booth – Villanova No. 75 L.J. Peak – Georgetown
No. 81 Jalen Lindsey – Providence
No. 88 J.P. Macura – Xavier
No. 91 Mikal Bridges – Villanova
No. 92 Malek Harris – Marquette
ESPN.COM RANKINGS No. 32 Jalen Lindsey – Providence No. 35 Isaiah Whitehead – Seton Hall No. 47 Isaac Copeland – Georgetown No. 54 L.J. Peak – Georgetown No. 57 Paul White – Georgetown No. 58 Paschal Chukwu – Providence No. 63 Angel Delgado – Seton Hall No. 70 Sandy Cohen – Marquette No. 79 Mikal Bridges – Villanova No. 81 Phil Booth – Villanova No. 88 Edmond Sumner – Xavier   Photo: Kelly Kline / UA