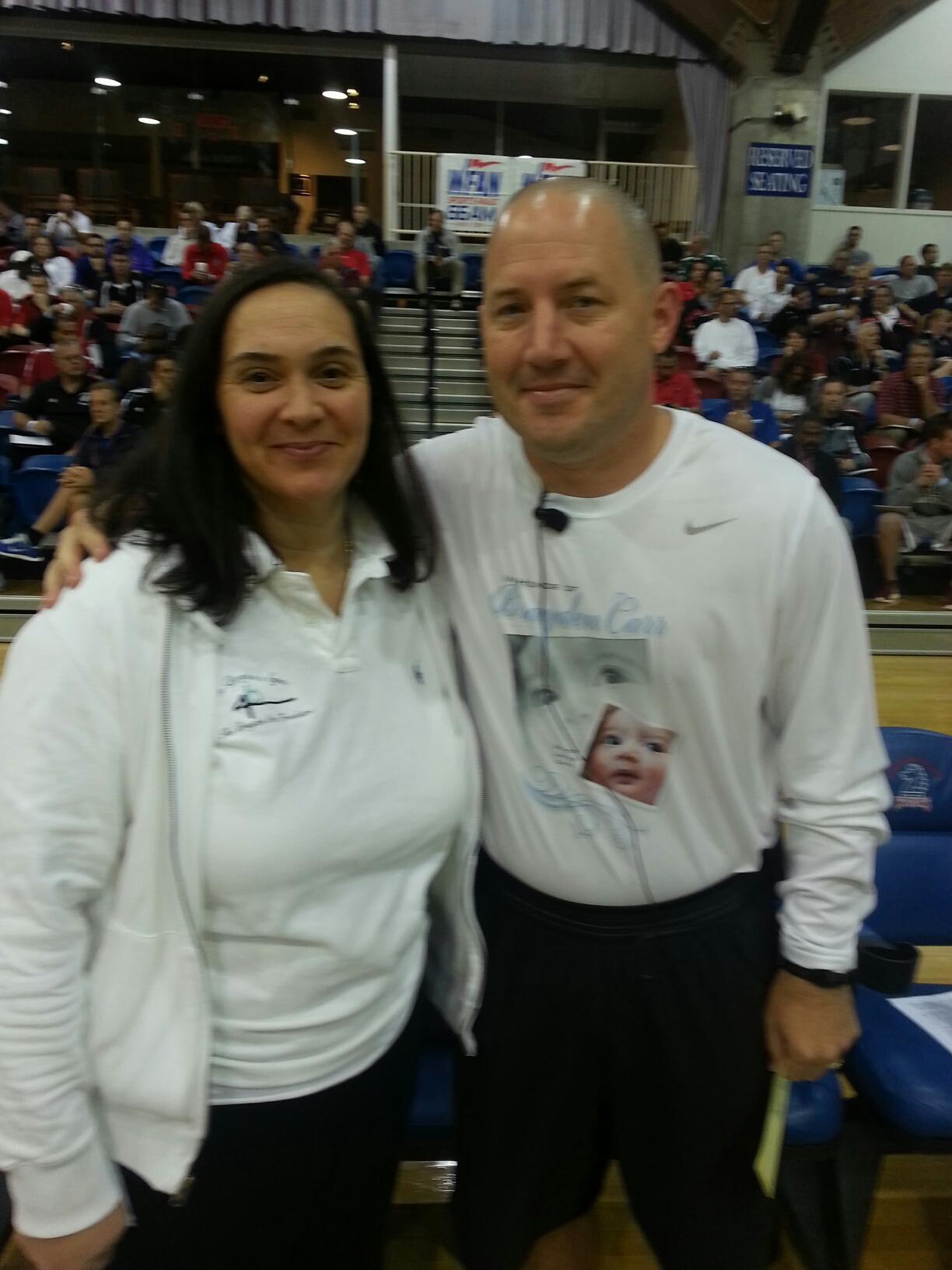 HACKENSACK, N.J. — Buzz Williams was one of several coaches on hand Friday for the Brayden Carr Coaches’ Clinic at Fairleigh Dickinson University, but he chose to honor Brayden in his own special way. The Marquette coach made up his own shirt with pictures of Brayden on it and wore it during his portion of the clinic. “We didn’t know he had it on when he took his sweat top off today and when we saw it it was really touching,” Jimmy Carr told SNY.tv. “My wife and I really appreciate all Buzz is doing. He was great, he spent a lot of time with a lot of people. And that shirt meant the world to us, the extra thought that he gave into the clinic.” Said Williams: “It was my way of honoring their family.” Steve Clifford of the Charlotte Bobcats, Nets assistant Lawrence Frank, former NBA coach John Lucas, ESPN analyst Seth Greenberg and Arizona coach Sean Miller also spoke at the clinic. For those who don’t know, “In Brayden’s Eyes, The Brayden Carr Foundation Inc.”, is a 501(c)(3) non- profit charitable organization established by Jim and Natalie Carr, parents of the late Brayden James Carr. As it says on their Website: “Brayden was an adorable two and a half year old boy who’s beautiful life was much too short. Out of horrific tragedy, in May 2011, the Carr family dedicated their lives to honoring their son’s indomitable spirit and infectious enthusiasm for life through positive endeavors. By way of service projects and fundraising ventures, they hope to provide athletic, social, rehabilitative, and academic opportunities to children with seizure conditions and their related physical needs, as well as provide humanitarian support/relief to their parents.” Jimmy Carr said the goal of each year’s clinic was to raise $100,000 for the Foundation. “Our goal every time we do one is $100,000, I think we’ll be knocking right at that door,” said Carr, now an assistant under Dan Hurley at Rhode Island. “And what’s great today is we actually had some of the people we’ve helped in the past with donations come back. We had a coach here from Massachusetts who we helped his daughter, we’ve had one of the kids who we helped put through school come back today. And when we can see our money, the tangible things that we have been doing with the coaches’ money, it’s terrific. Every thing is sponsored. Every thing we get from tuition goes right to the family and to the kids.” Jimmy and Natalie are the parents of 10-week-old daughter, Lucia. “Baby girl,” he said proudly.