Memphis Gets Homecourt Advantage in American Athletic Championship, But Will It Matter Against Louisville? | Zagsblog
Follow @adamzagoria

Memphis Gets Homecourt Advantage in American Athletic Championship, But Will It Matter Against Louisville? 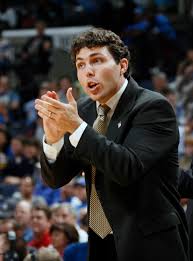 Memphis will get homecourt advantage in the inaugural American Athletic Conference basketball championship next March, but will it matter if they meet Louisville in the final? Syracuse had a huge homecourt advantage this past March when playing Louisville in the Big East Tournament championship at Madison Square Garden. They even had Derrick Coleman, Pearl Washington and Billy Owens sitting courtside. And how’d that work out for the Orange? Rick Pitino’s Cardinals stormed back from a 13-point halftime deficit in the Big East championship game and outscored Syracuse, 56-26, in the second half en route to a 78-61 rout. “No different than Syracuse in the Garden,” Louisville coach Rick Pitino told SNY.tv when asked if Memphis would have a homecourt edge at the FedEx Forum. In terms of the choice of Memphis over Philadelphia or Hartford for the site of the event, Pitino added, “Makes sense. Great arena and city.” Memphis, UConn and Cincinnati figure to be the main challengers to defending NCAA champion Louisville in the 10-team American. Louisville will bring in junior college point guard Chris Jones, whom some believe is better than outgoing point guard Peyton Siva. Jones will have plenty of toys to play with, including Russ Smith, Luke Hancock, Chane Behanan, Montrezl Harrell, Wayne Blackshear and Kevin Ware. The Cardinals are making a one-year pitt stop in the league before it heads to the ACC in 2014. Fran Dunphy’s Temple program, Larry’s Brown’s SMU club and Eddie Jordan’s Rutgers team will also be in the American, along with Houston, UCF and USF. “I think the whole league is really good,” Memphis coach Josh Pastner told SNY.tv. “I think this is a great basketball league. You’ve got a lot of good teams, a lot of good players.” Memphis certainly has come good players coming in. The Tigers have the No. 3 recruiting class in the nation, according to ESPN.com. The  group is led by forwards Austin Nichols and Kuran Iverson, who boldly predicted that Memphis’ recruiting class was better than Kentucky’s. Pastner must get the newcomers to jell together and with the returning guys, but it’s certainly nice to be able to dangle this carrot in front of the team during the first days of practice: Play well and you could potentially win your conference tournament in your home city. “I don’t care where the tournament’s at, you want to win every game, but it puts a little extra special [feeling] to it being here,” Pastner told SNY.tv. “But we got a long way before we get to that point. We know there’s going to be nine other really, really good teams. We’ve got to have a good regular-season conference so we can put ourselves in the best possible seed that we can get.” Still, whatever their seed, will it really matter with Louisville in the league?

Knicks Work Out a Trio of Former NBA Players' Sons