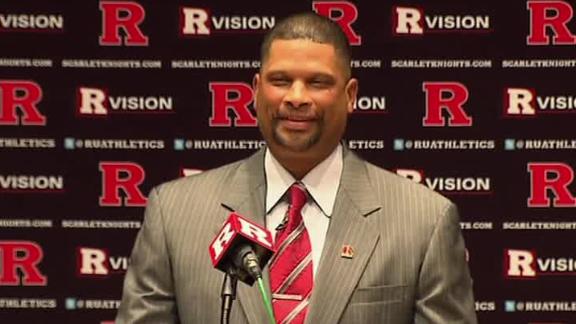 Rutgers and Seton Hall have signed an eight-year agreement to continue the men’s basketball series at alternating home sites beginning this upcoming season. The first game will take place at the Rutgers Athletic Center at 7 p.m. on Sunday, Dec. 8. Seton Hall will be a part of the revamped Big East Conference, while Rutgers will compete in the American Athletic Conference in 2013-14 before heading to the Big Ten in 2014. “I’m obviously very excited that this series is going to continue,” said Rutgers head coach Eddie Jordan. “I have been a part of this rivalry as both a player and an assistant coach, and I look forward to preparing our team for it. It helps to build spirit and is good for our University, our fans, our students and the New Jersey basketball community. It’s special and we can’t wait to grow the rivalry even more.”  “Continuing a local college basketball rivalry with such a rich tradition only made sense,” said Seton Hall head coach Kevin Willard. “This game has evolved into one that both fan bases look forward to each season, so we are happy to see it continue.” Rutgers’ four home games in the series will take place at the Rutgers Athletic Center in Piscataway in December of 2013, 2015, 2017 and 2019. Seton Hall’s four home games in the series will take place at the Prudential Center in Newark in December of 2014, 2016, 2018 and 2020.
Photo: ESPN.com