“Currently, Shane’s not scheduled to work out for the Knicks,” agent Steve McCaskill told SNY.tv. “And we don’t have any intentions of scheduling one. We don’t feel like he’s going to be on the board when they select.”

The Knicks have the No. 24 pick in the June 27 NBA Draft and could be in the market for a young point guard to back up Raymond Felton and Jason Kidd, especially if Pablo Prigioni doesn’t return to the team.

Echenique to Work Out for Wizards, Suns, Nets (UPDATED) 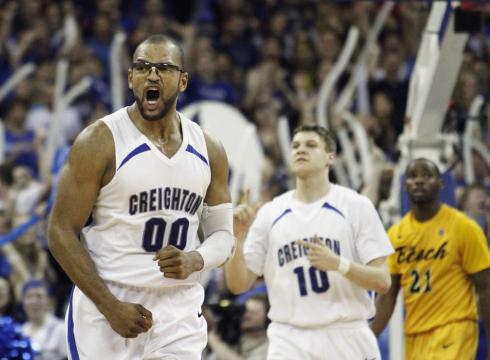 Former Creighton and Rutgers big man Greg Echenique will work out for the Washington Wizards June 3, the Phoenix Suns June 18 and the Nets June 19, his agent told SNY.tv.

The 6-foot-9, 260-pound center has already worked out for the Boston Celtics, the Minnesota Timberwolves and the Portland Trail Blazers.

“I think the Blazers was my best workout yet,” Echenique told SNY.tv of Friday’s workout. “I thought I played hard and finished well every time I had the ball. I got some good feedback from the staff.

“As for the Nets, I’m glad that more and more teams are giving me the opportunity to play in front of them and show what I can bring to the table. I consider myself a bit of an underdog during this process so every chance that I get I try and do my best.

If Chris McCullough had his wish, he would be joining his future Syracuse teammates at the Mary Kline Classic this Sunday instead of trekking across the country to play in the Pangos All-American Camp.

“It would be good if we all got the chance to play together in that game,” the 6-foot-10 McCullough, the New York City star who is headed to Syracuse in 2014, told SNY.tv Friday.

Thomas Bryant Getting Tested At USA U16 Camp

Thomas Bryant is a 6-foot-9 forward from Rochester (N.Y.) Bishop Kearney who is one of 31 of the nation’s top 16-and-under players competing this weekend in Colorado Springs with the 2013-14 USA Basketball Men’s Developmental National Team.

Twelve players will get the opportunity to play for head coach Don Showalter and USA Basketball in the 2013 FIBA Americas U16 Championship in Maldonado, Uruguay.

“It feels great,” Bryant, 15, told SNY.tv by phone. “It’s just an honor to come here and play against the top-ranked players in your class. It’s great competition. You just have to go out there and show what you’re made of.”

SUWANEE, Ga. — The team that created the most buzz last weekend at the Nike Memorial Classic went undefeated in pool play in the 17U division. The only catch is, all but one player are either in the eighth grade or are freshman.

The Karolina Diamonds, coached by Kevin Graves, are mostly known for their highlight reels on YouTube, but it’s not all about dunks for the high-flying freshmen out of the Greensboro area in North Carolina. The Diamonds have accumulated a 17-3 record playing on the 17U circuit this summer, and have done it in a variety of ways.

Graves, who has coached a variety of players in his career, most notably North Carolina commit Theo Pinson, believes the athleticism makes his team special.

Ohio State President Gordon Gee took shots at Notre Dame, Roman Catholics and the SEC in a December meeting of the school’s Athletic Council, according to The Associated Press.

On the Big Ten negotiating with Notre Dame, Gee, a Mormon, said: “The fathers are holy on Sunday, and they’re holy hell on the rest of the week.

“You just can’t trust those damn Catholics on a Thursday or a Friday, and so, literally, I can say that.”

On Notre Dame joining the ACC: “Notre Dame wanted to have its cake and eat it, too.”

On SEC fans who say the Big Ten struggles with math because it has 14 teams: “You tell the SEC when they can learn to read and write, then they can figure out what we’re doing.”

The indictment states that Holmes and his partners obtained “mortgage loans by fraudulent means to buy houses,” from 2006 to 2009.

The U.S. attorney’s office is seeking to recover $2.5 million from Holmes. Shabazz, 20, played one year at UCLA before declaring for the NBA draft. UCLA recruited him while he played for Bishop Gorman High School. Rashad [Muhammad], 18, who also played for Bishop Gorman, will attend San Jose State on a basketball scholarship in the fall.