Earl Smith Expects J.R. Will Opt Out of Knicks Deal 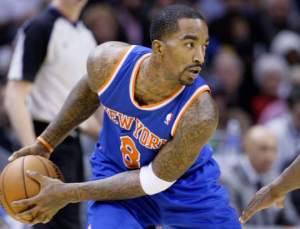 Earl Smith expects J.R. Smith to opt out of his Knicks’ deal and test free agency this summer.

The elder Smith made the comments to the New York Post, confirming an earlier report by Moke Hamilton of SheridanHoops.com.

“It depends on what’s on the table,” the elder Smith told the Post. “He’s already taken a lot less the last two years to play here. Whatever the decision, I support. I would love for him to be here but I have my other two sons here.” One of those sons is Chris Smith, who hopes to make the Knicks roster next season after rehabbing a torn patella tendon earlier this year.

Because J.R. Smith will have Early-Bird rights, the most the Knicks can offer the newly-minted NBA Sixth Man of the Year is a four-year deal beginning at $4.9 million per season. But the Knicks can be outbid by teams below the salary cap.

Rutgers guard Eli Carter is considering six schools for his next stop.

“The schools that I am considering are Maryland, Florida, Memphis, Creighton, Buffalo & Pittsburgh !!” he Tweeted.

Carter met Tuesday with Florida and Pitt and was slated to meet with Maryland on Wednesday.

“Right now his dad wants to talk to a few coaches and see what their plans are for him and where they see him fitting into their program,” Sports U coach Brian Coleman previously told SNY.tv.

“Committed to Duke,” he Tweeted.

Allen is the No. 32-ranked player in the Class of 2014 according to Rivals and is Duke’s first commit in the class.

He averaged 19.3 points last season and scored 31 points as Providence High won the Class 3A state championship in Florida, according to the Charlotte Observer. 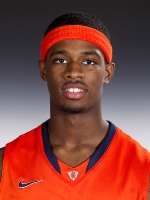 As Syracuse prepares for the move to the ACC and to take on the Dukes and North Carolinas of the world, Wednesday signified that it will do so with a key veteran presence on the floor.

Junior forward C.J. Fair announced on Wednesday afternoon that he will be returning to the Orange for his season season after earning second-team All-Big East honors as a junior for the 30-10 Orange, which advanced to the Final Four for the fourth time overall and third time since 1987 under Hall of Fame head coach Jim Boeheim.

“After talking it over with my family and my coaches, I decided another year at Syracuse was best for me,” Fair said in a statement released by the school. “I’m excited about working hard with my teammates to put together another great season and graduating has also been a goal of mine.”

The 6-foot-2 guard from Christ the King High School announced Wednesday that he would stay in New York and play at Fordham, choosing the Rams over Pitt, West Virginia, Wake Forest and Rutgers.

Severe is a huge get for Fordham coach Tom Pecora, whose team finished 7-24, 3-13 in the Atlantic 10 Conference last season.

“Next year I will be playing at Fordham University,” he announced during an emotional press conference at Christ the King.

“And so ends the longest five minutes of his life,” CTK coach Joe Arbitello joked after it took Severe several minutes to compose himself before announcing.