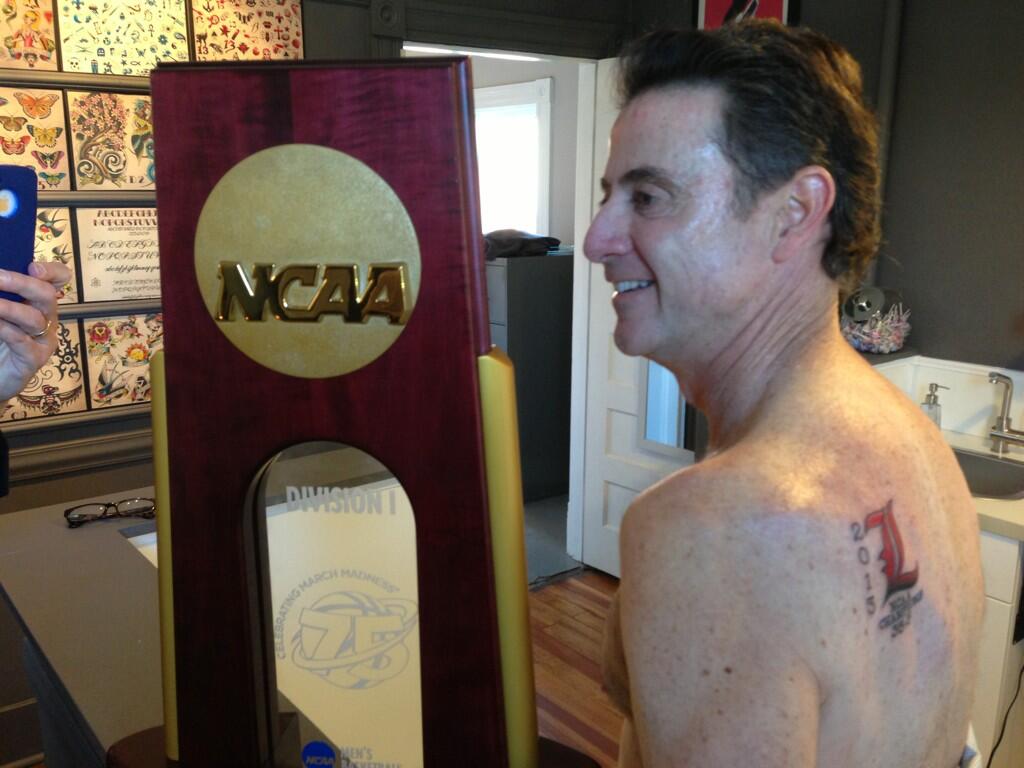 Rick Pitino got a tatt.

“Louisville Coach Rick Pitino follows through on his promise to his team to get a tattoo,” Cardinals’ spokesman Kenny Klein tweeted. Pitino told his players earlier this season if they won the national championship he would get inked, and now he has. “About 12-13 games ago, all of these guys, when they say hello they get a tattoo,” Pitino said after Louisville beat Michigan to win the NCAA title in Atlanta. “They said if you win the National Championship coach, you are getting a tattoo. I said hell yeah, I am getting a tattoo.” “I’m going to hold him to that tattoo he gonna be getting soon,” Kevin Ware said courtside. [youtube=http://www.youtube.com/watch?v=RyPMjuaA2Tg&w=560&h=315] Photo: Louisville

Kenyon Martin Could've Been a Celtic