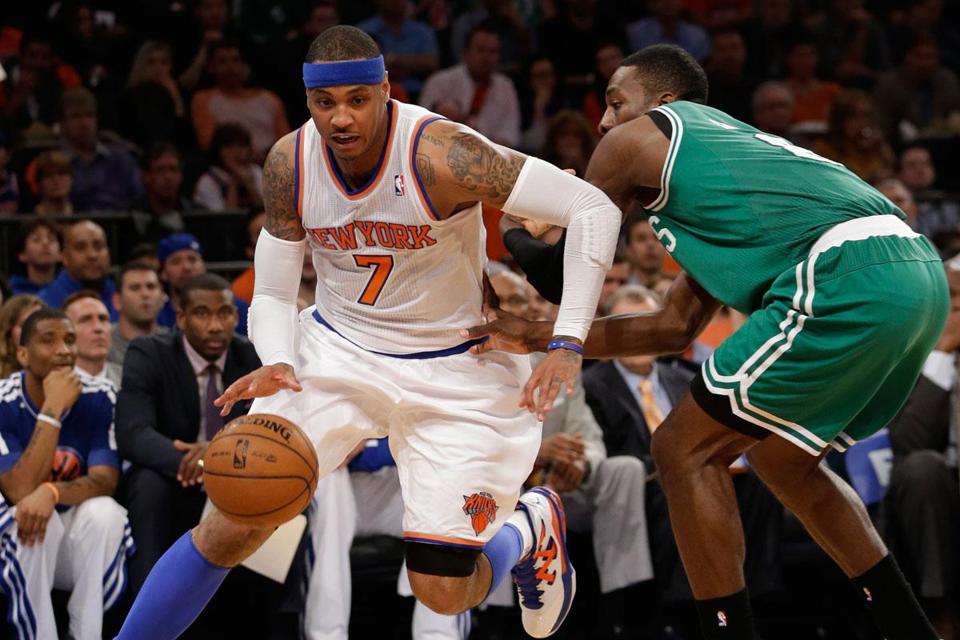 Winning Game 1 has put both the Knicks and the Nets in good position to win their first-round series, history tells us. Since the first round was expanded to a best-of-seven format in 2003, the team that won Game 1 went on to win 61 of 80 series (76 percent), according to the Elias Sports Bureau via ESPN.com. Teams that won Game 1 at home won 51 of 58 first-round series (88 percent) and teams that won Game 1 on the road won 10 of 22 series (45 percent). Both the Knicks and the Nets won Game 1 at home Saturday. Overall, home teams went 8-0 in Game 1s this weekend. The Nets host the Chicago Bulls in Game 2 tonight, while the Knicks host the Boston Celtics in Game 2 Tuesday. “It is a wonderful feeling knowing we got our first win of the series here on our home court,” Carmelo Anthony said after going for 36 points in Game 1. “We took care of business. It was real important to come out and get this first win and we did that.” Photo: AP