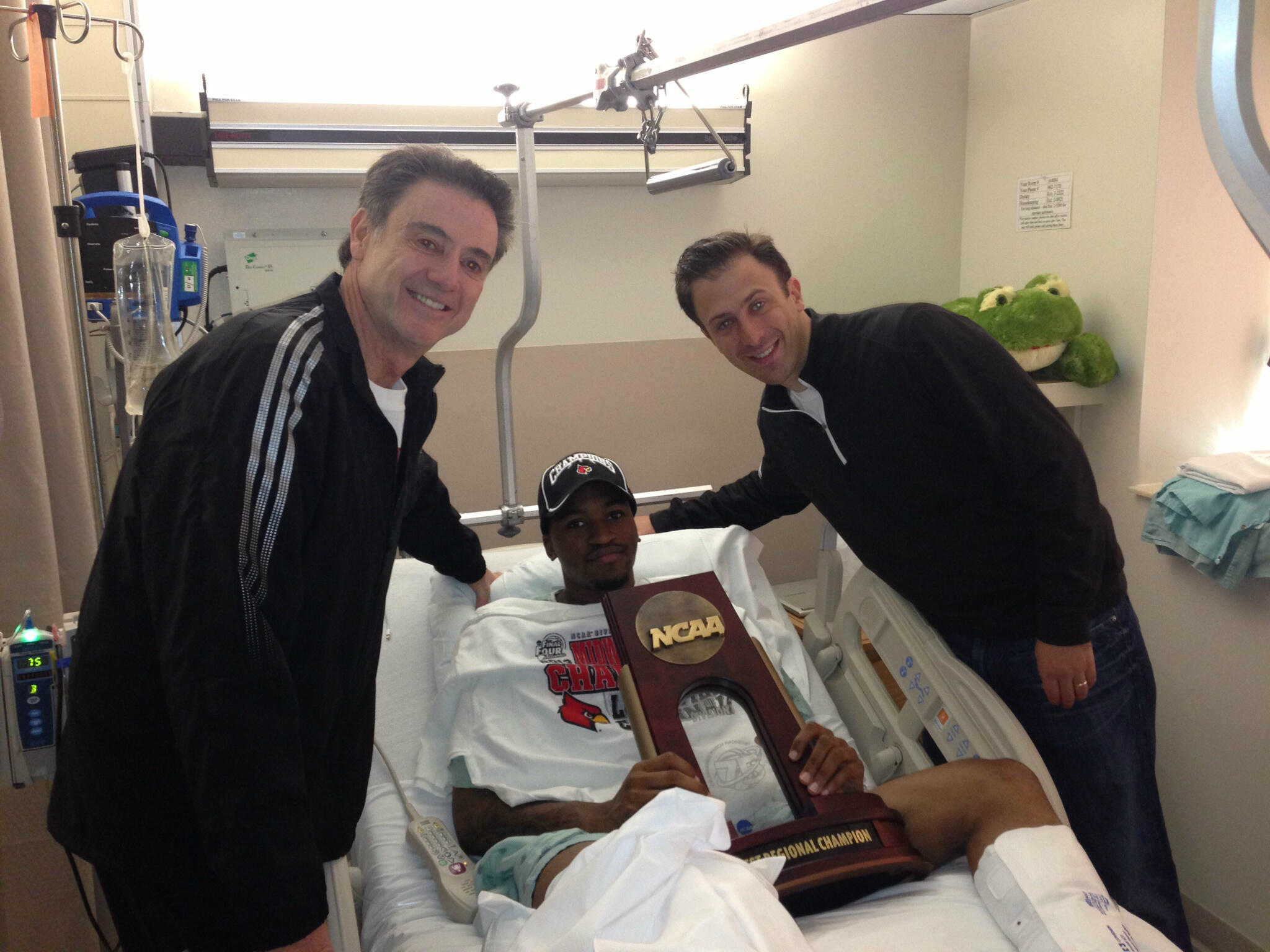 When Rick Pitino left Kevin Ware’s hospital room in Indianapolis Monday morning, he offered Ware an important choice. He could hold on to the Midwest Regional trophy that Louisville won in his honor with an 85-63 victory over Duke Sunday night, or Pitino could take it with him back to campus. “It’s staying with me,” Ware told Pitino, who, along with his son, Richard Pitino, spent the night in the hospital. And deservedly so. Despite a gruesome leg injury that horrified his team, the crowd and the nation, Ware told his teammates to”Win the game” as he was carted off on a stretcher with his leg covered. “If it wasn’t for Kevin, I don’t know if we could’ve gotten through last night,” Pitino said. Ware received a supportive call from former Redskins QB Joe Theismann, who knows a thing or two about gruesome leg injuries and reportedly watched the game from his Loudoun County, Va. home office Sunday. “My world just came to a complete stop, it was just a horrible, horrible thing to see happen — I hate to see anybody have an injury that is anywhere near anything like I went through,” Theismann told USA TODAY Sports. “All of a sudden, it’s, ‘Oh my God!’ “It’s a terrible, terrible to see. My prayers go out to him, my heart goes out to him. I know what his family is going through. “I have every belief that he’s going to be back and better than he was.” Ware was walking on crutches on Monday and is expected to leave the hospital Tuesday night, assuming no infection sets in. “It will be a long recovery, but we expect him to make a full recovery in a matter of time,” Pitino said. A Bronx native, Ware went to high school outside Atlanta, and the team used that as a motivating factor in the game. “We’re going to leave Wednesday night,” Pitino said. “Kevin will be with us. He is from Atlanta. He gets to go home and be with his family and be with us on the bench.” Photo: Kenny Klein