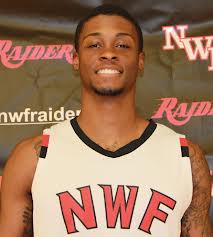 Elgin Cook, a 6-6 small forward at Northwest Florida, verbally committed to Oregon on Wednesday, head coach Steve Forbes said. The son of former NBA star Alvin Robertson, Cook also considered Gonzaga, Illinois, TCU, VCU, South Carolina, New Mexico and Arkansas. “I liked the fact that me, Damyean [Dotson] and Dominic [Artis] will have a chance to grow together,” Cook told SNY.tv by text. “I think Oregon fits my style. The fans were crazy and I’m just excited about Dana and the coaching staff.” “He chose Oregon because of his relationship with Coach Dana Altman and Coach Tony Stubblefield,” Forbes said. “He has the opportunity to play and be in the same class as Dominic Artis and Damyean Dotson. He also liked the style of play.” Cook was recently named first-team All-Panhandle and also the Freshman of the Year. He will have three years of eligibility remaining. Cook initially signed with Iowa State out of high school. He joins Louisville-bound point guard Chris Jones among high-major D-1 commits coming out of Forbes’ program. Photos: NWF Athetics