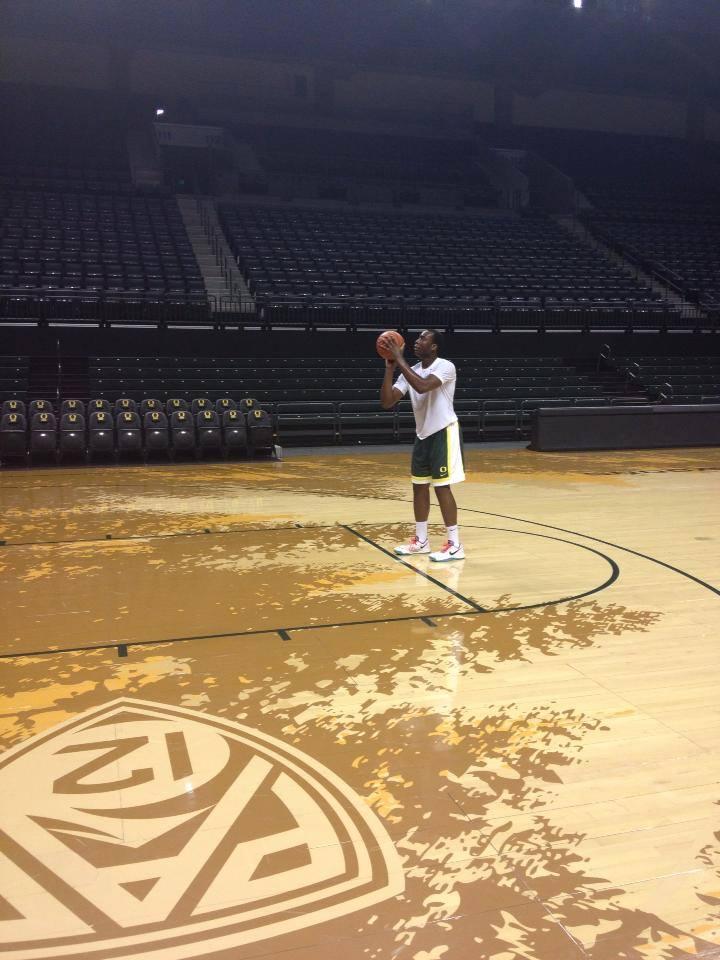 After calling Oregon coach Dana Altman to commit Wednesday night, Canadian forward Ray Kasongo has apparently had a change of mind. Early Thursday morning, the 6-foot-9, 235-pound power forward Tweeted: “I am still undecided, and haven’t made a commitment yet. I need more time to think about this and will decide where I go later on this week.” Kasongo also considered UConn and sources said he was going back and forth in his mind between the two schools before deciding for Oregon. He then committed, telling ESPN.com’s Reggie Rankin, “I got along great with the Oregon players and coach Dana Altman. It was the best fit for me” Now, he’s apparently still conflicted. Kasongo models his game after (a younger) Amar’e Stoudemire and plays for Grassroots Canada on the AAU circuit. “I love his game,” Kasongo told SNY.tv earlier this year, referring to Stoudemire. Everyone close to Kasongo seems to agree he is a freak athlete with tremendous upside. “Oh my God,” Michael Duncan, the director of the Ohio Basketball Club, Kasongo’s former AAU team, previously told SNY.tv. “[If] he gets the right culture and the right development, the sky’s the limit for this guy, I’m telling you. “He runs the floor like a deer, jumps out the gym crazy. When he came he was just raw. He’s gotta develop some post moves, gotta get a go-to move. If he ever gets the right coaching, it’s a rap. He’s gonna be unbelievable. He’s just so super-strong and athletic.”