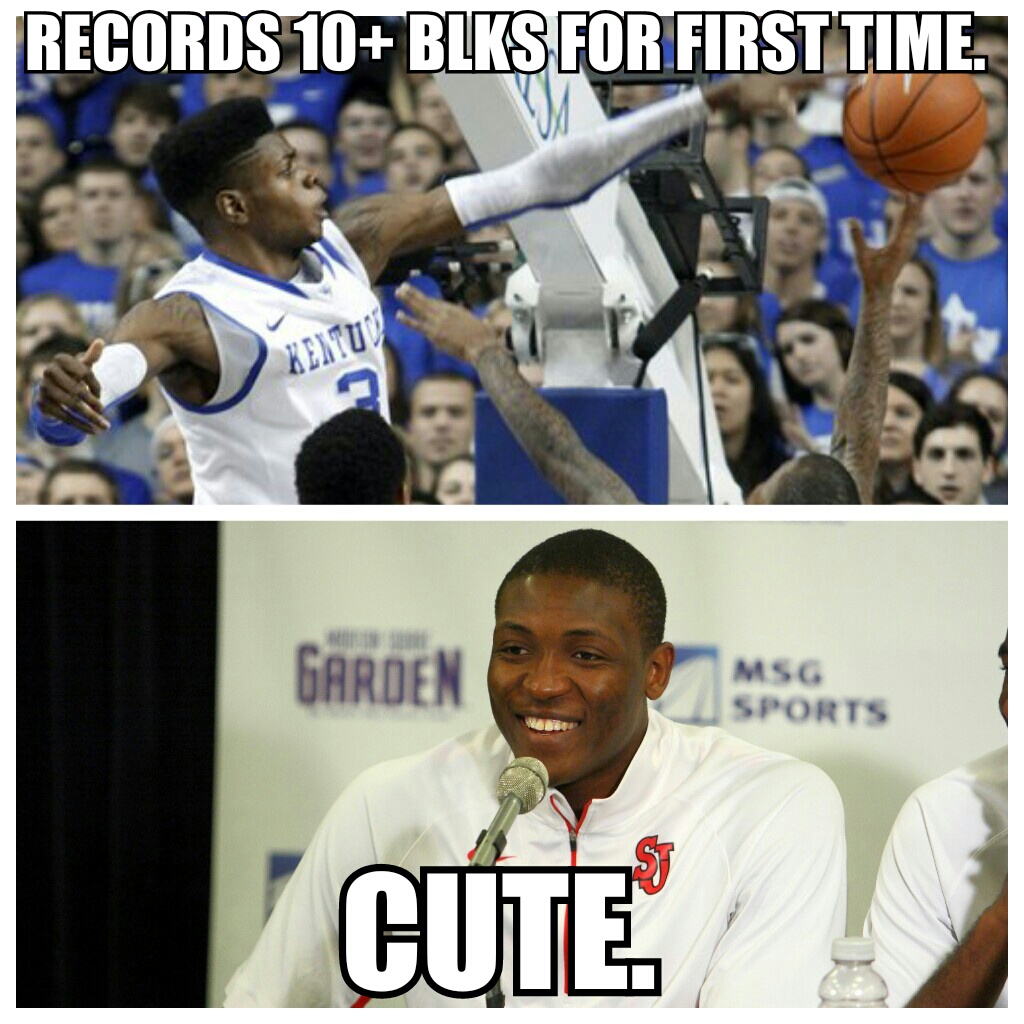 A creative St. John’s fan made this “meme” poking a little fun at Kentucky freshman Nerlens Noel. The 6-foot-10 Noel set a school record Tuesday night with 12 blocked shots and altered countless others, leading the Wildcats over No. 16 Mississippi 87-74, Kentucky’s fifth win in seven games. The previous school record for blocks in a game was nine. St. John’s freshman big man Chris Obekpa, meantime, went for 11 blocks in a Dec. 8 win over Fordham. For the season, Noel leads the nation has 94 blocks and a national-best 4.7 per game. It is worth noting that Noel has two more blocks than Anthony Davis had through 20 games a year ago. Entering Wednesday’s game vs. DePaul, Obekpa is second with 91 blocks and was second nationally at 4.55 per game. Noel is projected as one of the top couple picks in the June NBA Draft, while Obekpa probably needs at least another year on campus. Again, this meme was created by a St. John’s fan and not by me. I’m just passing it along.