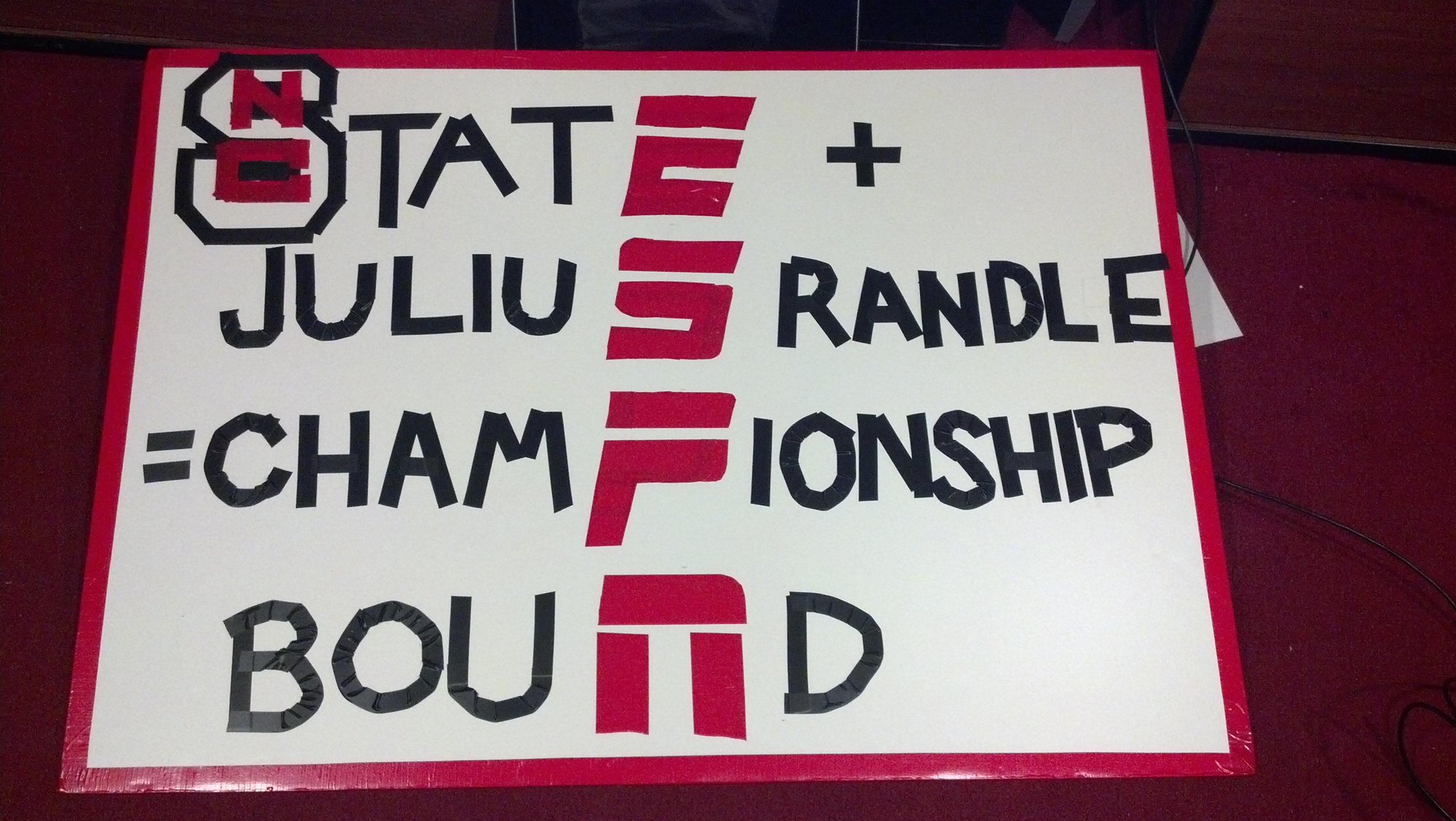 Julius Randle watched N.C. State put on a show against North Carolina. With the 6-foot-9 Randle on an official visit, the No. 18 Wolfpack cruised past the arch-rival Tar Heels, 91-83, in ACC action Saturday in Raleigh, N.C. “It’s a significant win for us,” Wolfpack coach Mark Gottfried said. “To get where you want to be as a program, you have to take certain steps to get there. This was a big one for us.” Five players reached double-figures for N.C. State, including point guard Lorenzo Brown, who played brilliantly in putting up 20 points, 11 assists and five turnovers. The sell-out crowd, buzzing since early Saturday morning for ESPN’s College GameDay show at PNC Arena, was at full blast on Saturday night. “I’ve coached a lot of games and went to a lot of places while I was a broadcaster and I don’t think I have ever seen a crowd as energized as the one we had tonight,” Gottfried said. “It was an incredible atmosphere.” Randle was one of several high-profile recruits on campus for the game, and posed for this photo he put on Instagram. “Haaaa N.C st fans are crazy,” he Tweeted. The Wolfpack already have 6-8 forward Kyle Washington signed for next year, along with 6-8 DeMatha Catholic big man Beejay Anya and 6-1 Hampton (Va.) point guard Anthony “Cat” Barber. They would love to add Randle, a close friend of N.C. State freshman guard Rodney Purvis, to that group. “We’ll hopefully add one or two more [recruits] this year,” Gottfried told SNY.tv last month in New York. “You gotta have good players, I know that.” Randle will visit Texas Feb. 9 and Kansas Feb. 16. He’s also considering Kentucky, Oklahoma and Florida, and will sign in the spring signing period beginning April 17. (Gottfried quotes from N.C. State Athletics Website; Photo: Julius Randle Twitter) .