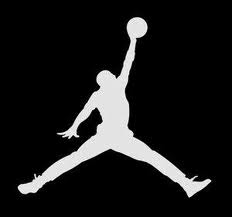 By JOSH NEWMAN Special to ZAGSBLOG After a successful run at Madison Square Garden, the Jordan Brand Classic is coming back to Gotham on April 13, only this time it will be held in a different venue. On Thursday afternoon, Jordan Brand announced plans to bring the 12th Annual JBC, which trails only the McDonald’s All-American Game in prestige, to the brand new Barclays Center in Brooklyn. The JBC was played at Madison Square Garden from 2005-10 before heading to Time Warner Cable Arena in Charlotte. “After spending two great years at Charlotte’s Time Warner Cable Arena, we decided to bring the Jordan Brand Classic to Brooklyn at Barclays Center,” Jordan Brand President Larry Miller said in a statement. “We are extremely excited to host this incredible talent in a borough famous for high school basketball.” Rosters will be announced in February and it is a safe bet that late signees Andrew Wiggins, Julius Randle, Aaron Gordon and Dakari Johnson — and perhaps New York’s Jermaine Lawrence — will all be invited. Tickets for the event, which will be broadcast nationally on ESPN2, go on sale Jan. 11 at 10 a.m. at Ticketmaster and at the Barclays Center box office beginning Jan. 12 at 10 a.m. Aside from the national game, the JBC will include a regional game, showcasing the top high school and prep school players from the New York metropolitan area in a City vs. Suburbs format, and the sixth annual International Game featuring the top 16-and-under players from around the world. The national game will tip off at 8 p.m., following the international game at 3:30 p.m. and the regional game at 5:30 p.m. “Brooklyn has been the home of many of the greatest-ever high school basketball players in the country, so it’s only fitting for Barclays Center to host the nation’s best high school all-star game,” Barclays Center CEO Brett Yormark said. “We are proud to welcome the Jordan Brand Classic to Brooklyn and look forward to watching the future stars of the sport.” Follow Josh Newman on Twitter

Kasey Hill Wants to Play With Julius Randle at Florida