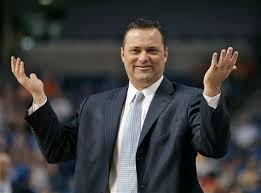 LUBBOCK, Tex. (AP) — Texas Tech coach Billy Gillispie has resigned because of health concerns, the university said Thursday, ending a disappointing one-year run at a program he had intended to turn into a powerhouse.

The university and fans had hoped that Gillispie, 52, could orchestrate a turnaround like the ones he put together at Texas-El Paso and Texas A&M. Instead, he led the Red Raiders to an 8-23 record last season.

Gillispie did not immediately return a call from the AP for comment.

Jabari Parker has added UConn to his list and he will meet with new head coach Kevin Ollie next Thursday or Friday, Sonny Parker confirmed to SNY.tv.

“Yeah, yeah, it’s one of the schools he wanted to have a home visit,” Sonny said, confirming a report by ESPNChicago.com. “He put that schedule together.”

The 6-foot-8 Parker, the No. 1 prospect in the Class of 2013 out of Chicago Simeon, now has 11 total schools on his list, including including BYU, DePaul, Duke, Florida,Georgetown, Kansas, Kentucky, Michigan State, North Carolina and Stanford.

Credit Ollie with getting in there at the last minute.

Source: UCLA’s Anderson Expected to Be Cleared by NCAA 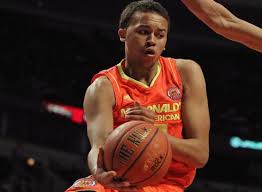 UCLA freshman guard Kyle Anderson is expected to be cleared by the NCAA to play this season, a source with direct knowledge of the case told SNY.tv Thursday.

“The UCLA compliance office is confident that he will be cleared before practice starts Oct. 12,” the source said.

The NCAA looked into the recruitment of the 6-foot-9 point guard in early August, the source said.

The 6-foot-2 Severe is ranked the No. 43 shooting guard in the Class of 2013 by Rivals. He has already visited George Washington officially and will trip to Rutgers for its Midnight Madness Oct. 12.

“He works really hard on his game,” Christ the King coach Joe Arbitello told SNY.tv. “Any school who gets him will have a tough, hard-working player who will only get better.”

Isaiah Lewis, one of the top 2013 point guards in the Northeast out of St. Patrick High School, will be contributing periodically to ZAGSBLOG during his senior season. Here’s his third entry.

It’s Isaiah and I’m here just to let you all know how my recruiting has been going.

I’m now at St. Patrick’s in N.J. and everything has been going well for me. I’m taking all the classes I need to graduate. It’s a small setting for me, just for basketball and books, which I need.

Agau to Louisville; Newkirk to Pitt

Louisville and Pittsburgh both picked up key 2013 verbal commitments Wednesday.

Akoy Agau, a 6-foot-9 power forward from Omaha (Neb.) Central, pledged to the Cardinals during an in-home visit with head coach Rick Pitino.

“They see me as a guy who can do a little of everything and make plays for teammates,” Agau told InsideTheVille.com recently. “They are going to utilize all my strengths and put me in a position where I can be successful and also help out the team with all the abilities that I have.