Davon Reed to Miami, Wants to Bring Friends With Him

Davon Reed, a 6-foot-5 wing out of The Princeton (N.J.) Day School, has pulled the trigger.

“After a very long process, I have decided to commit to the University of Miami!!!,” Reed Tweeted.

“I think he just believes in what Coach [Jim Larranaga] has going on down there,” Team Final coach Rob Brown told SNY.tv. “He kind of took over somebody else’s team and had success with it and they have five or six freshmen coming in with that class. Davon’s trying to bring some of his friends with him.”

It isn’t often that a Division 3 school hiring an assistant coach makes news, but Hunter College did just that on Friday.

Lau is the infamous New York-based basketball personality who was a mentor to former New Jersey prep star Derrick Caracter and an alleged runner for NBA agent Dan Fegan.

“Eddie has a genuine love of the game and is committed to helping young people,” Berry told SNY.tv in an exclusive interview. “He will be very helpful in the areas of player relationships and development.

“Their guard situation is very uncertain,” Van Gundy told SNY.tv during an exclusive interview at the Brayden Carr Foundation clinic Friday at Rutgers.

“[Iman] Shumpert when he comes back [from ACL surgery] will help them a great deal. I thought he was great defensively. But who’s playing the point?”

The New York Post reported the players fought with three men and two women on the track team, but a school spokesman told SNY.tv, “No other student-athletes were implicated in this incident.”

Four people were taken to Brooklyn Hospital for treatment. 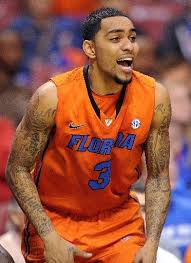 PISCATAWAY, N.J. — As Mike Rosario heads into his senior season at Florida, his former and current coach share one thing in common.

They both want to see the vastly talented shooting guard from Jersey City, N.J., realize his potential.

“One of the most frustrating things in life is when someone with potential doesn’t reach their potential,” Hall of Fame St. Anthony coach Bob Hurley told SNY.tv at the Brayden Carr Foundation Clinic at Rutgers.

The 6-foot-6 Williams will take an unofficial to North Carolina Oct. 12 and will visit Indiana officially Oct. 19-21.

He is also considering Louisville, Ohio State, Arkansas and Alabama, but has no other visits set.

“I’m still looking to trim [my list] down,” he told SNY.tv Friday by phone.

Graham, a 6-foot-5, 172-pound shooting guard ranked No. 12 at his position in the Class of 2012 by Rivals, is still awaiting word from the NCAA Eligibility Center on whether he will be cleared to play.

“I’m partially cleared,” he said. “The NCAA is basically saying [if] I can get accepted into a school, then it will clear faster.”