Jabari Bird to Cal, Wants to Bring Others Along

Jabari Bird committed to Cal as expected on Wednesday, and now he wants others to follow him.

“I’m definitely trying to get them now,” he told the paper after taking a weekend visit to Cal with both of them. “Hopefully, they can be Cal Bears with me. For the most part, both Marcus and Aaron liked the visit a lot. I’m just trying to build on that with them, so I can convince them to come to school with me.”

“I set up the three visits,” Roberson told SNY.tv by phone after the news was first reported by JayhawkSlant.com.

“I felt comfortable with taking visits there.”

On SMU: “I like Larry Brown. He has a lot of

If Maria Sharapova wants to compete in

The 6-foot-4 point guard from Philly Vaux Roberts will trip to UCLA Sept. 22-24 and to Maryland Oct. 12-14 for their Midnight Madness, Kamal Yard said.

“As of right now, we’re talking with Syracuse a lot lately,” he said. “That’s up in the air.”

Ricky Ledo will be able to practice but not play for Providence this season.

The 6-foot-5 wing from Providence was ruled a partial qualifier with full participation but is exempt from competition this season. He is currently enrolled in classes and can compete during the 2013-14 season, according to the Providence Journal.

Providence coach Ed Cooley told the Journal Ledo “is in good spirits. He’s appreciative of being here but he knows he has work to do. This is a great opportunity for Ricky.”

Oak Hill players Troy Williams and Sindarius Thornwell will host a series of home visits at the Virginia school beginning next week and will then plan their officials from there, head coach Steve Smith told SNY.tv. 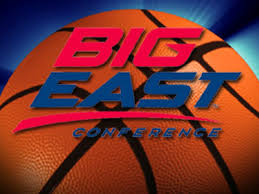 PROVIDENCE, R.I. –  The BIG EAST 2012-13 men’s basketball conference schedule has two familiar traits.  Every conference game will be televised and more than half – 56 percent — will be seen on national television.  The schedule also is loaded with heavy duty matchups.  Nearly 80 percent of the league contests will include at least one team that played in last season’s NCAA Championship and 27 percent will feature two NCAA squads.

On the national television slate, ESPN & ESPN2 will carry 45 conference games.  At least 24 league games will be televised on ESPNU, which reaches more than 73 million homes.  CBS Sports has six BIG EAST contests, its highest number of conference games in 20 years, and one non-league game.  ESPN will continue to televise The BIG EAST Championship presented by American Eagle Outfitters from Madison Square Garden in New York.  The dates for the 2013 event are March 12-16.  It will be the 31st BIG EAST tournament at MSG.

At least 75 of the 135 regular-season BIG EAST games will be on national television.  One hundred seven of the 135 will include one team that played in the 2012 NCAA Championship.  Thirty seven games will have two NCAA squads.  BIG EAST teams will play, on average, 10 nationally televised games during their 18-game league schedules.  The remaining conference games will be produced by ESPN Regional Television for the BIG EAST Network.  All BIG EAST Network games will be available on ESPN3.