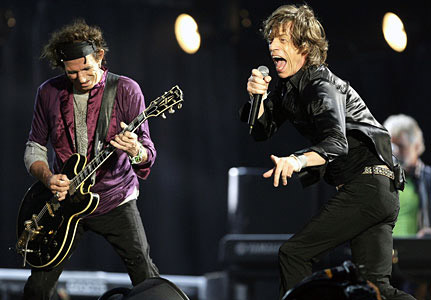 The Rolling Stones will play two shows in Brooklyn in December with good seats going for $500 a pop, according to a report on Showbiz411.com. The band turned 50 this year and has yet to perform publicly in 2012, but that could soon change. According to the report, the Stones will get $25 million for four total shows, two in London in November and the two shows at the Brooklyn Barclays Center. If that’s the case, that’s a huge coup for the Barclays in terms of outdoing Madison Square Garden for arguably the biggest band in the history of rock ‘n’ roll. The Barclays Center opens Sept. 28 with eight shows by Jay-Z and is also hosting Neil Young and Crazy Horse the same week the Stones are reported to play. Here’s the report:

Exclusive: sources inside their camp tell me that the Rolling Stones will play four shows this November and December, two in London and two in Brooklyn, NY. They will be produced by Sir Richard Branson, who will use the events to launch his VirginLive. Branson is paying the Stones a total of $25 million for the four dates–topping bids from Live Nation, Michael Cohl, and AEG Live. The dates are November 26 and 27 in London at the O2 Arena and December 6 and 7 at Brooklyn’s Barclay Center. Because the amount Branson is paying is so high, ticket prices are going to be astronomical. I’m told the prices could be around $500 face value, and $200 for the nosebleed seats. “It’s a loss leader for VirginLive,” says the Stones insider, “because Branson just wants to make a splash in the live field.”