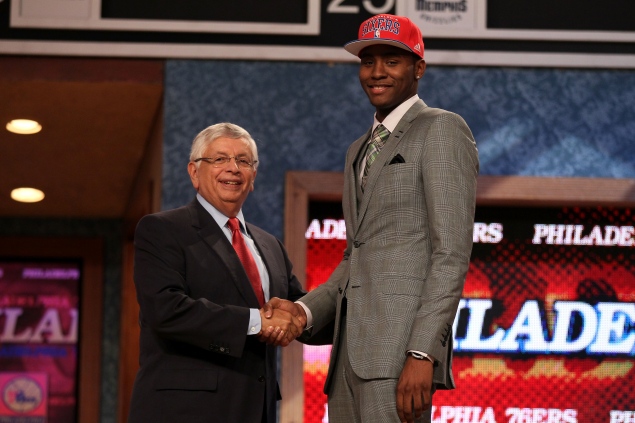 Philadelphia 76ers rookie Moe Harkless was approached by the Puerto Rico Basketball Federation about playing in the Olympic Qualifying Tournament in Venezuela, but has declined in order to focus on his NBA commitments. “We sat with the organization and are open to exploring Maurice Jose Harkless possibly playing in the future,” Harkless’ mentor, Nate Blue, told SNY.tv. “But with the NBA Draft process and summer league, we knew it was wise to sit this one out. We will explore both Team USA and Team Puerto Rico in the near future.” The 6-foot-9 Harkless was taken with the No. 15 pick in this year’s NBA Draft out of St. John’s. Florida guard Mike Rosario, who starred at St. Anthony in Jersey City, is playing for Puerto Rico in the Olympic Qualifying Tournament July 2-8 in Caracas, Venezuela. And Karl Towns, a 6-10 rising sophomore at St. Joe’s-Metuchen High School, is on The Dominican Republic team being coached by Kentucky coach John Calipari. The top three teams from that event qualify for the London Olympics.