Former St. Anthony Star Cheek Wants to Get Grandma Out of the Hood | Zagsblog
Follow @adamzagoria

Former St. Anthony Star Cheek Wants to Get Grandma Out of the Hood 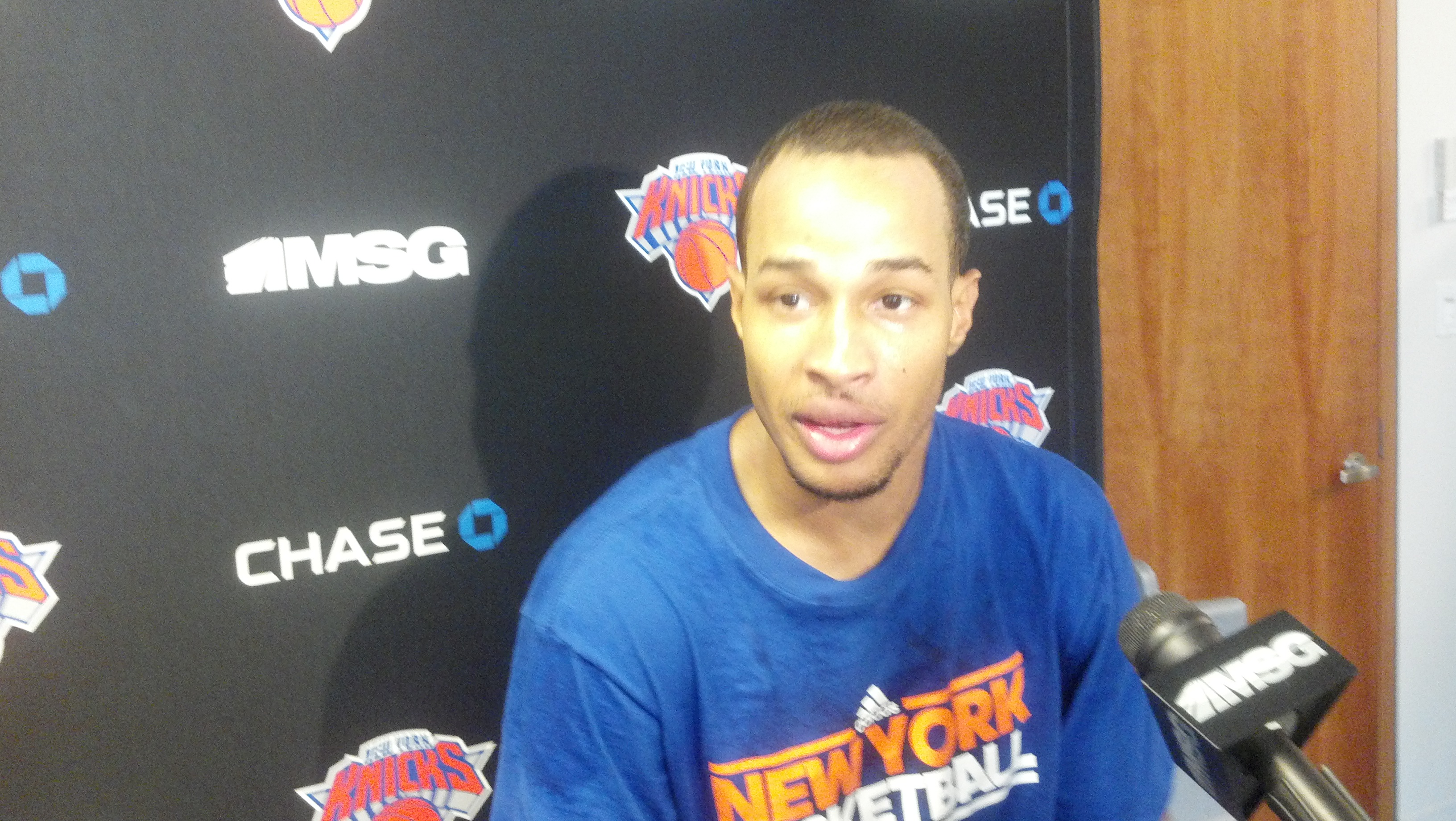 GREENBURGH, N.Y. — Dominic Cheek got a phone call at around 9 o’clock Thursday morning asking if he was available to come work out for the Knicks. A spot had opened up because former Georgetown forward Hollis Thompson is sidelined with a sports hernia. Thompson attended the Knicks work out but did not compete. So Cheek, a former McDonald’s All-American under Hall of Famer Bob Hurley at St. Anthony, got the call. “It was like a last-minute call,” said Cheek, who averaged 12.5 points and 3.9 rebounds in his junior season at Villanova. “The Knicks just called me and I just drove right up here. “But I want to show them that I’m competitive and that I can knock down the jump shot and I’m improving my ball-handling. You know, whatever they need.” Cheek raised some eyebrows when he opted to leave school early, following fellow junior Maalik Wayns out the door of Jay Wright’s program. “Dominic Cheek needs to stay in school and get his degree,” one veteran NBA scout told SNY.tv. “He hasn’t played well at Villanova. I mean, you know that.” The 6-foot-6 Villanova junior wing may well go undrafted but is turning pro in order to help financially support his grandmother, Izaphine “Ice” Howard, who helped raised him from the age of 5 in the rugged city of Jersey City, N.J. “My grandmother lives on Lexington, probably one of the worst streets in Jersey City,” Cheek said. “I’m just trying to make a dream come true, just trying to provide for my grandmother and my two little brothers. “To be honest, I’m just trying to get my grandmother out of Jersey City so she can live comfortably.” Cheek said he got positive feedback after a workout with the Miami Heat and  also worked out with the Philadelphia 76ers. “I got some great feedback in Miami,” he said. “They really liked me out there. I competed with the other players and they told my agent they really liked me.” Cheek is repped by Happy Walters, who also represents Knicks Amar’e Stoudemire and Iman Shumpert and former St. John’s standout Moe Harkless, a projected first-round pick. “He just keeps telling me to stay focused and just go in and prove to teams that you play hard and that you can compete,” Cheek said. Cheek was never considered a great defensive player in college, but he says he’s improved. “To be honest with you, I’m a great defensive player,” Cheek said. “I couldn’t really prove it too much in college, but that’s one thing that I did in high school and I still can do it right now. “So that’s what I gotta prove to a lot of NBA coaches. Every time I go in the workout, my main focus is to show that I can play ‘D.'” As for his last-minute call to work out for the Knicks, he said: “It’s definitely a dream come true. I live about 40 minutes away from New York and I would love to play for the Knicks.”