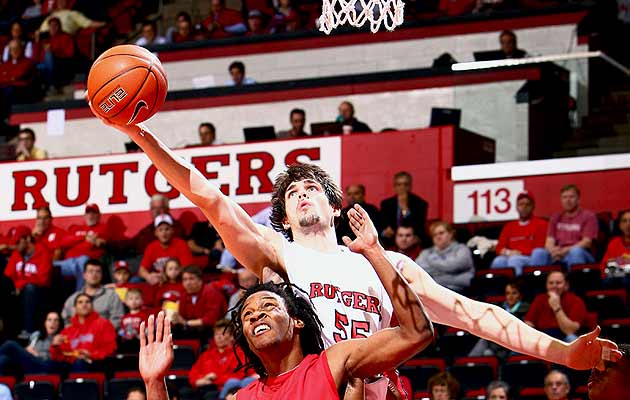 Gilvydas Biruta will re-join his old high school coach Dan Hurley at Rhode Island. “I have a great deal of respect for Coach Hurley and I know that he will develop me as a student-athlete,” Biruta told SNY.tv. “The school is in a great location and has a beautiful campus. I am excited to play for Hurley once again.” Biruta played for Hurley at St. Benedict’s Prep before committing to then-Rutgers coach Fred Hill. He now must sit a year before being eligible to play for Hurley at Rhode Island. The 6-foot-8 sophomore from Lithuania averaged 9.7 points and 5.3 rebounds last season for Rutgers, which finished 14-18, 6-12 in the Big East. Biruta is the second player Hurley has picked up since taking the job. He got 6-9 forward Jordan Hare of Michigan to recommit after Hare initially pledged to former coach Jim Baron.